Amazon Prime builds up its Aussie content, The Bold Type makes a fourth impression while Disney Plus looks inside one of its biggest animations and first streams a box-office killing kids film.
Jini Maxwell 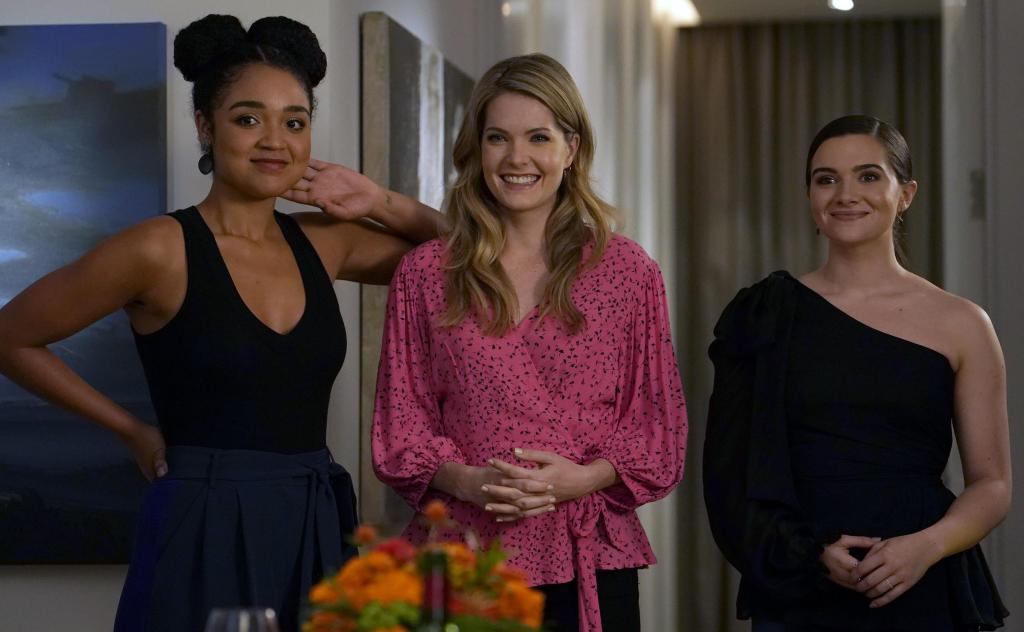 That’s right baby, the girls of The Bold Type are back! Image supplied.

Social restrictions are lifting – just in time for the cold weather to keep us inside regardless! Swings and roundabouts, huh? Well, no matter – this month brings a fabulous array of new films and TV from local and international streamers.

Melodramatic book nerds everywhere, rejoice! The Bold Type returns from its season 4 midseason hiatus on 12 June. It’s a perfect silly show to cosy up with on a Friday evening, and lucky for us, episodes will continue streaming every Friday throughout the month. If you’re looking for some drama to tide you over until then, the second season of Killing Eve will also stream on Stan from 1 June.

Stan has clearly also picked up on our early-winter need for movie marathons: 2 June sees seven films from the Fast and Furious franchise will be added to the platform – and if the idea of a million hours of car movies fills you with utter dread, Stan has also acquired the Bridget Jones Diary trilogy, which premieres just a few days later, on 8 June, and the original Jurassic Park trilogy hits the platform on 11 June.

RuPaul’s Drag Race, Steven Universe: Future, and Penny Dreadful will also continue on a weekly basis throughout the month.

AMAZON PRIME:
Amazon Prime is bringing some solid Australian content this month, starting with all six seasons of Aussie TV Classic, Packed to the Rafters, on 1 June. Once you’ve binged that for a couple of weeks, you might want to move onto LOL: Last One Laughing, an original comedy series that will launch on 19 June. Hosted by Rebel Wilson, this new comedy game show will see 10 Australian comedy personalities face off in that classic schoolyard game: a try not to laugh challenge.

On top of these local offerings, Prime will start streaming 8 Seasons of Keeping Up with the Kardashians from 1 June, quickly followed by 13 seasons each of Criminal Minds and It’s Always Sunny in Philadelphia on 5 June. It’s also adding some interesting films to its repertoire: watch out for In The Heart of the Sea and American Sniper on 1 June, and The Farewell on 4 June.

It’s a pretty quiet month for Foxtel Now in terms of original content – perhaps as they prepare for some bigger internal structural changes. The streaming service will premiere its second season of its TV adaptation of the Jemaine Clement and Taika Waititi cult classic, What We Do in the Shadows, on 25 June.

They make up for their lack of original content in a dazzling array of films coming to the service, however. From Miami Vice to The Great Gatsby to Basic Instinct to Sixteen Candles (all streaming from 1 June), there’s something for everyone in this selection, whether you’re after a classic or a recent hit. On 4 June, everyone’s favourite horrifying clown reaches our screens, as IT: Chapter 2 starts streaming, followed by sci fi favourites Ad Astra and Event Horizon on 18 June.

Netflix brings back a few classic (and controversial) favourites at the start of the month: season 4 of 13 Reason Why comes back on 5 June, and Queer Eye’s 5th season reaches our screen on the same day.
Netflix comes through with some new Original Comedy Specials this month, too – most notably, a chaotic new offering from Eric Andre titled Eric Andre: Legalize Everything, which will reach out screens on 23 June.

All four Mission: Impossible films hit our screens on the first of June, alongside Oscar-winning features Moonlight and Blade Runner: The Final Cut. Closing out the month comes another classic: The Big Lebowski will stream on the platform from 30 June onwards.

The film adaptation of Artemis Fowl makes its global premiere on the streaming channel on 29 May. Based on Eoin Colfer’s middle grade classic, this film is the latest in a slew of major releases to go direct to streaming; with an audience as huge and dedicated as the Disney monoliths, we’re sure that the boy genius will be a popular addition to the streamer.

Disney is also adding the 1997 animated 101 Dalmatians to its Australian streaming lineup on 26 June; apart from that, if you want the classics, the latest content is mostly documentaries, spinoffs, and TV adaptations. The most exciting of these is Into The Unknown: Making Frozen 2, a documentary that explores the making of the chilly children’s hit that broke international release day records. Into the Unknown will stream from 26 June. Also on that date, we see the second season of the tv series Big Hero Six premiere, as well as the second seasons of Rapunzel’s Tangled Adventure and Marvel’s Spider-Man. If you’re after some good Disney content earlier in the month, you might have to stick with documentaries – but there are some good ones about. 5 June sees the debut seasons of four new shows that look set so delight: Alaska’s Grizzly Gauntlet and Wild Hawaii, for anyone curious about the wilds of North America. The first season of Wild India proves to be a fascinating look into a huge variety of wildlife and ecosystems, from the Himalayas to tiger jungles. Finally, the first season of Genius by Stephen Hawking comes to Disney plus via PBS on the same day, ready to reignite our interest in science and the stars.