With the ABC knocking it out of the park with original comedy and classic Aussie films, let's look at what to watch (or not) on Stan, Amazon Prime, Netflix, and iview.
Jini Maxwell 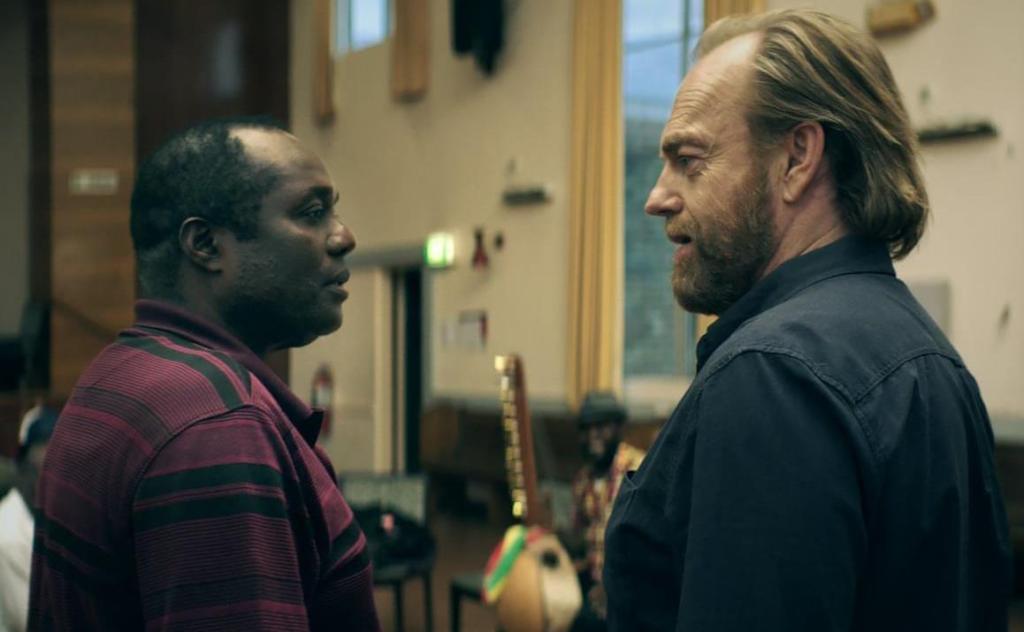 Hearts and Bones, starring Andrew Luri and Hugo Weaving, will stream on Stan from 26 July. Image via Madman.

It’s a big month for Australian content, with a lot of exciting new stuff coming to streaming services in Australia. Comedy seems to be the word on everyone’s lips this month, with original Aussie comedies running on Amazon Prime, Stan, and ABC iview, to get us through the dark winter months.

And the comedy news doesn’t stop there; on top of newly commissioned work, there’s the question of the controversial comedies that have suddenly found themselves without a platform.

Let’s start with the resoundingly good: time to sound the new Aussie comedy series klaxon! Screen Australia and ABC are bringing Retrograde to ABC iview on 8 July. A six-part series developed, produced, and post-produced entirely in lockdown, the series follows a bunch of thirty-somethings who commiserate via a virtual bar during the pandemic.

Maya Newell’s critically acclaimed documentary In My Blood It Runs comes to the streaming platform from 5 July, for anyone who missed the documentary following charismatic Arrernte/Garrwa boy Dujuan, and his family.

Shaun Micallef’s documentary series about our relationship with alcohol, On the Sauce, also airs from 21 July.

ABC iview is bringing a host of incredible and diverse Australian films coming to the streamer. The range is immense, with Animal Kingdom, Balibo, Dogs in Space, He Died with a Felafel in his Hand, Lantana, Samson and Delilah, Snowtown, Wake in Fright, and Strictly Ballroom among the classics that are, streaming from now until August. The Silver Brumby will also stream until October, along with Proof and The Delinquents. If you’re quick, The Cup, Bran Nue Dae, and Beautiful Kate are also streaming for the first two weeks of July.

Hard Quiz will also return to the roster of regular shows, to air every week, a little shred of normalcy in our socially isolated world.

Stan’s programming brings us some brilliant Aussie highlights this month. On 10 July, Relic will premiere, the first of a series of original films slated to debut on the platform this month. Directed by Natalie Erika James and produced by Jake Gyllenhaal, this sinister domestic thriller stars Robyn Nevin, Emily Mortimer, and Bloom’s Bella Heathcote, and looks sure to scare.

July 26 will also see Hearts and Bones reach the platform, though it’s been available elsewhere for a while. Here, Hugo Weaving stars as a returned war photographer, who strikes up an unlikely friendship with a South Sudanese man (Andrew Luri, in his AACTA nominated debut role). As the two delve into a mystery of the man’s missing daughter, even more questions about their past arise — this promises thrilling watching for anyone interested in engaged, heartfelt drama.

Read: Film Review: Hearts and Bones is warm and human

In light of the Black Lives Matter protests, Tina Fey has requested that four 30 Rock episodes featuring blackface have been removed from streaming platforms. In Australia, that means that the four episodes have been quietly removed from Stan — though The Unbreakable Kimmy Schmidt, which has recently come under fire for starring a white actor in a Native American role throughout, is still streaming on Netflix.

An interesting feature of Netflix’s offerings this month is what’s not there. Four of Chris Lilley’s comedy shows have been quietly removed from the platform, following the streaming platform’s public support of the Black Lives Matter movement. Lilley’s most recent offering, Lunatics, and J’amie Private School Girl remain streaming for now, despite the former’s criticism for featuring Lilley as a woman with afro-style hair and darkened skin, but Summer Heights High, We Can Be Heroes, Jonah from Tonga, and Angry Boys, have all been removed. Lilley’s character work has long garnered public criticism for his use of blackface, and for perpetuating racist stereotypes, and this isn’t the first time his work has been removed from a station or platform due to racism. In 2017, Jonah from Tonga’s run on Māori television was cancelled by the board, for perpetuating negative stereotypes of Pacific people.

There’s plenty of new content in the works, however: for one thing, Jack Whitehall drops his new Netflix Original Comedy, Jack Whitehall: I’m Only Joking on 21 July, and for the romantics among us, wedding reality TV show Say I Do premieres on 1 July. I you’re not ready for that kind of commitment, O Crusho Perfeito hits our screens on 10 July.

For horror buffs, Ju-On: Origins premieres on 3 July, promising to bring back the horror of the 2002 The Grudge with a new storyline, and some other old favourites gets new seasons: Norsemen is back for season 3 on 22 July, followed quickly by season 3 of Good Girls on 26 July. The Umbrella Academy also gets a second season to round out the month. The teen favourite will see a full second season drop on 31 July.

Finally, Prime Video has some classic films streaming from 1 July, including some choice noughties nostalgia, like Nick and Norah’s Infinite Playlist and Big Fish. Prime keeps streaming the classics, too, with a new season of Antiques Roadshow, and the addition of everyone’s favourite cartoon Aardvark, Arthur, also streaming from the first of the month.

This month also sees another seasoned favourite join the platform: five seasons of the GLAAD-award-winning family drama, The Fosters will stream on the platform from 6 July.

If you’re after something new, you should turn your eye (the 2008 film The Eye, and its sequel, are actually also streaming this month, as an aside) to later in the month. Vivarium, a new scifi feature starring Jesse Eisenberg, streams from 11 July. Feature-length documentary Shakulanta Devi: The Human Computer also streams from 15 July, celebrating the record (and boundary)-breaking maths genius of the same name.

Speaking of women geniuses, Rosamund Pike reaches our screens as Marie Curie in the Amazon Original, Radioactive, which streams from 24 July, which is sure to open eyes and break hearts.

But then again, maybe the work feels heartbreaking enough, in which case, My Spy might be the perfect Amazon Original for you. Starring David Bautista as a hardened CIA agent and Chloe Coleman as his bright-eyed, wisecracking nine-year-old protegee, this feel-good family romp also features Ken Jeong and Kristen Schaal, and streams from 26 July.