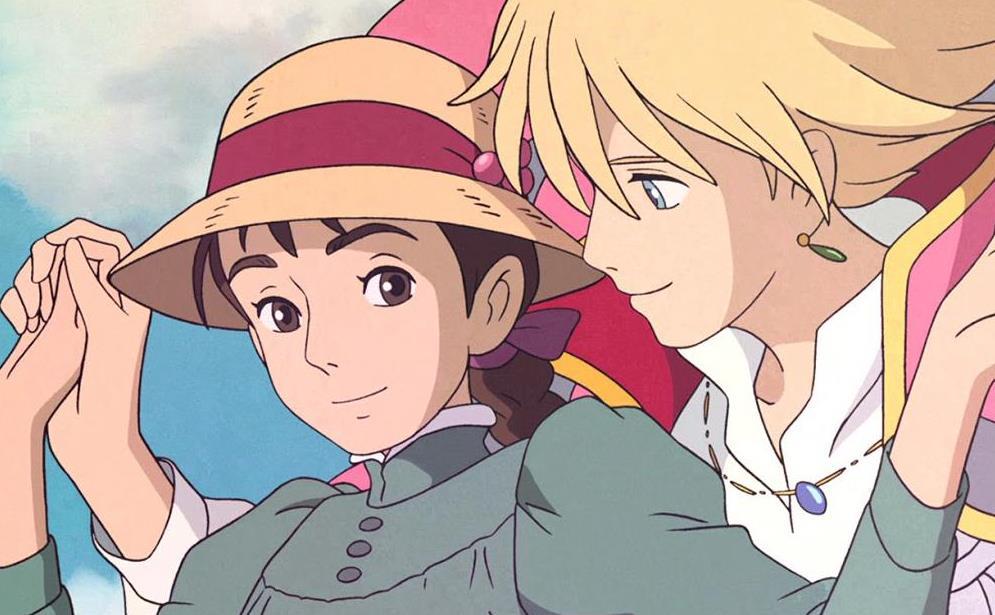 Welcome to the season of love, onscreen and IRL. Image via Mad.

It’s February. The days are longer, the new year’s resolutions are a distant memory in our minds, and we are ready to cozy up with a good show – and as Valentine’s day looms closer, maybe some good company. This month animations reign supreme across the platforms, with new seasons of Star Wars Resistance, Steven Universe, an unexpected new Marvel anime. On top of all this, Netflix delves into the archive to bring us a series of anime classics that will delight viewers of any age.

Netflix has responded to the gauntlet Disney+ threw down with a raft of new child-friendly content, including anime classics from Studio Ghibli, which were previously shockingly unavailable on any streaming platform. 1 February saw beloved animations Kiki’s Delivery Service, My Neighbour Totoro, Ocean Waves, Only Yesterday, Porco Rosso, and Tales from Earthsea added to the streamer’s roster, to the delight of children, animation nerds, and tender hearts everywhere. Speaking of old favourites, Lara Jean and Peter return to our screens and our hearts in a sequel to To All The Boys I Loved Before with To All the Boys: P.S. I Still Love You on 12 February, just ahead of Valentine’s Day.

Riding the wave of lucrative comicbook adaptations, a Netflix original series of Locke & Key will also premier its magic-filled first season on 7 February.

In the leadup to Oscar season, Netflix are also releasing Road to Roma, a documentary reflection on Cuarón’s Roma (2018), which took out Best Director, Best Foreign Language Film, and Best Cinematography at the 2019 Oscars.

Stan started the month strong and confident, with The Final Quarter streaming from 1 February.

Crime and mystery fans will be pleased to learn of Stan’s new 8-part series Hidden, which traces the events after an unknown woman’s body is found in a disused quarry. Stan is leaning into documentaries pretty hard, with the second half of Oscar-winning documentary series The Wrong Man playing weekly from 10 February, as well as two new documentaries on the Wu-Tang Clan: Wu -Tang, an American Saga, which looks at the formation and rise of the group, and Wu-Tang Clan: Of Mics and Men, which strings together the narrative of the band through archival footage, performances, and interviews.

This month’s programming seems pretty weighted towards adult viewers, but there is a treat here for the young-uns (or the young-at-heart): Steven Universe: Future, an epilogue to the wildly popular Steven Universe series. This will join the full series and feature film on the streaming channel, along with Stan’s wide variety of kids cartoons.

This month sees the premiere of Jordan Peele’s new show, Hunters. The show follows a band of Nazi hunters, led by Holocaust survivor Meyer Offerman (Al Pacino), in 1970s America. For lovers of all things conspiracy (and Jordan Peele!), this is sure to wow, on 21 February.
Other than this hotly anticipated new series, Amazon Prime seems to be sticking to classics. Prime will platform a bunch of favourites, from fun flicks like Bridget Jones’ Diary, Cheech & Chong’s Still Smokin’, and Magic Mike, to kooky cult favourites like Earth Girls Are Easy, Judgement Day, and Dick Tracy on 1 February.

The eclectic hits keep coming throughout the month, from comedy The Cabin in the Woods, which comes to platform on 3 February, to disaster classic Alive, which reaches our screens on 9 February, to Lulu Wang’s heartbreaking The Farewell on 12 February. You’ve got to admire the range.

This month, iview continues its classic programming, with new episodes of Hard Quiz, Shaun Micallef’s Mad as Hell and Doc Martin all continuing throughout the month.

Disney+ has been quick to establish some on-brand series for the whole family, including Disney Family Sundays, a craft show inspired by classic Disney films, One Day At Disney, a documentary series that showcases an ‘ordinary’ day working at Walt Disney Studios, Disney’s Fairy Tale Weddings, which showcases engagements and weddings with a Disney theme, and Marvel’s Hero Project, a documentary series that looks at the achievements of socially conscious young people around the world. Wow, I can’t believe the programming on Disney+ is so dedicated to making Disney look good! Who would have thought.

Snark aside, the second season of Star Wars Resistance also premieres on 25 February, quickly followed by the first season of the anime series Marvel’s Future Avengers on 28 February. When Disney+ was first announced, people were talking a lot about the power of its existing titles, but what’s shocking here is the amount of new content that they have for the platform. I guess we know why Disney came late to the streaming game – they had a heck of a lot to prepare. Jiminy cricket!