From quandaries of faith to phantom thieves, let's take a squiz at what's playing on the screens of the denizens of the ArtsHub and Screenhub offices.
ScreenHub 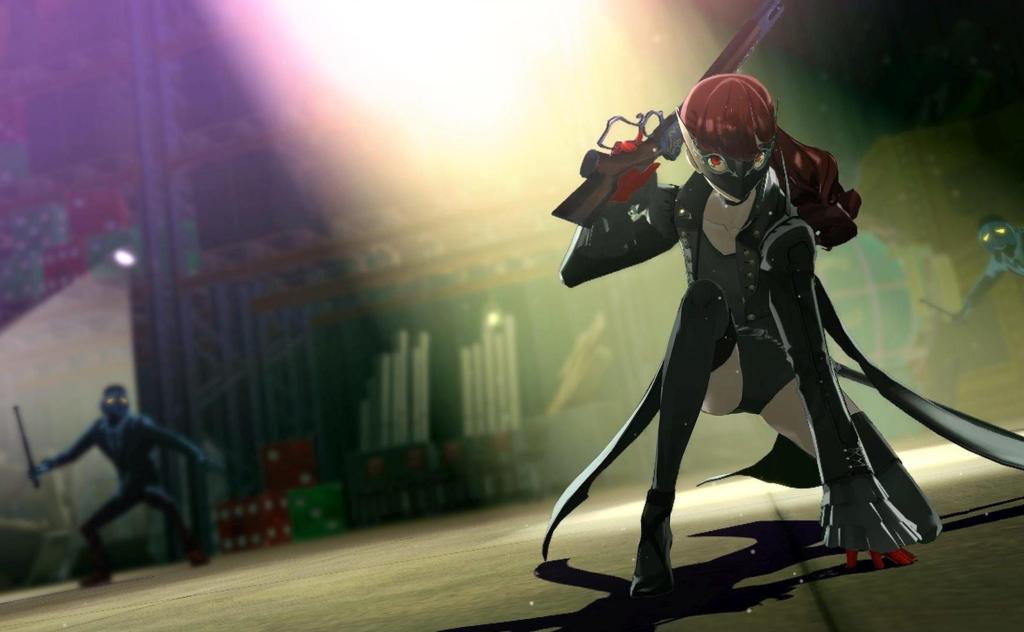 Persona 5 Royal has managed to steal our hearts again! Image via Atlus.

Oh Autumn, you cozy temptress. As the season changes (but the lockdown remains in place…) the ArtsHub and Screenhub offices have suggestions aplenty for new screen media that might take your fancy. Whether you’re taking solace in the familiar and nostalgic, or looking for a heart-racing distraction in 40-minute tightly-plotted increments, this list should have you covered; and if you think you might be ready to give up on the world for a bit and lose a hundred hours or so to a absolutely classic Japanese Role-Playing Game (JRPG) make sure you read to the end!

During these uncertain times, our Content Growth Editor Leela Schauble has found herself naturally gravitating to the nostalgic side of the stream. In particular, B-grade horror and comedies from the 90s-00s. She says that these genres, while time-honoured favourites, are generally not daily viewing, but the current crisis has rekindled her love for old school teen slasher content in a big way. Perhaps they evoke a ‘nostalgic view of my teenage years, where it was a simpler, pandemic free, time?’ Leela is currently caught up in Joss Whedon’s cult classic, Buffy the Vampire Slayer.

‘As I watch Buffy stake yet another prosthetic costumed monster, I feel all my fears and anxiety melt away (I especially love the fighting scenes where they don’t even try to hide Buffy’s stunt double!). I’m hoping by the time I get through the entire seven seasons, the need for escapism will be over! Or else I’ll start watching Supernatural – or maybe something more tasteful.’

Speaking of the joys of nostalgia, ArtsHub’s National Performing Arts Editor Richard Watts has been enjoying some new Doctor Who-related content from Russell T. Davies, the showrunner responsible for bringing the British classic back to our screens in 2005. Farewell, Sarah Jane is the latest in a series of isolation-made minisodes made by those associated with the program and aimed very squarely at fans. This touching 13-minute story was released on Sunday 19 April, the ninth anniversary of the death of actress Elisabeth Sladen, best known for playing the Doctor’s companion Sarah Jane Smith in the 1970s. Richard describes it as ‘simultaneously a tribute to Sladen and a farewell to the character she played in both the original series and in The Sarah Jane Adventures, the spinoff series that launched after Sarah Jane returned to Doctor Who in the 2006 episode ‘School Reunion’. If you’re familiar with The Sarah Jane Adventures, you’ll recognise many of the characters who return one final time to eulogise the woman they loved. And if you’re anything like me, you’ll weep watching it. Have tissues at the ready.’

If you’re after something a little grittier, Richard has also been loving Rebellion. This Irish drama series (the most expensive drama ever produced by RTÉ) tells the story of Ireland’s tumultuous struggle for independence from Great Britain and the people caught up in that fight. The first series explores the events leading up to the Easter Rising of 1916 and the subsequent, bloody reprisals by the British, which did more to stir up resistance to their rule than the Rising itself. The second series (called Resistance in Ireland) explores the Irish War of Independence which followed, fought between 1919-1921.

While various historical figures are depicted, the main characters are fictional – resulting in the writer sometimes distorting historical facts in order to create drama, but also allowing greater insight into the emotional toll the struggle took on the people of Dublin. There’s a strong emphasis on female characters, and some genuinely dramatic moments. A third series, depicting the tragic events of the Irish Civil War and the animosity between former comrades Michael Collins and Éamon de Valera, is apparently planned.

Jane Chisholm, our Head of Business Development, recommends the thrilling six-part UK series, The Capture. Set in London, the show follows Detective Inspector Rachel Carey, who is assigned to arrest Shaun Emery, a UK soldier who had just had a murder conviction overturned due to flawed video evidence after spending six months in prison. Just one day after his release, new footage appears of him assaulting a woman, and it’s Carey’s job to find out the truth.

This is the ultimate show for the ‘post-truth era’ according to Jane, who says it ‘covers the troubling world of fake evidence and examines the extraordinary capabilities of the intelligence services.’ While ‘you’re never quite sure of what is the truth,’ it features a ‘great female cop who figures it all out in the end.’ It’s heart-racing on every level – not least because this level of intrigue and deception could be happening around the world, right now.

Unorthodox was a popular favourite this week; ArtsHub Writer Brooke Boland and National Visual Arts Editor Gina Fairley both recommend it highly. Gina described the miniseries as an ‘eye-opening’ look into the life of a young woman who grew up in an Ultra-Orthodox Jewish community in Brooklyn, and her evolving, often complicated, relationship with her family and faith as she comes into her own as an adult. The German-American miniseries is told primarily in Yiddish. The series, which is loosely based on Deborah Feldman’s autobiography Unorthodox: The Scandalous Rejection of My Hasidic Roots is an engrossing look at the dynamics of independence, community, and love in the context of a contemporary religious community.

The Last O.G. (Stan)
Our Content Director, George Dunford, has been catching up with Tracy Morgan in the Stan series The Last O.G. Morgan is best known for his role in 30 Rock playing a heavily autobiographical role as a bonkers stand-up who takes over the show. This is Morgan playing the sad clown – trading laughs for drama as he plays a former gang member who returns to Brooklyn after a jail term to find his wife has moved on and he has two kids. George says ‘there’s a lot of good fish out of water stuff as Morgan makes his way through a gentrified Brooklyn and family life. Created by Jordan Peele and John Carcieri, it’s rich with jokes about gang life, confused masculinity and 90s hip hop references. These are best executed by director Jorma Tacone, who brings his The Lonely Island sensibility to poke the macho lead characters; it was a shame that his episodes dry up after season two.’

Finally, Screenhub writer Jini Maxwell has been sinking decadent hours into last month’s expansive re-release of Atlus’ 2017 hit, Persona 5. This smash-hit JRPG sees you play as a misfit teenager, who has to balance school, work, friendships and dating with his newfound ability to access the Metaverse, an ethereal place where people’s ill intentions and warped egos manifest as monsters. With a growing group of friends, you form the Phantom Thieves, intent on destroying evildoer’s cruel and narcissistic impulses and thus encouraging them to atone for their crimes – without letting your grades slip, or forgetting to water the plants in your bedroom, of course.

As well as expanding the initial storyline, and giving you more destinations to explore within Tokyo, where the game is set (it features a realistic rendition of Shibuya Station, smoking sheds and Hachiko statue), Persona 5 Royal introduces new characters to the enormous web of relationships you can explore. Jini says ‘it’s a fantastic game with an intriguing storyline, a rich world, and an absolutely brilliant user interface design that makes every interaction fun – I never thought I could enjoy something as simple as opening a menu!’