In Australia, making a film about a true blue motor racing hero will inevitably become an obsession. As Veronica Fury discovered.
David Tiley 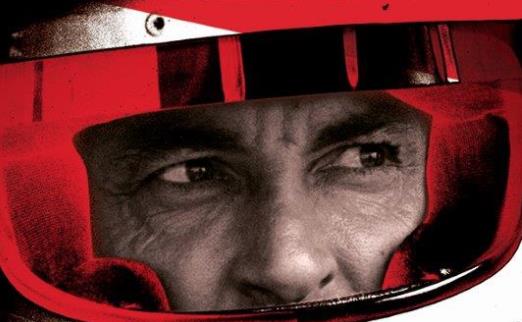 Peter Brock from the poster

Muscle cars arrived in producer Veronica Fury’s life by accident. Her husband won a shiny red SS VE Commodore in a promotion, then built a special garage for the car and turned the whole man-pit into a shrine to Peter Brock.

One of Australia’s most successful motor racing drivers, Brock was a genius behind a steering wheel, who could take some crappy has-been Fifties jellybean of a car like an Austin A30, shove in a Holden engine so big it sat next to him in the cabin, and flog the thing to victory.

He drove Holdens, and won at Bathurst and Sandown a total of 18 times. He remains a hero to millions even though he became increasingly eccentric, eventually adding a gadget to his Holden Dealer Team Specials which used a universal life energy called orgones somehow connected to libido.

He died racing at the age of 61 and was given a state funeral.

Despite having four children, a heritage in Queensland and a fascination with sub-cultures, Fury had never heard of Peter Brock. She read up, watched some footage, imbibed the Brock dramatisation, and felt the whole story was ‘almost Shakespearian’.

‘I just felt that there hadn’t been a definitive story about Brock that spoke to everyone. My goal was to make a piece that satisfied my husband but also spoke to a broader audience about Australian culture and our relationship with heroes,’ she said.

Many Australian feature documentaries need scale because of their meditative delicacy. Fury knew she needed around a million dollars so she could blast the cars out of their archive cans and rattle teeth. She yearned for the authentic predatorial roar of pistons tormented with gasoline burning in the belly of a beast.

As the producer of feature documentaries about the arts, colonial history and the wilder edges of genre films, Fury is used to big films. She has done a lot of TV series, often with baby animals in the title, all adding up to more than 50 substantial projects.

These days she is part of WildBear Entertainment, which has a huge commitment to archival film and sales through Bettina Dalton and the content library she brought into the company, and a post production department tuned to restoration and mixed sources. Most of Fury’s longer documentaries shimmer with archive challenges.

This adds up to a lot of credibility. But even though Wildbear is a prime company in this space, Fury still needed powerful assets to support the financing trudge. She had a long, effective development process, a great sizzle real and the support of Alan Erson, the managing director and executive producer at Wildbear and a former commissioner at the ABC, who helped to build a very classy production team.

Like all documentary producers, Veronica Fury is very driven. ‘It’s a vocation,’ she said. ‘I don’t feel like I have a choice. When a story goes into my heart, then I joke that I am like that frog inside the bird’s mouth with its hand around its neck. If a film doesn’t get up, I have been known to take it a bit hard.

‘It’s the people you are working with, they become a part of your life, like the Brock family and the co-driver, the person who was with him when he died. There is just so much emotion and its a human experience. I think that is what I love, it’s the human experience.’

They recruited Kriv Stenders to direct; he is mostly a drama director used to tight budgets and a sense of gritty realism, but Fury is enchanted by his documentary, The Go-Betweens: Right Here. The cinematographer Mark Broadbent came onto Brock as well.

‘I love the way Kriv’s film moved through the personalities. Every time you go around it reveals a little bit more. It was an incredible act of revealing the human psyche.’

The editor is Tania Nehme, known for her collaborations with Rolf de Heer on pictures like Ten Canoes and Charlie’s Country. She has a passion for immersion. From Fury’s point of view, ‘Tanya Nehme brought the magic of how the interviews interact with the archive in often clever, subtle, and emotionally powerful ways.’

Screen Australia contributed to the development, the ABC offered a presale for a 50 minute version, and Universal Pictures Australia brought the capacity for wide distribution into cinemas.

‘The money was ‘enough to make us a good high quality film and I think that’s a good way to put it. We didn’t have enough money to get like a really big rock star soundtrack; that would have been amazing, to put in some iconic Australian songs through those eras.’

The big issue, which also allowed them to keep working through the COVID lockdown, was the archival. There was a lot of it, from many sources, and it needed to be reconstructed well enough to match the pacy cuts and furious action blown up on a big cinema screen.

‘The family was amazing,’ she acknowledged. ‘They let us tap into their personal archive and that brings a lot of magic to the screen as well as having those really intimate moments. We were able to take them from the original Super-8 and blow it up. It’s just, it’s stunning.’

This film is very much aimed at an Australian audience. Despite the relentless pressure to think internationally, Fury has paid little direct attention to overseas sales. Instead, she figures there is a substantial local audience drenched in our national passion for petrol engines. Eric Bana’s Love The Beast documentary about his Ford GT Falcon Coupe took $950,000 at the box office in 2019 dollars, while Senna made $2.2m.

Then COVID struck and the cinemas closed overnight. ‘This was going to be the biggest I’ve ever done. It was important to be working with Universal on the release. It was built for cinema, the big engine revs rumble through your whole body. So I’ve been quietly devastated.’

It snuck a limited release in between the various shutdowns, but the release has shifted online. ‘However, it is scheduled for an amazing release on premium VOD across every platform from the third of July,’ said Fury. ‘It is across Apple TV, Sony, Microsoft, Telstra box office, Google Play, YouTube, Amazon Prime and Foxtel. It’s the first time that a film, especially a documentary, has gone out across all digital partners and Universal is thrilled.’ (Update: it is also on the Perth Revelation site.)

The world premiere was held in the Yatala Drive-in, which Is 120km from Brisbane, inland of the Gold Coast near Stapylton, in a sea of throbbing engines and the kind of shine you only get from a hundred hours of rubbing. The Fury family arrived, still in the same red VE SS Commodore, more sedate now but still turning heads.

‘It was beautiful, there were cars everywhere in their regalia. I’ve got a six foot two husband and a six foot two son so they sat in the front. I was cold and exhausted and I cried. I cried because of the whole journey.’