The Single Most Terrible Party in the Entire Screen Sector

Metro Screen is holding its final breakup party on November 11. Bring your own effigy.
ScreenHub
[This is archived content and may not display in the originally intended format.] 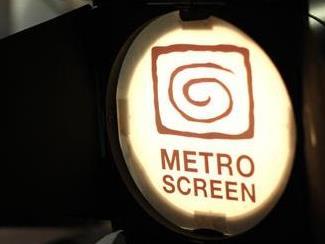 Image:  the logo in situ.

As the announcement says, ‘Join us to discuss our research, reflect on our achievements and then, at our Breakup Party, celebrate over 34 years of support for new voices and diverse storytelling.

VALE METRO SCREEN is an opportunity to bring our screen family together one last time.’

Metro will also release its Emerging Visions research report, which collates six months of intensive research about the needs of emerging screen practitioners.

Survival is a tough ask for Metro, because Sydney is so richly endowed with tertiary courses, and has an entire mini-university funded separately to train the future practitioners of film, television and digital media. But it is able to harness the goodwill and learning of the sector in a unique way and produces course after course which look more enticing than any others.

It is also surprisingly hard to communicate the idea that filmmakers emerge from a context, a community which shares and networks and provides gear and mentors. The SRO’s in general have supported a huge number of interesting and strategic shorts, many through the Raw Nerve initiative. The production sector is fixated on the notion that the only vehicle for creativity is a production company competing with others to reach a marketplace. Agencies will support intensive development, but only with a lot of top-down control over elite teams.

The truth is, the sector needs to be able to share, think and experiment nimbly and efficiently, according to needs which we define as a community. No tertiary institution can do that without very radical reform, and they are driven massively by the internal needs and culture of their embattled, opportunistic, managerialistic organisations.

At least at the beginning, their activists understood that production is part of media and media is a dynamic creator of our collective world view and storytelling belongs to all of us and the health of democracy depends on engaging with the whole of society.​ Et cetera.

In a way, the technological differences between film and video were so profound that the screen community was split in two, and the centres which morphed ultimately into the Screen Resource Organisations and out to community television were weakened as a result.

In Sydney, the filmmaking community gathered around the Filmmakers’ Co-op, which was starting to die as Metro emerged, and was defunded by the Australian Film Commission in favour of the Australian Film Institute in 1985. It was an early attack of the neatness and efficiency virus which plagues us now. Once that was gone, it was never replaced.

The Screen Resource Organisations have been given a hard time pretty consistently. Some of the reasons are deep in Australia’s bureaucratic reflex, which likes to encourage a culture of dependency, and doesn’t like to deal with organisations that don’t fit its patrician models of centralised power.

Some of it lies in our fantastic ability to create organisations to embody ideals, which enable politicians to burnish their brands. Then they fail to provide the recurrent funding, and torture the idealists who work in them from generation to generation. The bureaucrats in the middle then abuse the organisations for failing to be creative because they are so obsessed with their own survival. And embattled community-based organisations can be weird, and small-minded and turn into insular, self-protective fiefdoms. The fact that they mostly don’t and still attract excellent staff is a tribute to their vision.

The loss of the Screen Resource Organisations is totally unnecessary. It is happening because Screen Australia has lost a significant tranche of funding, and that happened because the Abbott government went into a cost-cutting frenzy which economists overwhelmingly believe was unnecessary. However, it also enabled the government to punish its ideological enemies.

It is happening at exactly the wrong moment. The old bifurcation between film and video is dead, and that has slowly worked its way around the SROs as they took up the opportunity to support short films. The ghastly shambles of intergenerational transition from boomer to Y to X to Jones to slacker to idealist to tweeny tyrants on Youtube (pick your crappy cliche to create your own ersatz victims and demons) is leading to profound shifts in the mainstream screen sector. The divisions of class and culture are changing and deepening so our dominant storytelling becomes sadder and more artificial.

It is pretty well understood around the emerging sector that the loss of the SROs will mean that short film, web and documentary creators, along with street-level exhibitors and cultural writers will deal directly with their state agencies, and then to Screen Australia. That won’t turn out well.

Once agencies and academies and broadcasters lose touch with the emerging participants in their constituencies, they stop learning and their world becomes unintelligible. They become very lonely. But there will not be anyone to tell them what is going wrong, because they have been abolished.

There is a Dylan song about this, which was old when the Video Access Centres were first created. The chorus to Ballad of a Thin Man goes, ‘Something is happening and you don’t know what it is, do you, Mr Jones..’

There is a great version of it on Youtube, which folds everything together in one moment. He is very old, it was filmed from the audience in Germany during February this year, it is on the net, I reckon it is still true and I hope everyone else agrees.

This is a sad, sour, cheap moment.