The emotional cost of release day 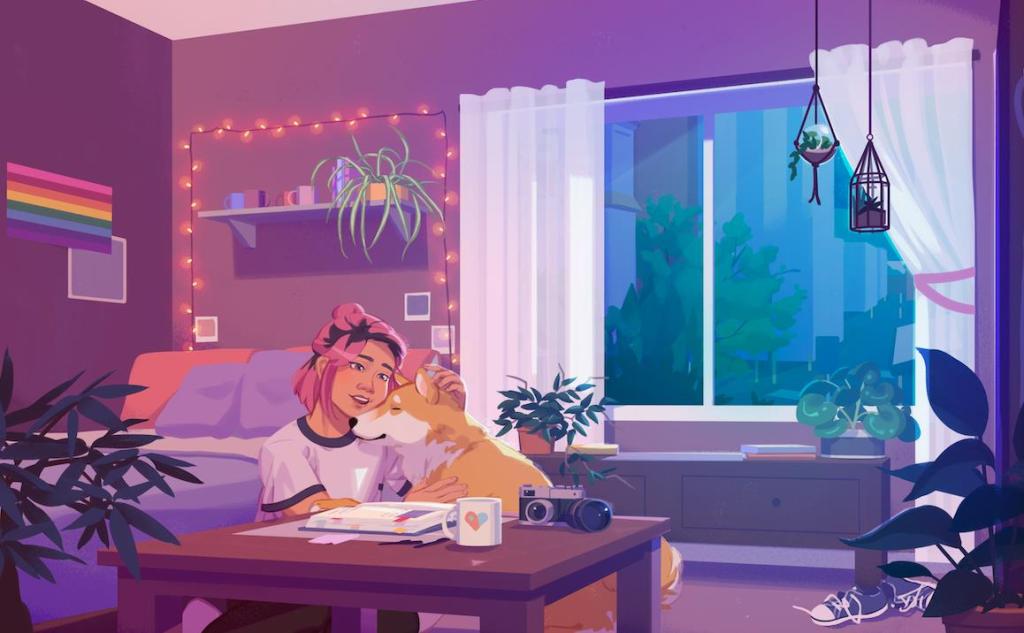 Best Friend Forever, a dating and dog adoption simulator that came out in August, is Starcolt’s debut title. Image via Starcolt.

The following is an excerpt from Lucy Morris’ Medium article, Launch Day: The emotional cost of releasing a game, excerpted and republished with permission. Morris is the studio and creative director for Starcolt, the studio behind the August release, Best Friend Forever. The full article is linked at the bottom of this piece.

Launching a game is the direct opposite of the heady thrill of pre-production. When the concept is likely only known to you, your team (if you have one), and investors (if you have them), anything seems possible, and it’s easy to get lost in the warm bubble of creation, ideation and expression. This is probably why pre-production remains my favourite part of the development cycle — it’s safe. It feels welcoming and comforting, where failure and mistakes are accepted and experimentation is expected.

On the flip side, launch is something I know a lot of people dread: the mortifying ordeal of being known, where mistakes can cost you mentally and physically, experimentation is scrutinised down to the quick, and that naive bubble no longer exists. This is the nature of the creative process, and games doesn’t escape that. It’s always nerve-wracking to have something you’ve created put on show for the world, where it will never resonate with everyone — and that concept, in isolation, is fine. So why are games so draining in comparison?

Once the button is pressed, it’s likely you’ll be on call 24/7 if you want to ride the wave of momentum properly in an industry that’s based on featuring spots, social media and word of mouth. There’s no other industry I’ve worked in when responses are expected so immediately, patches/fixes are required so instantly than games — and even if you act as quickly as you can to fix issues after launch, something that games will unfortunately always have as entirely complex and unpredictable beasts, it’s unlikely to count in your favour. What’s even harder is when COVID is running our world ragged — there are more unpredictable factors than ever, more delays, more roadblocks you can’t anticipate. What wasn’t a level playing field is now even more so.

Once the button is pressed, it’s likely you’ll be on call 24/7 if you want to ride the wave of momentum properly in an industry that’s based on featuring spots, social media and word of mouth.

Launch is your one chance to legitimise the purpose of your entire production cycle, the investment of a significant period of time to create one work, to prove your concept fully in terms of reception and data, and likely your one chance to make your mark with that artefact. While the zeitgeist can come back around, it’s rare, and ‘the botched launch’ is something that never fails to make headlines. In games, it’s all in at once. 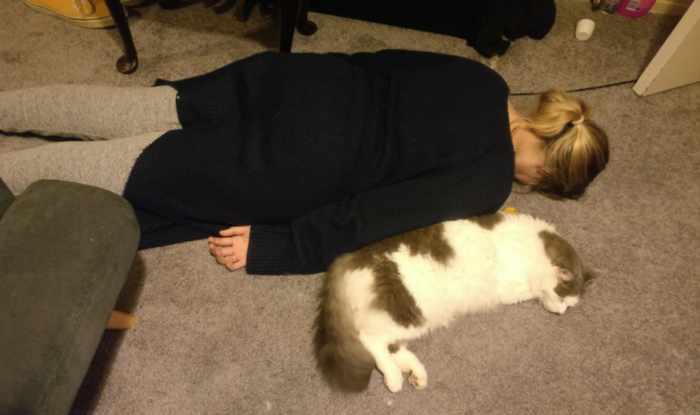 So, why am I writing this thought piece? I’m stuck. There’s this interesting dichotomy inside me personally as a developer right now, and perhaps exacerbated by being the director of a studio, to do with this exhausting emotional journey. Two things have come to mind that I do wonder if anyone else feels in this situation, and often we don’t talk about the uglier parts of development — the parts where we feel exhausted, unworthy, devoid of joy in an industry that requires we bring it to our consumers.

These two things are:

1. The positive feedback-loop microcosm of the indie sphere.

I wouldn’t trade the indie community for anything in the world. I’ve met some of my best friends there, and am constantly in awe of what my colleagues accomplish in this beautiful medium. What worries me — and worries me that affects others — is our inability to provide constant constructive criticism, and our inability to receive constructive criticism.

When you see people you like, love and respect, it’s very easy to switch into cheerleader mode, which is something I’m absolutely also guilty of. It’s a hard industry. You want others to succeed, and it’s already so difficult that positivity seems to be the only way to support them. In terms of creative feedback, however, I feel like this contributes to a larger problem — of being in positive echo-chambers, not being able to see true feedback from blind support.

The whiplash you may receive when feedback appears from outside this bubble can be emotionally exhausting and surprising — and I think this issue may be twofold, in that we’re both afraid to give constructive feedback, and nervous to receive it. I experience both these things, and I wonder if others do too.

2. The negative emotional vacuum post-release, and the nature of production cycles.

If you’re reading this and you work in games, you’ll know that often games are ‘content complete’ long before they come out. You then might be starting pre-production on the next title, ideally being as efficient as possible with development time and resources — and here’s where the train crash comes, when that wonderful, fairy-tale period of pre-production where you need some of your best creative work to manifest collides with a game launch.

There are the good things, of course, but launch is about making wrongs right, rather than enjoying rights being right — or at least, that’s what launching a game is like right now.

If you’re a community manager (thank you for your service, you’re invaluable) or in charge of business development or strategic planning for a studio, you’re likely going to have to read everything negative about your game when it launches. You have to respond to bug reports, take note of negative pull quotes from outlets that review your launch title, cop any flak for going against the grain, etc. Even with years and years of experience, immersing yourself in that cold pool of ‘I hate this’ is overwhelming. It’s draining. There are the good things, of course, but launch is about making wrongs right, rather than enjoying rights being right — or at least, that’s what launching a game is like right now.

While I’m still relatively new at direction, this feels like a common thread I’ve seen throughout my career. The alchemy part of game development means that something that may have proved market viable or successful, even up to playable demo stage, may explode in your face because you added too much saltpetre before launch, or even because the winds are blowing a different way (as does the market change). So you wade into the pool of sad, you read all the bad reviews, you release patches, and you do your best to make it right, to do what you can to show others the vision you see yourself.

You do this, because doing so is sometimes the last thing you can do to remedy any failings or mistakes after this ‘one chance’ to launch your title. And the thing is — I want to be in the pool, because it’s important in its own way. We release 8 patches in 7 days (40–50 fixes) as a team of just four, we respond to all bug reports, Discord messages and discussion forum posts, we monitor email channels and itemise QOL feedback to work in as soon as possible. I want our consumers to have the best experience possible, the experience we wanted them to have.

So while I’m knee-deep in this pool of sad, I also have to have the brain space to be directing pre-production on the next thing. I have to have the presence of mind to learn from my mistakes and be objective, while being soaked through to my shins. I have to be able to support and guide my team towards our next ‘one shot’, while looking at the ripples in the water and wondering if I’m causing them — if the pool itself is my fault, something I could’ve done better for my team, or something I could’ve guided us to avoid. I am the pool of sad, because I have to be, but I somehow have to also be the unflappable pool of creative vision and optimism you need to continue into live-ops and a pre-production phase.

That’s the dichotomy, and that’s the war in my head. It’s hard, it’s exhausting, and it’s the most difficult thing I’ve had to manage because all I want to do is what I’ve ever wanted to do: create a good place to work, and create work that touches people.

Read the article in full on Medium
Best Friend Forever is available on Steam and Nintendo Switch. Further details are available on the website