From CODA to Hawkeye: signing onto a better future for the Deaf community

The surge of sign languages in popular feature films and TV series is a sign of better things to come for the Deaf community.
The Conversation 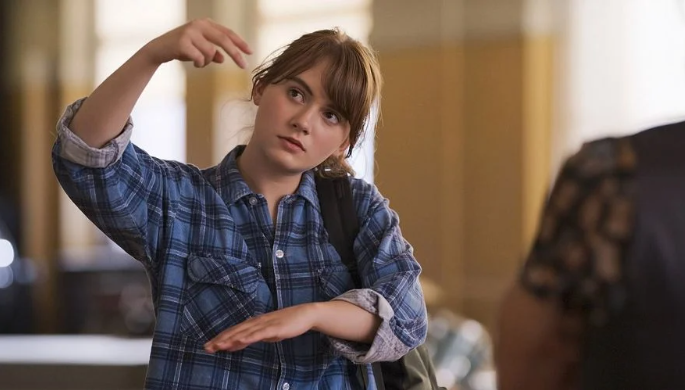 The Oscar winning CODA is a shining example of what good representation can do. Image: Apple TV+

When Troy Kotsur was awarded Best Supporting Actor at the recent Academy Awards, he dedicated his win to the Deaf community. CODA went on to win Best Picture and Best Adapted Screenplay, making it a major step forward for the Academy’s recognition of marginalised storytelling.

CODA, an acronym for Child Of Deaf Adults, follows the story of teenager Ruby Rossi. She dreams of being a singer, but is trapped by her Deaf family’s dependence on her as their interpreter. Torn between her familial burdens and her longing to fit into hearing culture, Ruby struggles to convince her family to support her own goals.

CODA is one of many recent films and TV productions to incorporate sign languages. There’s been a noticeable wave of signing on screen since 2020: Sound of Metal, Eternals, A Quiet Place 2, Hawkeye, and Only Murders In The Building have all featured Deaf actors using American Sign Language (ASL).

Lauren Ridloff’s acclaimed supporting role in Eternals features her as Makkari, a Deaf superhero who can sense speaking vibrations and read lips, but communicates to others using (somewhat anachronistic) American Sign Language.

Signing has also appeared in sci-fi: Dune, Godzilla vs Kong, and The Book of Boba Fett all showcase futuristic uses of non-verbal communication.

In Dune, sign language is a practical method of secret communication. King Kong is taught ASL to communicate with humans much like the real-life gorilla Koko .

Troy Kotsur also developed a fictional sign language for the alien Tuskens in The Mandalorian, and the spin-off Book of Boba Fett expands on Tusken signing.

These are positive steps for representation in Hollywood, especially since many of these productions have hired Deaf performers and consultants. This wave could lead to normalising deafness, create more Deaf jobs, and attract more hearing people to learn how to sign.

Some Deaf critics have drawn attention to problematic stereotypes in CODA: the helplessness of the family is exaggerated to show the burden they put on hearing people.

At their core, these productions generally centre a hearing point of view. CODA sympathises primarily with a hearing protagonist, and its key emotional moments happen in speech and song.

There are similar problems with the other films: in A Quiet Place and its sequel, the ASL is often out of shot and poorly communicated. In Eternals, super-powered lip-reading removes any responsibility for the hearing characters to communicate in visually accessible ways.

What makes CODA groundbreaking as a film for deaf people is not the narrative itself, but the accessibility. CODA is one of the first major features where the captions are ‘burned in’ or hard-coded on every screen. Even the language of ‘burning’, mind you, shows how captions are treated as damaging a film.

When only the signing is captioned, like in Eternals, the assumption is that the audience can understand everything except ASL. Even then, ASL is not a universal language: Deaf British and Australian audiences will be left in the dark. Many deaf people are not raised with sign languages because they have hearing parents, and rely entirely on captions.

Unless speech is captioned equally with signing, the film is packaging a deaf experience for a hearing audience. Captions are a concrete way films can support deaf audiences and ensure they are not just about deaf people but for deaf people.

Without hard-coded captions, the onus is placed on deaf viewers to seek out closed (optional or hidden) caption versions of the films that supposedly represent them. Closed caption technology is notoriously bad in cinemas: the devices are poorly-maintained and difficult to use, because they are designed to obscure the visibility to preserve the hearing audience’s experience.

Read: Anglo-centric film culture and the continuing resistance to subtitles

Recently there have been more calls for open-captioned cinema sessions, where subtitles appear at the bottom of the big screen, but these are still few and far between. Hearing audiences are growing more accustomed to reading captions: as Bong Joon-Ho said of his own Best Picture winner Parasite: ‘Once you overcome the one-inch-tall barrier of subtitles, you will be introduced to so many more amazing films’.

Captions are perfectly normal outside the English-speaking world, where most cinemas will show Hollywood movies with captions. The booming popularity of streaming services has normalised captions on our TV screens, especially as we gain easy access to more international productions. Even the quality of transcription and translation has fallen under scrutiny, as we saw with the different caption track options in Squid Game.

No matter how well Deaf people are represented on the screen, a lack of captioning creates an unequal language barrier for deaf viewers. Until the films and shows themselves are accessible, storytelling continues to favour and centre hearing people’s experience.

While CODA has some issues, it’s explicitly accessible to a deaf audience.

Unless the films themselves are screened equally, the communities onscreen will never be equal. CODA is not only a major win for Troy Kotsur and his fellow Deaf performers Marlee Matlin and Daniel Durant. It is a win for everyone who has struggled to feel included in screen media, on the surface and in the medium itself.

Written by Naja Later, Academic Tutor in Media and Communications, Swinburne University of Technology. This article is republished from The Conversation under a Creative Commons license. Read the original article.