Anglo-centric film culture and the continuing resistance to subtitles

Bong Joon-ho’s Golden Globes acceptance speech elucidated a contradiction; while film audiences across the world are consuming more non-English language films, there is a persistent resistance to subtitles.
The Conversation 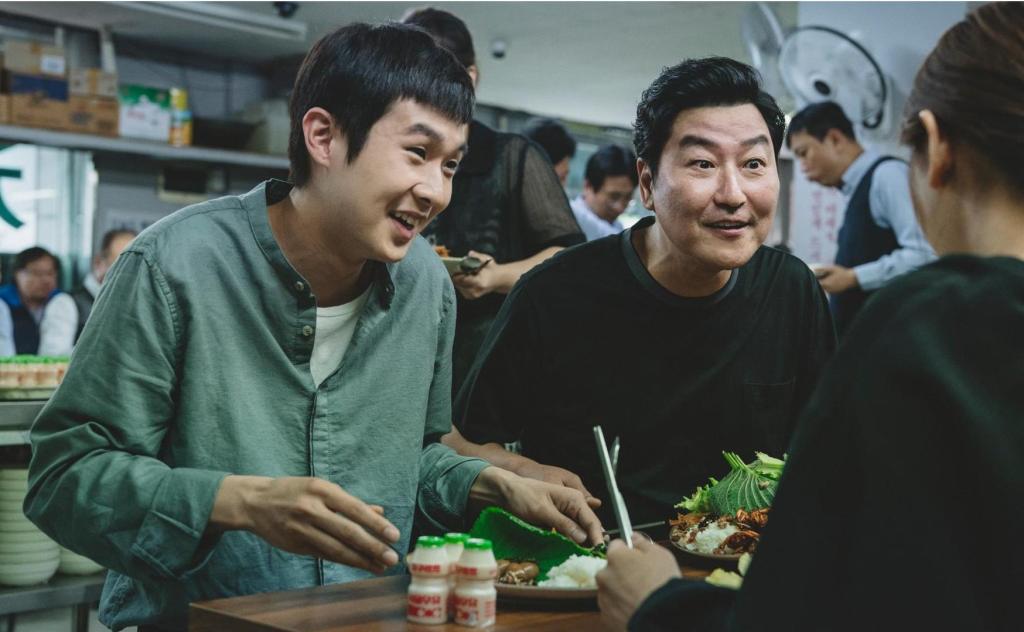 Joon-ho’s film Parasite is only the 12th ‘foreign’ language film to be nominated for a Best Picture Oscar.  Image via Curzon Artificial Eye.

On accepting the award for Best Motion Picture – Foreign Language, for his movie Parasite at the 2020 Golden Globe awards, the South Korean director Bong Joon-ho challenged Anglophone audiences by delivering his acceptance speech in Korean.

Translated by young filmmaker and Bong’s interpreter, Sharon Choi, he said: ‘Once you overcome the one-inch-tall barrier of subtitles, you will be introduced to so many more amazing films.’

Joon-ho’s win and comment point to two contradictory phenomena. While film audiences across the world are consuming more international non-English language films due to streaming, there remains a persistent resistance to subtitles in Anglophone countries.

While Parasite is a theatrical release and not yet available on streaming platforms, Bong Joon-ho gained international recognition thanks to the success of films available to stream. These are Okja (2017), a Netflix original Korean and English language film featuring an Anglo-American and Korean cast, and the mainly English language production Snowpiercer (2013), which is available on Amazon Prime. His fame as a transnational director, as well as rave reviews and multiple awards, are sure to make the film a global hit.

And it is not alone. Non-English language films are slowly breaking out of the “foreign” boxes they have been put in within Anglo-American circles, a phenomenon recognised by film award events. While this year Parasite is breaking that box, last year Alfonso Cuarón’s Roma (2018), a Netflix original film nominated for ten Academy Awards, did too. Roma won three Oscars, including best foreign language film, and a host of other international film awards.

The slow opening up of wider categories to non-English language films also reveals a better understanding of the international nature of the film industry. It is significant that the Oscars have changed the foreign language film category name to international feature film for 2020. In the words of Larry Karaszewski and Diane Weyermann, co-chairs of the International Feature Film Committee:

We have noted that the reference to ‘foreign’ is outdated within the global filmmaking community; we believe that international feature film better represents this category, and promotes a positive and inclusive view of filmmaking, and the art of film as a universal experience.

This is a belated recognition of the fact that “foreign” is a relative concept, and that filmmaking is a transnational activity.

The resistance to subtitles

But these films are exceptions. US and UK awards generally reflect the Anglocentrism of their populations’ viewing habits. Both Alfonso Cuarón and Bong Joon-ho came to prominence thanks to previous English language successful features. There have only been 12 films not in English that have ever broken out of the foreign language category to make it to a best picture nomination in the Oscars’ 92 years.

It’s worth noting that ‘a seven-day theatrical run in a Los Angeles County commercial theater’ is a pre-requisite for selection in categories other than the foreign language film. The issue here then is that very few non-English language films secure a theatrical release in Los Angeles.

The BAFTAS offer their own curious case of transatlantic Anglocentrism. While their best film category is a little more open, it is mainly reserved for British or US films. The only non-English language film to win since 2000 is Roma (2019), unless you count the silent French film The Artist (2012). All of this points to the persistence of the one-inch tall barrier of subtitles at the awards level.

When it comes to streaming, a glance at the top ten most viewed Netflix productions in the UK and US in 2019 points to audiences’ reluctance to move away from an Anglo-American cultural framework, despite the wealth of films and series from all over the world hosted on the platform. Not a single non-English language film makes the top ten in either country, and only Spanish television dramas La Casa de Papel (Money Heist) and Elite have broken into the US top ten, while none made it into the UK list.

According to Netflix’s chief product officer, Greg Peters, a recent survey revealed that US viewers are biased against content in languages other than English;. Peters states that as this result was ‘super depressing’ they chose to ignore it – and the streaming platform is continuing to invest millions in global entertainment.

At the 2018 Web Summit in Lisbon, Peters spoke of Netflix’s commitment to producing more international content – funding that, in the case of Europe, will be fed back into further productions through tax initiatives and quotas for European productions.

Rather than ignoring the results of the survey, Netflix has attempted to counter the resistance to “foreign” languages and subtitles by offering dubbing. This is a ploy that has helped the brilliant German series Dark and the ingenious Brazilian show 3 % attract worldwide audiences. Netflix dubs its programmes in ten languages (more if they are for children) – although the figures for how many people stream programmes in their original language or choose to watch the dubbed version is unknown.

We are living in an era of excess and neglect thanks to the international riches on streaming platforms that often go unnoticed and unwatched. But let’s listen to Bong Joon-ho, embrace the one-inch subtitles and discover more of the world’s cultural gifts.