How to attract audiences: a radical rethink

Arts organisations are ‘snow blind’ with demographic data that fails to explain what really makes audiences buy tickets. There is a smarter alternative.
Deborah Stone
[This is archived content and may not display in the originally intended format.] 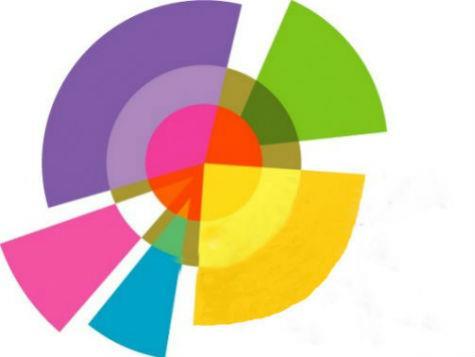 Sometimes the more you know, the less you see. There are about 18 pieces of data that arts organisations typically gather from their ticketing systems – information such as age, gender, postcode and planning horizon.

‘It tells you the what, it doesn’t tell you the why,’ said Lucy Shorrocks, Senior Consultant with Morris Hargreaves McIntyre (MHM). ‘We work with lots of organisations that are snow blind with the data they have got but they actually are still trying to find insights into how to connect with audiences.’

The answer uncovered by MHM’s research is to stop thinking of your audience in terms of demography and instead segment it by motivation.

The Culture Segments system now used by organisations ranging from the Sydney Opera House to the British Museum interrogates why people go to arts events and then divides audiences into eight segments based on their culture drivers.

Derived from these four drivers – and backed up by extensive research – are eight segments that characterise individuals by what attracts and motivates them.

The key value of the system is that it allows arts organisations to craft marketing messages that work for the type of audience they are addressing. The ‘Essence’ audience may love the opportunity to chat to the artistic director over a glass of champagne but the ‘Expression’ audience would be turned off by the offer. ‘Stimulation’ will jump at an exclusive preview that enables them to see the work first but ‘Entertainment’ is more likely to buy later in the run, influenced by an appeal to popularity, and ‘Enrichment’ will respond to a discount offer.

On social media, Facebook is best for addressing an Expression audience, Instagram to Stimulation – although changing the voice and messaging can allow you to address any audience on any platform.

Importantly, all eight segments work across demographic and geographical lines. Arts organisations in Quatar and China have used the system as well as the UK, USA, Australia and New Zealand. All societies seem to contain examples of all types but the balance of segments is different in different countries. For example, the Expression audience, which is active in the community and tends to want an egalitarian experience, represents 26% of Australian population but just 13% of the British population

‘The traditional approach is if you are a woman in your late 40s and you live in a fancy postcode, you will like opera, but I know I have never attended anything because of my age or my gender or my postcode,’ said Shorrocks.

‘Indeed, the research shows there are 19-year-old guys who watch Dance Moms, and 73-year-old women who are watching Breaking Bad.’

It is not always easy for arts organisations to accept that their audiences are not simply motivated by the quality of the art. Artistic Directors often balk at the word ‘spiritual’ and they certainly don’t like finding out 60% of audiences are socially driven, said Shorrocks.

But they tend to be persuaded when they see the way the system cuts across the blunt instruments of demography and arts organisations to sell more tickets.

When QPAC sent emails for its Royal Ballet performances targeted to specific segments, open rates were 17% higher than usual open rates and click-through rates were a third higher. While QPAC won’t disclose exactly how many of those clicks translated to sales, it was ‘considerably higher’.

Another Australian arts organisation, which declined to be identified, tested Culture Segments by sending the wrong messages to one group and the targeted messages by segment to another. When messages were targeted by segment, there was an 83% increase in sales.

Culture Segments is a proprietary system sold by MHM but there is substantial free material available, including detailed profiles of the audiences, and Shorrocks strongly encourages independent artists and small to mediums to use it even if they cannot afford to employ the consultancy to provide a full Culture Segments analysis.

A brief set of questions is used to determine where an individual fits in the system. Venues and arts organisations can buy a plug-in which adds the questions to the ticketing system and writes them into the individual’s record, allowing communication to be targeted appropriately to each potential ticket-buyer.

There is also a mini-license which enables organisations to gather information and form groups through social media.

Which culture segment are you? Click here to test yourself.

The key takeaway is that understanding what each member of your data base looks for from an arts experience will enable you to market more effectively.

But Shorrocks has some words of comfort for the creatives: the art should still come first.

‘From all our experience working with really functional, smart organisations, the ones that really have the best possible relationships are the ones that think about the work and the audience in the same heartbeat but it always has to be the work first. If you just go to the audience you end up being a visitor attraction.’ she said.