Due by 21 March, US program Imagine Impact is offering an Australian intensive program for new and experienced writers. All to crack the biz in Hollywood.
David Tiley 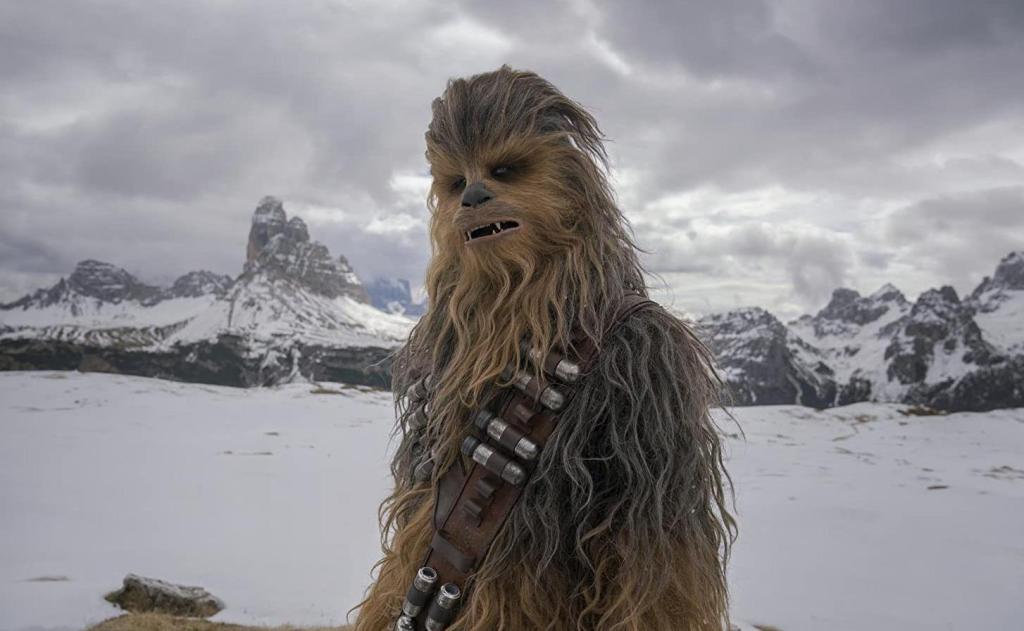 Cracking Hollywood for a writer can feel like Chewbacca on a bad day. Solo: a Star Wars Story was directed by Ron Howard and written by Jonathan and Lawrence Kasdan.

From the point of view of a smart Hollywood executive, good talent is tantalisingly out of reach. The known creatives go round and round like a washing machine made of lawyers, which leads to an industry which is both brilliant and curiously boring.

Brian Grazer (producer, A Beautiful Mind), Ron Howard (director, Solo: a Star Wars Story) and Tyler Mitchell (producer, The Angriest Man in Brooklyn) created a development process called Imagine Impact to bring new writing talent and stories into the system. Australian writer Philip Tarl Denson was one of only three applicants who made it onto an earlier version of the program. He had $5000 per week for eight weeks, with two group meetings a week and intensive support from experienced US writers. The project he took, a science fiction series called Anomaly, is now at Legendary Studios through Groundswell Entertainment.

Screen Australia, Film Victoria and production company Gentle Giant have combined to sponsor an Australian version of Imagine Impact, involving the other state agencies as well.

Tyler Mitchell is in charge of the enterprise which is presented as an eight week mentorship program in which around ten writers or teams will develop their projects with their own ‘Shaper’, who is a senior player in the development system. The program climaxes with a pitch day in which writers endeavour to sell their projects. It takes ideas from the tech startup movement, with a bootcamp edge.

The whole thing is absolutely practical. As Screen Australia points out, ‘Impact Australia will give participating Creators everything they need to succeed, including a stipend to allow them to relocate to Melbourne and focus on their projects for the eight-week intensive program.’

It is held together with an app which provides the nervous system of the group, circulates scripts, and enables connections with prospective buyers. It is really an online marketplace, which Mitchell calls ‘LinkedIn for creatives’.

The group will work in Melbourne, based in the same co-working space, with two meetings between shapers and creators each week to develop polished scripts and series bibles. The program also has keynote speakers and panels.

According to Mitchell, ‘The community bond is incredibly strong – people read each other’s work, they give each other ideas. Some writers that have teamed up to work on new projects together. And so it’s really trying to bring an incredibly talented group of ambitious writers together and letting the community grow.’

The program culminates in Pitch Day, where the Creators ‘pitch their project to a select group of international buyers, producers, showrunners, and representatives.’

There have been many accelerator programs mounted in Australia, while the pool is even larger when agencies support writers and/or teams to travel to programs in Europe. Plenty of beautiful work and excellent people have passed through them to succeed at festivals and build careers.  Indeed, Philip Tarl Denson has been well supported like this, including the Australian Writers’ Guild Pathways program, where you can find his biography.

Armed with our fascination for development strategies, we talked to Tyler Mitchell on the phone. It is very obvious that this approach is based on industry need, and a clear understanding of the ecology and its behavioural rules. It is a suck-in and not a push-out program.

‘I think that the traditional system has produced and continues to produce lots of great content globally,’ he said. ‘But the pace at which it is evolving and local content is building in territories all over the world means the development system needs to be overhauled for very practical reasons.’

At the same time, the Big Cliche of our industry is true – there is an expanding need for content, mixed with an arms race to create excellence. But the problem is not projects, but people, so Imagine Impact develops professionals who want careers as writers.

‘Our program is definitely looking for people who want to be professional writers at a very high level. It is intense to be on a writing staff. To have multiple jobs like writing a feature at the same time as you are creating a TV show.

‘The show runners and top screenwriters in this industry are incredibly hard working, diligent and resilient. We’re trying to identify artists who have that type of intensity and that passion and drive. As well as the creative ability. There’s a lot of things that can be taught.

‘We know that there are incredibly talented people all over the world who deserve to be here and to be heard. But there are so many barriers, whether geographical, financial, and/or legal. I mean, it’s hard enough to break into writing areas in Los Angeles; few people take unsolicited material, you have to sign release forms or get representation. We want to break those barriers down and create a way to identify talented writers in a scalable way.’

This is where the program goes beyond a well-designed workshop program. Because they are ultimately shaping a market, it is possible to build algorithms and sort the data from applicants. As Wired describes the process:

‘The Impact application consists of 70 questions, what Mitchell describes as a “thesis-like defence” of why the writer’s particular project deserves investment. To manage the overwhelming volume, Impact uses machine learning to sift through the giant pool of applications and identify new voices. The AI is part device, part catalyst: The technology searches for diverse applicants–Mitchell explains they look for people who have overcome challenges in their careers or lives–with the goal of shaking up the historically homogenous film industry.’

‘There certainly is a degree of idealism, said Mitchell. ‘I think it’s really a win win, you know, for everybody. It’s a win for talented creative artists who deserve to be working in this industry and telling their stories. It’s a win for producers and buyers because they’re going to get access to incredible new voices at a much higher rate and volume.

‘And it’s a win for audiences. Because as more and more shows are getting made there’s not a one size fits all. I think the audiences are getting increasingly fractured in a positive way because people are watching things that really speak to them and their interests.

‘And so we’re going to need new storytellers to tell the kinds of stories to meet the interests of audiences. You know, who don’t yet have the kind of content that really speaks to them.’

What is the legal relationship between creators and Impact Creators? That is an important question in any of these programs. According to the website,

‘Impact Creators retain creative control and ownership of their projects. If a Creator sells their project, Impact receives a percentage of the sale to fund future programs, fees payable out of the budget should it go into production, and a passive position in the backend to share success along with the Creator should it make it onscreen.

Those who complete the program also enter into a one-year first look deal with Impact.’

Here is a quick interview with Tyler Mitchell.

Applications for the program close 21 March. You can apply at the Imagine Impact website, here.