From Spirited Away to The Gold Rush: films that warm as winter bites

We can't change the bone-chillingly cold weather, but we can recommend some great flicks to warm up with.
Silvi Vann-Wall 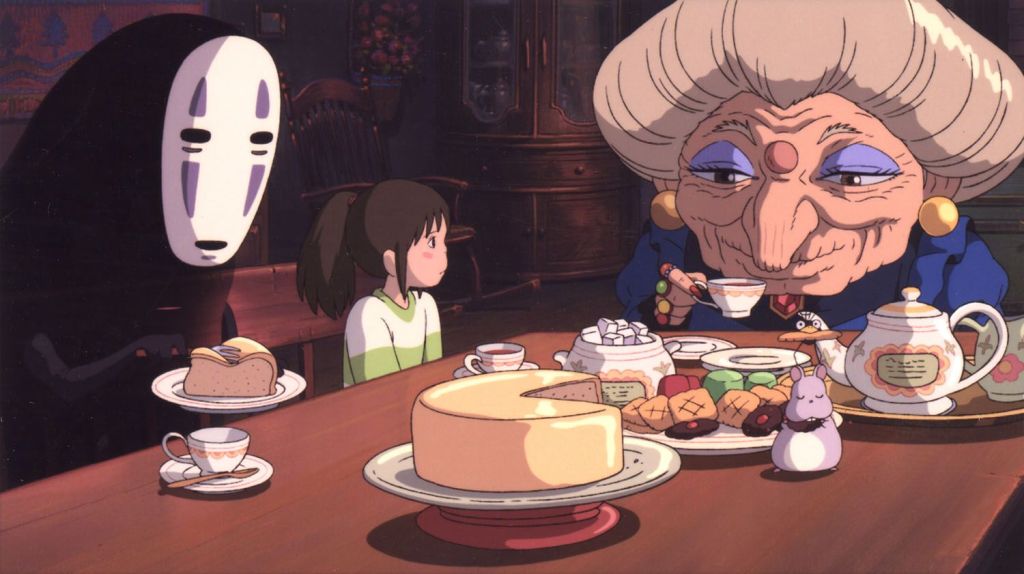 Why not get Spirited Away to a warmer place this winter? Image: Madman

It’s raining every day, I’m wearing gloves inside, and I can no longer tell if my washing is wet or just cold.

We have (hopefully) reached the coldest part of the year, particularly in Melbourne where I sit in my draughty, run-down rental flat. The cat is even snuggling into the dog for warmth, which is really saying something.

At this time of year, I love nothing more than making a cup of hot choccy, wrapping myself in several of my nanna’s homemade blankets, and popping a film on the projector (though TVs and laptops work just as well).

A good horror will really get the blood pumping, which is sure to save on your gas bills – but I reckon the best option is to go for a real cozy treat of a film. You know, those movies that just feel like a warm hug when you put them on.

Below, I’ve listed a few of my favourites. It’s certainly not comprehensive, but I’ve tried to follow a few guidelines. So, for a film to be cozy, it’s got to have one or more of the following:

My love for Studio Ghibli can’t be overstated – and as such, I always have a tough time narrowing down my favourite Ghibli movie. I think it’s actually Porco Rosso, a charming action/adventure about a pilot turned into a pig, but for the coziest of Ghibli movies it comes down to a tie: Spirited Away and Kiki’s Delivery Service.

Both feature fireplaces (but then again, so does Howl’s Moving Castle! Maybe just watch the entire Ghibli catalogue) amazing-looking food, and well-developed, relatable characters going through a tough time that will be resolved within a couple of hours.

If you only have time for one, I’m going to suggest Spirited Away. You can imagine yourself sinking into one of the gigantic herbal baths and drinking a hot cup of tea. Or better yet, imagine your in Granny Zeniba’s cottage, whiling away the time with embroidery and cake.

This film from Ang Lee is such a delight – not least because of all the amazing meals prepared by lead character Master Chef Chu (who is getting ready to retire from cooking).

Every Sunday evening, he and his three daughters prepare and eat dinner, and via this tradition we are led into their individual but interconnected stories. It’s a tearjerker for sure, but the luscious visuals (and victuals) and heartwarming characters are sure to beat those winter blues away.

This Agnès Varda flick is the only doco I’ve put on the list. It satisfies all the criteria above (perhaps in unconventional ways) while also musing on art, ageing, and small village culture.

In short, Faces Places is about two artists, separated by a generation, who go on a road trip through countryside France and make their art (giant photographic prints for the younger, and the film itself for the older). It’s so much more than that though, and you don’t need to be familiar with either ‘star’ for it to carry an emotional weight. Plus, it’s gorgeous.

The Charlie Chaplin classic is a no-brainer when it comes to winter films. The entire thing takes place among snowy mountains during the gold rush of the 1920s, so there are fuzzy outifts and log cabins abound.

If you haven’t seen it already – the version where Chaplin narrates and scores the film is the ultimate way to watch it. Plus it’s a great one to watch with small children, if you have them.

I think the scenes where Chaplin’s Tramp character is stuck in a freezing cabin and slowly going mad will make you realise just how good we have it. Our landlords may be denying us double-glazing, but at least we don’t have to eat our shoes … yet.

I’ll be honest, this film is more likely to turn up in a discount DVD bin than in any cinephile’s collection, but I implore you to give it a shot. It’s saccharine and predictable, yes, but it was also my prickly father-in-law’s favourite movie, so that’s got to count for something.

Basically, a pre-Iron Man Robert Downey Jr gets possessed by several ghosts whose bodies died recently in a bus crash, and must tie up loose ends before they cross over to ‘the other side’. You get it.

It may not be the SAD cure-all you’re looking for, but I’ll guarantee you smile.

Ignoring the fact that this is also a Christmas film, The Holiday is perhaps the ultimate winter warmer movie. It’s got the lot: sweaters, fireplaces, food, bonding, AND romance.

Two women who are bored with their lives decide to swap places. The American goes to England to stay in the cutest but most luxurious cottage, and the English woman goes to America to live in what can only be described as a mansion. They then proceed to find love, find themselves, etc etc.

I avoided this film for so long because the premise seems so cheesy – BUT to my delight, it really pays off. The writing is snappy, the acting is on point and the romance is something you will really root for (yes, even the extremely weird pairing of Kate Winslet and Jack Black). Give it a shot!