Australian comedy gets DIY and digital in isolating times

As Corona cripples film and TV production globally, Australian comedy gets DIY to pick up the slack.
Anthony Morris 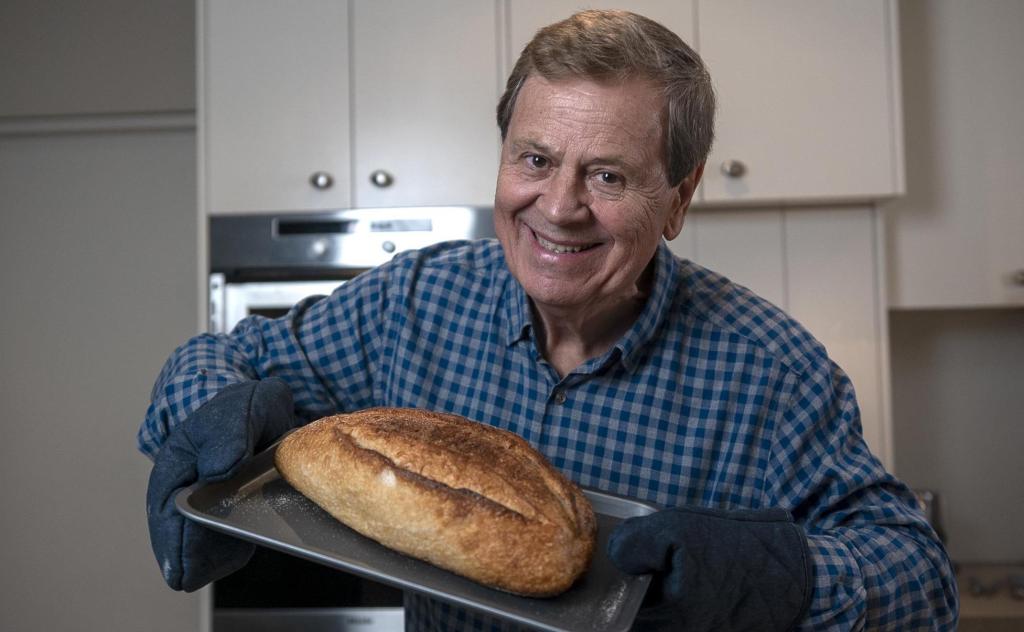 Australian comedians are going to great lengths to, ahem, make some dough during the pandemic. At Home Alone Together image via the ABC.

Under social distancing guidelines, drama production in Australia has – with the exception of Neighbours – largely ground to a halt. Comedy, on the other hand, is undergoing a minor boom.
The last six weeks have seen comedians step up to create content for an audience desperate for distraction. Some already scheduled series have adapted to the new world, and comedians who’d usually be touring now have taken time to experiment with new ways to get their work to audiences. The last few months have also shown that comedy is uniquely suited to reacting to current events in a way that goes beyond rewriting the lyrics to Redgum’s Only 19 to say ‘COVID 19.’ Often needing minimal cast and crew, comedy can produce decent results even when filmed on a phone or laptop.

A HISTORY OF SUCCESS ON A SHOESTRING

This isn’t new news: production company Working Dog filmed large parts of their early 90s series The Late Show on a camcorder operated by a cast member. Much of their award-winning series Frontline was filmed the same way. But at a time when larger crews are unavailable, this flexibility has made comedy a natural go-to for those looking to generate content quickly.

The most obvious example of this is the ABC’s new series At Home Alone Together, a lockdown lifestyle parody hosted by Ray Martin that was rapidly put together by the ABC and Screen Australia. The press release announced that the series ‘will be produced following strict COVID-19 OHS guidelines using modern production techniques requiring minimal crew for broadcast standard results.’

They weren’t kidding about those results: chances are many viewers wouldn’t have noticed any difference in production values between this and a regular lifestyle show. The only real giveaway to the changed circumstances was that most of the sketches only featured one person – though Ryan Shelton plays himself and his dodgy twin brother, Jase.

The sketches varied in their focus on the coronavirus lockdown; jokes about sexy Harry Potter roleplay gone wrong or turning your bathroom into a sauna could have taken place anytime. Generally speaking, the more focused the comedy the better it worked, at least in week one. Ray Martin’s ‘soapy pockets’ as a way to wash your hands whenever you are isn’t something that will be easily forgotten.

A more traditional format that’s been adapted to fit the times is Stan’s Australian Lockdown Comedy Festival. The four-part weekly series is basically a stand-up comedy showcase, along the lines of the various Galas that air around the time of the Melbourne International Comedy Festival. After the cancellation of this year’s Festival, the various comedians are doing the material they had planned for the festival live from their own homes.

With six comics (plus guest MCs: Dave Hughes hosts week one) appearing in half an hour, you’re only getting a taste of their full shows, but this is very much a highlights package. And these features show that being shot on a single camera in someone’s house doesn’t preclude good camerawork and sharp editing to spice the monologues up. One standout was a shot taken from inside Tom Ballard’s fridge.

THE STRUGGLE TO PUT A SPIN ON THE SAME BAD NEWS

The pandemic has also provided a challenge for the ABC’s more traditional studio-shot satirical programs. Not only are programs like The Weekly with Charlie Pickering, having to redesign sets and lose their studio audiences, but all news-based comedy is facing a lack of variety in the news.

While The Weekly’s format is flexible enough to provide it with some leeway, Working Dog’s Have You Been Paying Attention? faced two big questions prior to its return in early March: would there be enough news for the hour-long show to cover, and how was a gameshow going to work when the guests couldn’t be there in person?

Having host Tom Gleisner in the studio facing a wall of screens on which the five guests appear has generally worked out well. Minor technical hitches aside (some of the guests have been coming from low-bandwidth connections), the show has retained its fast pace and banter between guests with the help of some editing polish.

In an hour-long show, there’s always going to be stretches that sag a little, but the ability to fall back on funny news clips and Gleisner’s quips give it backup if the guests falter. So far the smooth transition has been impressive – especially when compared to similar overseas corona comedy like the UK’s Have I Got News For You, which has faltered once the initial novelty of recording from home has passed.

NEW COMEDY FOR THE CORONA ERA

Gristmill’s Love in Lockdown is probably the best example of corona comedy made here. Directed by Wayne Hope and written by Robyn Butler and Lucy Durack, it makes full use of the strengths (and weaknesses) of the current situation to create something that works as more than just a record of what we’re going through. Jokes about pantsless Zoom meetings are one thing (and yes, this does have those), but it’s the shows that find the way to tap into deeper truths that are going to last. Especially if one of those truths is ‘how does Eddie Perfect get his hair so high?’

When a high energy office manager (Durack) is given online ukulele lessons by her family to distract her from baking, her tutor (Eddie Perfect) is a scruffy ex-café worker whose teaching skills are non-existent. Love is clearly in the air, but will six 7 minute episodes be enough?

While everyone appears via screens, it’s a slickly polished product from all angles. The script skilfully balances the characters to create the right amount of romantic tension, with both being just flawed enough to set the sparks flying without making either unlikable. The editing smoothly cuts between screens to keep the story flowing while still being plausible as a home recording, and both Perfect and Durack’s performances shift over the course of the series as the pair fall for each other.

COVID-19 might have stripped back production, but it showcases what core elements are always going to be necessary: a strong script, good performances, and clear visuals are a must regardless of budget – and regardless of your ability to get out of the house.

While most of these series are content to make fun of being in lockdown, it’s hard to deny that being trapped at home sucks no matter how nice the view. That’s the message from the Spanish-set, Screen Australia-funded series Cancelled. When Australian director Luke Eve (High Life, I Met a Girl) and Spanish actress Maria Albiñana had to call off their wedding at the last minute due to coronavirus restrictions in Spain, the pair found themselves in strict lockdown… with Eve’s mother. It’s both a true story and a classic sitcom set-up but this ten-part series currently being serialised on Facebook avoids the obvious gags in its first instalment, focusing instead on how you actually go about cancelling a wedding in the middle of a global shutdown, examining the fallout from a future that no longer exists.

The Australian Lockdown Comedy Festival is now on Stan, with new episodes weekly.
The Weekly with Charlie Pickering and At Home Alone Together are on ABC Wednesday evenings and on iView
Have You Been Paying Attention? is on Channel 10 Monday nights after Masterchef.
Love in Lockdown is available on Gristmill. Cancelled is releasing episodes via Facebook.