Filmmaker Markus Stone looks at how to film without a crew by assembling a mobile travel kit of cameras, lights and sound equipment.
Markus Stone 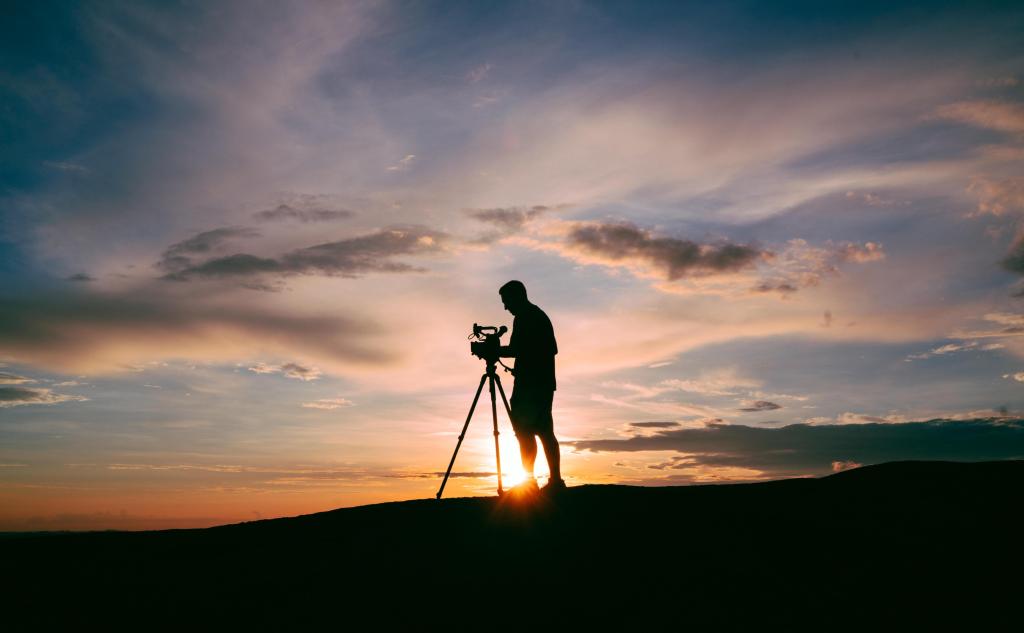 Finding the right kit can take you anywhere. Photo by Roger Erdvig on Unsplash.

There’s something strangely fitting about writing this from seat 21C of a 737 at 40,000 feet. You’ll notice the seat number is not in the hallowed sub-12 row numbers and with good reason. Filmmakers travelling Business Class have crews, whereas solo shooters are the crew, typically doing low budget documentary or corporate work.

Shooting solo is all about being lean and efficient like a cheetah. There is always the temptation to take every piece of gear ‘just in case’, but taking more than you can carry inevitably means leaving equipment unattended during transfers. And after dragging heavy cases along never-ending airport concourses, you’ll feel more like a knuckle-scraping orangutan than a cheetah.

Running the gauntlet of airline regulations means fitting your gear into a travel-sized footprint. Size and weight restrictions vary by airline and route, so it’s a game of addressing the lowest common denominator. Solo shooters may be used to doing ten jobs on set, but the reality is that most of us only have two hands, so you’ll want the largest/lightest cases you can lay your hands on, while still obeying the airline limits.

Airlines calculate luggage size by adding (not multiplying) the length, width and depth of your case together, so as long as your total dimensions are under 158cm, you’re good to go.

Hotel rooms are designed with suitcase-sized recesses in mind, so it’s a good idea to opt for something in that form, such as the Pelican Air 1615 which is specifically designed to be the largest case you can put in checked baggage (larger cases must be freighted).

Hope for the best, prepare for the worst

The question of what to put in that shiny new matte black case comes down to a balance between capability and redundancy. There’s nothing worse than having to explain to clients that your only camera isn’t booting up, or that you can’t interview two people at once, because your other mic is 1,200 km away.

A good rule of thumb is to allow for at least one redundant stream of both video and audio, which means having a spare camera and sound setup. As well as allowing you to troubleshoot your primary setup, you can use it to grab that other angle, mic that other person, or run two independent rigs that you can swap between in a flash, like the hybrid chameleon /cheetah /orangutan that you are.

When leaving home it’s worth contemplating what you can leave at home. Instead of carting a heavy 200mm lens, consider shooting with your sensor windowed instead. Alternatively, a camera with a decent-sized screen means you can offload your monitor. If it has decent sound, you can leave your field recorder at home too, all of which helps keep you under the 23kg excess baggage pain barrier.

Solo shooting tends to involve a lot of interviews, and therefore, lighting subjects. I’m going to cut to the chase here: Flexible LED panels are a godsend for solo shooters. They take up almost no space, use very little power and can be purchased relatively cheaply. Many have remotes or apps that allow per-channel dimming of individual lights so you can make adjustments while looking at the monitor. Some have modular frame designs that allow you to make scalable light sizes that can then be broken down and stowed in the crannies of your road case without taking up any additional space.

Powering Up: Batteries in flight

Another consideration is power. If you’re going to do a lot of remote shooting you’ll need decent battery solutions. The lithium ion batteries that we use with gay abandon in almost all AV gear are full of a flammable electrolyte which can be dangerous if shorted out. As you can imagine, having your hand-luggage literally explode mid-flight is not a good way to attract the attention of the cabin crew.

You may have guessed that the reason all batteries must travel in hand luggage is so that they can be extinguished if they go all ‘Guy Fawkes’ on you, but it’s worth knowing there are limits on capacities too. Anything over 100 Watt-hours must have written consent from the airline, while anything over 160 Wh is banned from flying – which is really only a concern for larger capacity V-lock style batteries.

All loose batteries should have their terminals covered (either with those yellow plastic covers that you probably threw out, or with tape) and switches should be taped in the ‘off’ position.

As I stow my tray table, I leave you with one final piece of advice: hang out in the galley with the flight attendants. Apart from the health benefits of moving about the cabin, all the fun stuff happens there: I just found out it’s possible to make a ‘volcano’ from a cup of coffee and dry ice. And coffee is what I’ll need to start shooting early tomorrow morning in a different time zone, on four hours of sleep.

Markus Stone is a filmmaker who has worked as Head of Department on features, television and documentary. Having done everything from writing, directing, editing, stereography and composing, he currently spends most of his time trying to do them all at once.