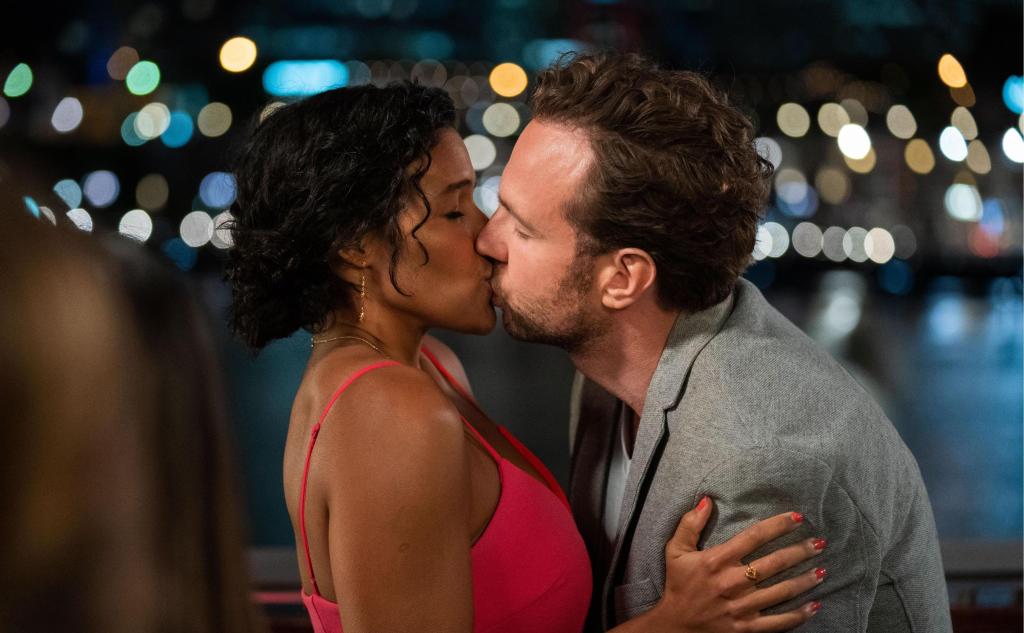 Teddy (Rafe Spall) is always promising he’ll get round to things, but never does. As Josh Lawson’s rom-com fantasy Long Story Short begins, Teddy’s scurrying to a New Year’s Eve party on Sydney Harbour, and finds his girlfriend Becka (Dena Caplan) in the crowd, just in time for a New Year’s pash… only to discover he’s kissing Leanne (Zahra Newman), a complete stranger.

Five years later, Teddy and Leanne are engaged – but when they visit his father’s grave at Waverley Cemetery, Teddy wishes he could have got his act in gear to marry Leanne while his dad was still alive. A mysterious fellow-visitor (Noni Hazlehurst) overhears and urges him not to waste another minute – why not get married in two weeks? She tells Teddy she’ll send him a special wedding present.

The wedding looks about as disorganised as you’d expect of an event put together at a fortnight’s notice; and typically, Teddy hasn’t arranged a honeymoon. But in the most outrageous piece of fantasy in this film, he and Leanne, an aspiring author, have somehow afforded to buy a pretty flat right on Bronte beach. There the happy and implausibly wealthy couple retire for their wedding night. Sorting through wedding presents, Teddy discovers a strange gift – an unlabelled tin can with something rattling inside, and a card that says, ‘Do not open for ten years’.

Next morning, Teddy wakes to discover it’s actually his first wedding anniversary – and Leanne is now heavily pregnant. A new shock awaits him every few minutes, as he’s propelled forward one year – which the film signals with a visual effect that makes the background disintegrate around Teddy.

The pregnancy becomes a baby, then a child. As one anniversary dissolves to the next, his relationship with Leanne becomes strained as she accuses him of spending too much time at the job he hates rather than following his dreams and becoming a photographer. (Teddy’s job is never specified, but I was ready to cut him some slack; that Bronte mortgage must be heinous.) His ex, Becka, re-enters the picture, while Leanne gets a smug new boyfriend, Patrick (the film’s writer–director, Lawson). As Teddy’s life slips through his fingers, he grows one of the most tragic Beards of Sorrow ever to disgrace a screen. Yet even that can’t slow time back down.

The rom-com genre lends itself to time-travelling fantasy not just because its familiar tropes act as signposts for chronological loops and leaps, but also because our romantic histories are inevitably full of regrets. If only we hadn’t cheated, or said those angry words. If only we’d quit that toxic relationship years earlier, been brave and risked our heart, or chased The One so they never Got Away.

Most time-travel romances explore this bittersweet terrain through the narrative mechanism of the ‘do-over’, whether it’s framed as existentialism (Palm Springs), nostalgia (Peggy Sue Got Married) or sentimentality (About Time). Closer to home, Hugh Sullivan’s clever, underrated The Infinite Man deconstructs the male entitlement portrayed more uncritically in films such as Time Freak and When We First Met, where men exploit time travel to compulsively pursue women they believe they deserve.

rather than rendering the experience of time malleable, the film heightens its rigidity. Lawson’s most challenging idea is that nothing can be saved from the past – only learned for the future.

Long Story Short initially offers a sharper critique, because its proposition is more ruthless: rather than rendering the experience of time malleable, the film heightens its rigidity. Lawson’s most challenging idea is that nothing can be saved from the past – only learned for the future.

Sets and costumes are especially important in a story that needs to balance continuity and change. I liked the thematic colour blocking by costume designer Rita Carmody (The Other Guy, Hearts and Bones), who dresses Leanne in autumnal shades of orange, aubergine and forest green, while Teddy wears cool blues and greys. Meanwhile, art director Patrick Howe (Penguin Bloom, Below) shows how Teddy and Leanne’s fantasy apartment evolves from empty, hopeful rooms to a tasteful nest of art and cosy textiles, and then to a sparsely furnished bachelor pad cluttered with dirty dishes and dead houseplants.

Recent antipodean rom-coms often import their love interests from Britain, and Rafe Spall was worth the airfare. He’s a gem. His droll facial expressions and laugh-out-loud funny line deliveries rise above Lawson’s workmanlike script, which leans too hard on repetitive mentions of ‘time’, ‘later’, and so on. There’s real warmth between Spall and Newman, who’s never insipid in the ‘straight man’ role. And the always-delightful Ronny Chieng offers plenty of enjoyable banter as Teddy’s best friend Sam.

In an early scene, the two mates compare Teddy’s predicament to Groundhog Day. However, they don’t name-check the ‘this-is-your-life’ moral fables that more closely inspired Long Story Short, from A Christmas Carol to It’s A Wonderful Life – or, to be less charitable, Adam Sandler’s Click.

But even the delightful Spall can’t overcome a flaccid script that ultimately shies from risk. Teddy flounders through most of the film, letting things happen around him. He doesn’t force back the clock by learning to sacrifice, compromise, become more humble, or examine why he’s so afraid to seize the day. Instead, magical Noni Hazlehurst rescues him from the burden of introspection, and so his happily-ever-after rings hollow. 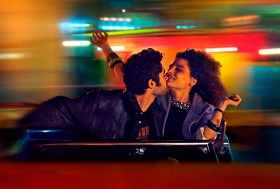