On exactly the same weekend of July 27-28, AFTRS has partnered with two separate agencies in different states to focus on careers for emerging filmmakers.
David Tiley
[This is archived content and may not display in the originally intended format.] 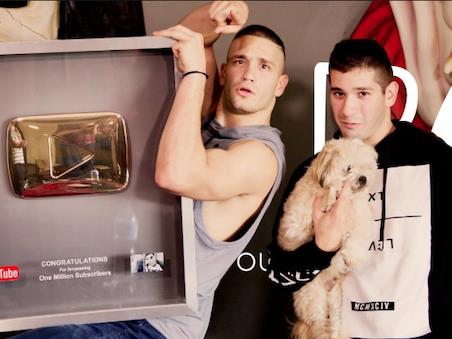 The Racka Racka team bent aerials at Adelaide Screen Makers Conference for several years, in between accumulating millions of hits as they bashed each other in series after series of pop cult parodies.

In Melbourne, Film Victoria is hosting an intensive called Make It, which

‘is designed for people who want to develop their career in the flourishing local screen industry. The event is jam-packed with industry professionals who will give specialist career advice and inspire creatives about how to survive and thrive professionally.’

The event is focused on the absolute nitty gritty of thinking through your aspirations, getting a job and turning it into the basis of a life in the sector. The previous weekend event in 2017 is considered to be a success. It is probably the best $120 some Melbourne crew and company members have ever spent.

The weekend is a hallmark of Film Victoria’s approach to professional development, which focuses on jobs, incomes, career prospects and skill deficiencies in the community. It is about shaping the evolution of businesses, and helping them secure substantial production opportunities.

In Adelaide, the Media Resource Centre is running its annual Screen Maker conference, which has grown into a national reach, supported by interstate agencies who pay for attendances.

‘Now in its fifth year, the conference brings together Australia’s writers, directors, producers and other screen creatives to share knowledge, connect with the industry, and pitch projects to the national marketplace.’

That sounds very traditional, and could have come from the Melbourne event. But then it goes for the visionary viewpoint.

‘Screen Makers Conference 2019 embraces entrepreneurialism and celebrates creative collaboration and convergence. Business as usual no longer exists, and innovation and disruption are the order of the day. Build your career by breaking down barriers. Aim to go global, no matter where you’re based. Raise new and diverse voices in screen stories. This is your chance to develop your understanding of the screen industry’s ever-changing ecosystem, discover new and diverse industry pathways, and fast-track your career.’

From the outside, these two programs are two sides of the same coin which defines why the screen sector is so fascinating. On the one hand the policy makers are building a solid infrastructure of companies that can compete globally and provide continuous employment. For the staff, solid practice on multi-year contracts creates a deep craft knowledge which define identity and world view. It is valuable in turning the production value chain into a safe environment in which people can imagine and take risks, and where they climb a ladder of increasing challenge and satisfaction.

On the other hand, the screen sector is a paradoxical n-dimensional flow of changing realities, a world of quantum methods and imaginations. Professional life and creativity is like working with Lego which keeps changing, folding, disappearing and squidging between our fingers. Reality is not as external; it becomes something that is bent by our will and imagination.

As people sometimes say in our world, ‘Everything is impossible until it happens’. Ten years ago, for instance, the idea of web series would have been insane. The fact that podcasts have revitalised the tired medium of radio was unthinkable. And so on.

The two conferences are not alternatives. Without structure the sector doesn’t learn or prosper; without change and evolution it will die. Different states and local cultures have different priorities, and people need both of these experiences at different points in their evolving careers. All through their working lives, screen creators benefit from the opportunity for concentrated learning, and the opportunity to step back and reconnect with their emotions and inspirations.

To share and grow the ways that the society depicts itself and shapes its stories is both a privilege and a necessity. That is why the various programs of workshops, guild events, conferences and courses are so important. And life without them is cumulatively boring.

The Media Resource Centre – which has put its event together on the smell of an oily rag after the loss of funding from the Screen Resource Organisation sector – has simply refused to quit.