Hello, I Must Be Going

This tender, understated film about a quietly redeeming love affair was nominated for the Grand Jury Prize at Sundance in 2012.
Liza Dezfouli
[This is archived content and may not display in the originally intended format.] 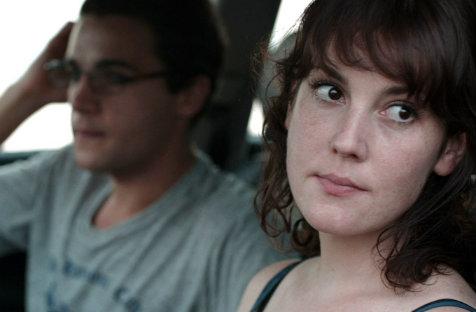 One of those films that stays with you well after the credits have ended, Hello, I Must Be Going is an understated, tenderly depicted film about a quietly redeeming love affair. There’s a lot to like about the lead character, Amy, and her journey from shattered divorcee to woman with agency; her younger lover, simply by being himself, opens her mind to a life defined by something other than married, well-heeled conventionality.

Melanie Lynskey (who played opposite Kate Winslet in Peter Jackson’s Heavenly Creatures all those years ago) is Amy, a young woman from a comfortable background staying at her parents’ Connecticut home after her husband suddenly leaves her. She’s numb with depression and unable to work out what to do with her life, having long abandoned her literature studies and emerging career as a photographer. Her dad (John Rubenstein) wants to see Amy married and housed while Mom (Blythe Danner) is counting the days until her husband finally retires so they can travel together.

An excruciatingly smarmy family business dinner has Amy meeting Jeremy (played with gentle yet intense seductiveness by Christopher Abbot), a 19 year old actor. He takes a risk and snogs Amy after she’s excused herself from table, an act which begins their sensual affair. The lovers keep their liaison secret and the story unfolds in a believable, nicely-keyed manner. The family dynamics are familiar to any adult child who’s had to ‘go back home’ and the secondary story, that of Amy’s parents, plays out so that you come to understand her mother’s frustration.  The scene where Amy confronts her ex-husband is revealing and quietly powerful.

Billing itself as an indie rom-com, Hello, I Must Be Going is softly humorous, the laughs occurring naturally as a result of circumstance or misunderstanding.

That Amy looks so young is a distraction in an otherwise effortless engagement with the story: Jeremy is supposed to be much younger than her but going by looks, there doesn’t actually seem to be much of an age difference between them, making it somewhat hard to buy the film’s premise that a relationship between the two would shock their respective families.

Hello, I Must Be Going was nominated for the Grand Jury Prize at Sundance in 2012 and it’s easy to see why. It depicts contemporary emotional dilemmas with sincerity, avoids the ‘cute and quirky’ characterisations so often seen in offbeat family dramas, and eschews cliché at every turn. The emotional truths are a treat to watch, as are the outstandingly natural performances by all the leads.

Hello, I Must Be Going

Available to rent or buy via Accent Film Entertainment