A three day conference as part of Adelaide Fringe is exploring the future of storytelling through immersive technology, virtual reality and the convergence of theatre, screen production and gaming.
Richard Watts 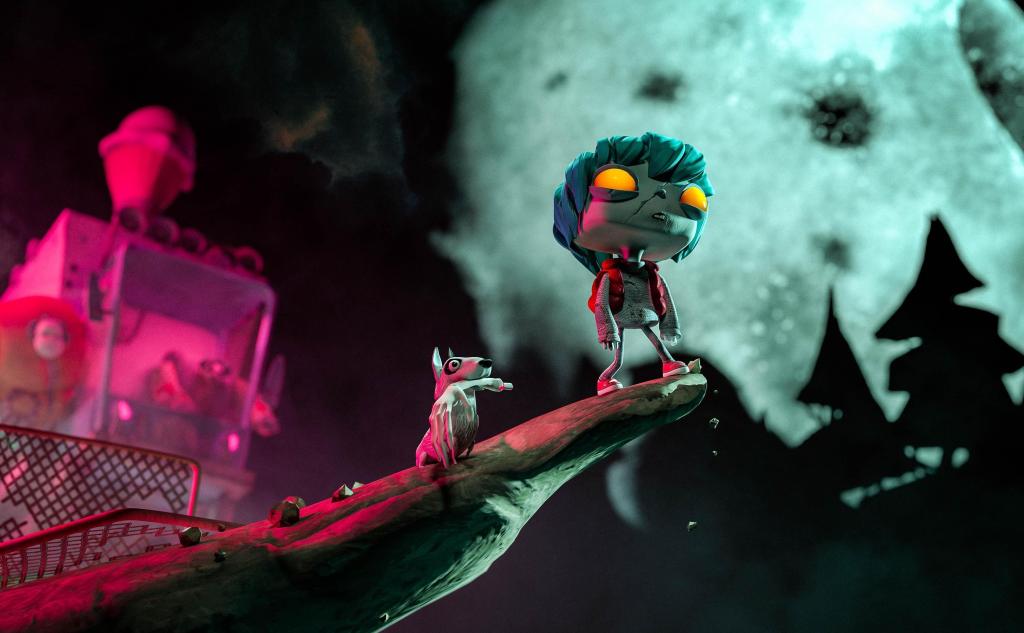 Artists are often first to seize on new technology in order to exploit its possibilities, with other industries following behind, according to Mark Atkin, a director of immersive media specialists Crossover Labs and the co-producer of Electric Dreams, a three-day conference taking place in Adelaide from 19-21 February.

‘Creativity comes before innovation,’ Atkin explained. He pointed to some of the international speakers appearing at Electric Dreams – presented as part of the 2020 Adelaide Fringe – by way of example.

Focussed on immersive storytelling and trends in gaming and virtual reality (VR) and augmented reality (AR), as well as the impact such technologies are having on theatre, screen productions and other artforms, Electric Dreams features speakers from Andy Serkis’ The Imaginarium Studios, The Royal Shakespeare Company, New Zealand’s Weta Gameshop and Industrial Light & Magic, among others.

‘All of these people are using the latest tools in amazingly creative ways. In doing so, they’re also finding applications for these different kinds of tools and platforms that might then go onto to have other applications across different industries,’ Aiken said.

‘All of this artistic experimentation, it’s gone on to enable different applications – medical applications, aerospace, manufacturing, commerce, real estate and so on. But none of those applications would have been discovered if it hadn’t been for the creativity that went on in the first place.’

‘Electric Dreams is a rare opportunity for us all to directly experience how technology is rapidly changing and growing the way we engage with and create art. Electric Dreams is a chance for creative practitioners to see how digital developments could be applied to their work, and for the wider public to see mind-blowing work from some the world’s most innovative immersive storytellers,’ Croall said.

A public program of immersive, cutting-edge works from around the world is showing as part of Electric Dreams, offering insights into what can be achieved with the latest technology, but the meat of the program is the conference proper, which Aiken said will appeal to anyone interested in the future of art and storytelling.

‘What we’ve tried to do is to present a cross-section of different types of virtual reality experiences. We’ve got a VR cinema so we’re presenting some cinema style works … There are other experiences that feel a little bit like a piece of theatre and there’s some that look like games but they’re all telling stories,’ he said.

‘What we’re trying to do is show a cross-section of different tendencies in immersive, where they share a space between narrative, documentary, cinema and theatre. If you come along and see these experiences you’ll see that for yourself; and if you come to the conference you’ll learn about this in a in a much deeper way.’

The first day of Electric Dreams is focused on creative approaches to technology and how technology is transforming the arts – such as the increasingly blurred boundaries between artforms.

‘I come from a film and TV background and I used to work for SBS … and in those days, in the 90s, we used to talk about convergence – that television and the web were kind of growing together to become [what we now call] digital,’ Atkin explained.

‘But now we can see that because of immersive, a different form of convergence is happening, and that is that the production processes for theatre, for films, for games and for art are all starting to merge and are starting to look the same, which is something that we never ever thought would happen.

‘And if you come and listen to each of our speakers, some of them from the world of cinema, some from the world of game-making and some from world of immersive art, in the end, you’ll find that there’s something that’s clearly linking them all together. And that’s about the production process – they’re using similar tools now in similar ways and they’re starting to feed off each other, and I think that that’s a tendency we will see happening very strongly in the future,’ he predicted.

Featuring panels, performances and presentations, Electric Dreams will explore the art and audiences of the future – as well as providing attendees with increasingly important digital literacy skills.

Using a speech written for President Richard Nixon in the event of a catastrophic moon landing by Apollo 11 but never delivered, Panetta has ‘recreated it deep fake style, so that Nixon now seems to be reading this speech. It is done impeccably but it never happened,’ Atkin explained.

The use of technology in this way raises two important points, Atkin explained. ‘First, they’re showing how interesting this application could be in bringing history to life – now you can actually have an encounter with characters from history in a way that you never have been able to before, and in a way that feels very real. But of course it wasn’t real. It’s not a piece of documentary. He never did read that speech.

‘And secondly, they’re using Nixon’s speech to sensitise us to the negative ways in which these deep fakes could be used and to give us a few tips on how to spot them, which I think we all need. We’re all vaguely aware that they could be used for fake news, they could be used to try and turn elections around and so on, so it’s absolutely vital in order to protect democracy that we all understand technology a little bit better.’

Conference-goers can also learn about ways in which gaming is shaping the future of cinema, in a session presented by Industrial Light & Magic’s Luke Hetherington.

‘He’s going to be talking about how they’re taking the production processes that they developed for making multiplayer VR Star Wars games and applying them to making movies. If you’re in this kind of multiplayer VR experience, you’re in a world that’s responding to you using real time animation that you can interact with. And now they’ve realised that they can do a similar kind of a thing on a movie set,’ Atkin explained.

‘So rather than having a green screen and then that green screen being replaced with CGI, they can have everything happening on this interactive screen, so you can have the CGI happening and the actors reacting to that, and whatever is on the screen reacting to the actors’ reactions as well. So all of that creates an experience which is much more authentic in terms of the acting and it feels much more real to the entire cast – and while that process comes from making VR games, the capturing of it feels more like live theatre.’

THE FUTURE OF FUNDING

The final day of Electric Dreams shifts from discussing what’s possible to some practical conversations about making the future happen, with a focus on meetings, demonstrations and networking. A key part of such discussions will be the question of funding for immersive and VR projects.

‘The fact of the matter is that a lot of people that we know as filmmakers have started to make this kind of work. And so they naturally would then go to the film funds, because that’s what they’ve always done. But then the film funds look at the funding guidelines that dictate what they can do, and struggle to find a way to actually really be able to enable that. And of course, anytime that they put money from film funds into this sort of work, that’s money that is not going to a film. So whose responsibility is it to fund this work?’

Atkin hopes the conference will help participants thrash out some new rules in this area.

‘The main thing that I think we’ll be seeing from these three days is that it’s well worth funding this kind of creativity, not least because of what I was talking about earlier – how creativity proceeds innovation. The knock-on effect from what comes out of this work can benefit many other types of industries, and it’s vitally important that this kind of creativity is invested in – so hopefully we can get some clarity around whose responsibility it is to fund this kind of work,’ he concluded.