TV Review: Why Are You Like This self-skewers twenty-somethings

Spinning off from a Fresh Blood pilot, this comedy mocks the pretensions and self-righteousness of youth, and though the characters are awful they're not awful to watch, says Anthony Morris.
Anthony Morris 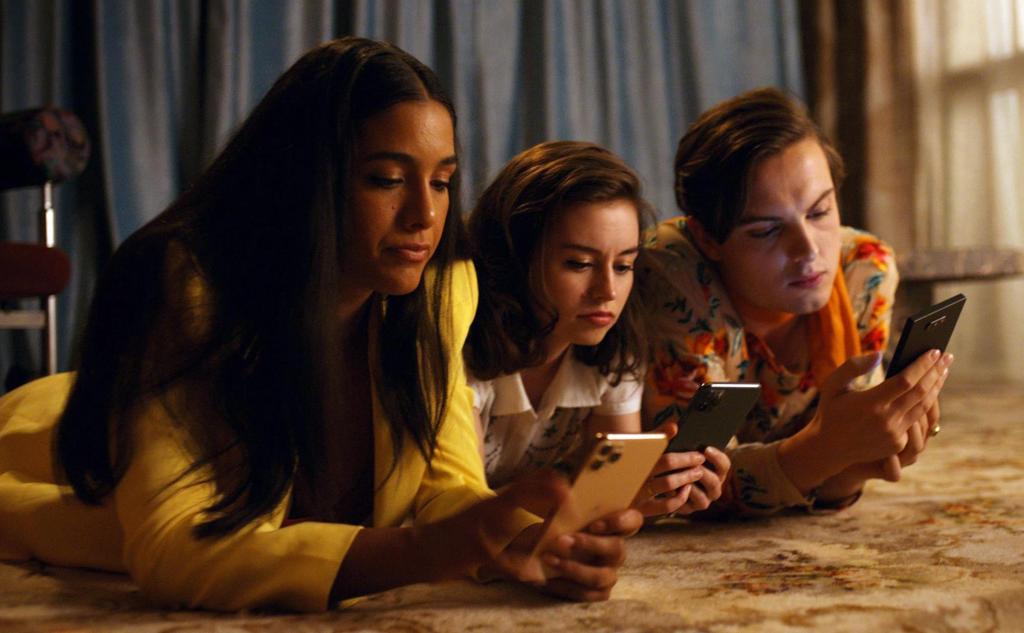 Olivia Junkeer, Naomi Higgins & Wil King in Why Are You Like This. Photo: ABC.

There’s something strange going on with Millennials and comedy. Generation-based jokes have been a thing since forever; there are records of ancient Greek elders complaining about the youth partying too hard, though if you don’t want to go back that far the wave of “generation gap” sitcoms in the 70s (think Kingswood Country) made it clear that sweeping generalisations about generations could be a prime source of laughs.

Since then, sitcoms about characters defined by their youth were generally on the side of their leads, whether they were Friends or Spaced or New Girl. Millennial sitcoms are different: they’re not afraid to look at themselves and say loud and proud ‘We suck’. Why Are You Like This follows in the proud, self-mocking footsteps of everything from Search Party to (at times) Girls to The Bondi Hipsters to Broad City, where the jokes fly fast but the main target is almost always the leads.

Millennial sitcoms are different: they’re not afraid to look at themselves and say loud and proud ‘We suck’.

Penny (a spot-on Naomi Higgins) is an ally. Whether she’s stamping out sexism in the workplace, stamping out racism in the workplace, or stamping out outmoded concepts of gender in the workplace, she’s always ready to use her white girl privilege (and steady income from the previously mentioned workplace) to support her local diverse community. Which is good news for her best friend Mia (Olivia Junkeer), who could be described as a lazy parasite with an extremely high self-opinion of herself, and her housemate Austin (Wil King), whose burgeoning career as a drag artist is only held back by the fact that he’s not very good.

As nightmarish parodies of Millennial entitlement, these three stagger through a range of situations designed to throw their awfulness into high relief. Penny’s attempts to shame an office homophobe (Lawrence Leung) in the first episode come to naught for a reason that almost certainly will not surprise you. Mia’s quest to find a new job is thwarted only by her desire not to work for a living, while Austin’s drag rival ends up carted off on a stretcher.

If any of this sounds familiar, that’s because this episode first aired back in 2018 as an ABC Fresh Blood pilot. It was one of the highlights of that season, and a definite step up from the previous version seen as part of the 2017 Fresh Blood series (creators and writers Naomi Higgins, Humyara Mahbub, and Mark Samual Bonanno have been with the series from the beginning). It’s a little disappointing then that the rest of this six-part series doesn’t see a similar levelling up in quality.

The move from 2017’s short instalments to a half hour pilot saw the series tighten its focus on what was funny about Penny and Mia rather than just going for gross-out gags. This series… well, Mia’s storyline in the second episode is that she’s lost her mooncup in her vagina and she needs Austin to look up there and find it. Is there a reference to jam once the cup is removed? Yes there is.

Part of the reason why Millennial comedy is so inwards-looking is because these days making fun of other people is out – though as Penny’s ‘Whom Can Talk Over Whom’ chart points out in episode two, cis white men should probably keep their heads down – and this works best when it’s ripping into the core trio. The workplace comedy with Penny in the first two episodes is especially strong; all three characters shine when their various strains of awfulness have something to push against.

When the series moves out into cultural areas (and plays up the unequal nature of Penny and Mia’s friendship) the comedy gets a little shakier. The series’ later episodes, where they deal with picking up (non-white people) at the club, making money from various online scams that are probably illegal, the joys of Ramadan and the perils of liking an artist who may be slightly ethically dubious by today’s standards, occasionally seem more about pushing topical buttons than getting laughs.

Comedy doesn’t need to come from somewhere real to work; shock and surrealism can be hilarious. But it’s hard to deny that Why Are You Like This works best when the characters’ awful behaviour is centred on something outside their own tiny world. But even when the storylines are a little too out there, the performances always keep one foot on the ground. They might be awful people, but they’re not awful to watch.