TV Review: Retrograde is a lockdown sitcom where friendship is key 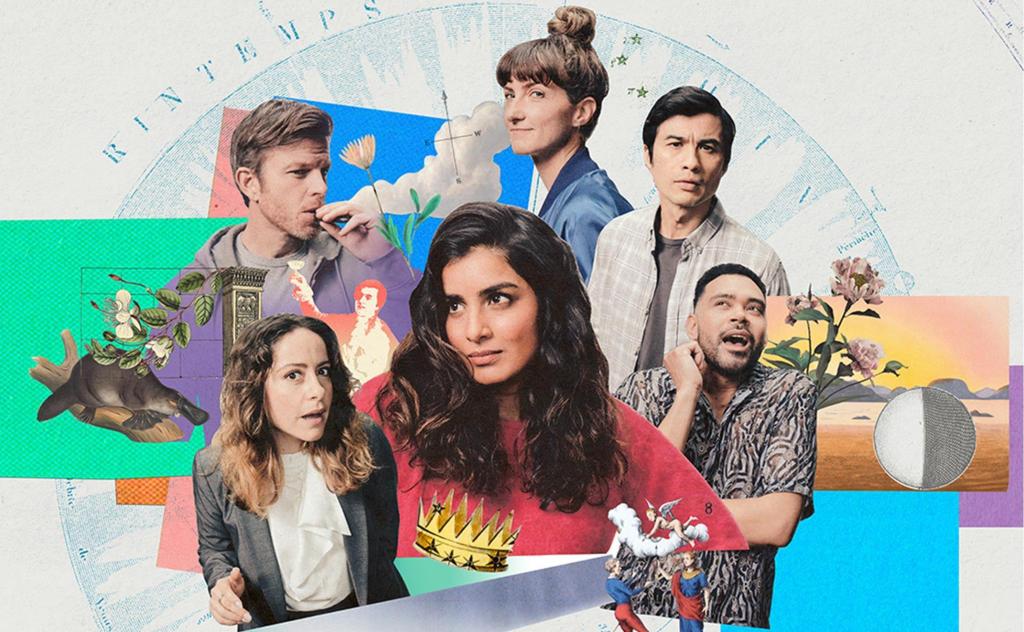 The old joke about Friends was that it was a show for people who didn’t have any. It was harsh, but it wasn’t exactly wrong. Appealing characters had always been part of a sitcom’s appeal, but Friends was one of the first to make that a primary reason to tune in. Funny or not, these were characters designed to be the kind of people that viewers would want to have as friends. It’s a lesson Retrograde has taken to heart.

Filmed during the recent national coronavirus lockdown with each cast member recording their parts in isolation, it’s a comedy about a group of friends where the friendship is paramount. These are meant to be people you’ll want to spent time with, not a group of gag-spouting clichés that get laughs from behaviour you’d run a mile from in real life. With the entire series filmed like we’re eavesdropping on a Zoom chat, watching them on screen is now exactly the same as how we’ve been spending time with our real friends anyway.

It’s the night before lockdown, only Maddie (Pallavi Shardi) doesn’t know it. She’s packing up her stuff ahead of a move to Korea for an exciting new position at her company, but she’s still celebrating with friends – just in a virtual online bar. Over the course of the next half hour, her life pretty much falls apart. The overseas job vanishes, the country goes into lockdown, her soon-to-be-former flatmate won’t let her stay, and the only option is to move in with the boyfriend she was planning to do the ‘long distance fizzle thing’ with because his daughter spits on her.

It’s only been a few months since television started experimenting with the grammar of lockdown filmed-at-home comedy, but already we know the tropes. This series does an impressive job of smoothly juggling the various character screens (there’s usually at least three characters on screen in their own windows at any one time), having characters come in and drop out as need be with a minimum of fuss. The technology and visual grammar of video conferencing is well-integrated into the story; muting some of the on-screen characters is a useful plot device, while the one character out on the street is shown in portrait like he’s chatting on his phone.

The comedy side of things is a little less inventive. There’s jokes here about trying to find toilet paper, video calls interrupted by persistent kids, surprise callers turning up in the chat, and someone dressed soberly from the waist up who then stands up to reveal it’s all casual downstairs. To be fair, it’s just episode one, and these gags work as devices to set the scene (that is, three months ago) even if they’re past their use-by date laugh-wise.

It’s the characters rather than the comedy that’s the real focus of Retrograde, and while a bunch of cool kids (in their early 30s) who haven’t quite got their lives together can be a tricky act to pull off – as numerous failed overseas sitcoms have repeatedly proven – for the most part this gets the mix right. The level-headed and immunocompromised Sophie (Esther Hannaford) and the boisterous Ramsay (Ilai Swindells) stake out the two extremes, while guest star Ronny Chieng as Maddie’s possibly evil speech-stealing boss is a highlight.

To entice you back next week, there’s already a love triangle developing. Maddie may have committed to bundling her phone plan with boyfriend Rob (Max Brown), but she clearly has chemistry with dope-smoking former flatmate Dylan (Nicolas Boshier). And why wouldn’t she? He had a dream where they swam through cat shit together in their flooded former sharehouse. That’s love in lockdown for you.