Theatre review: The Pact by Bitten By Productions

With The Pact, a crunchy, low-fi, tech-drama, Bitten by Productions may perhaps have bitten off slightly more than they can chew.
Emma Bedford 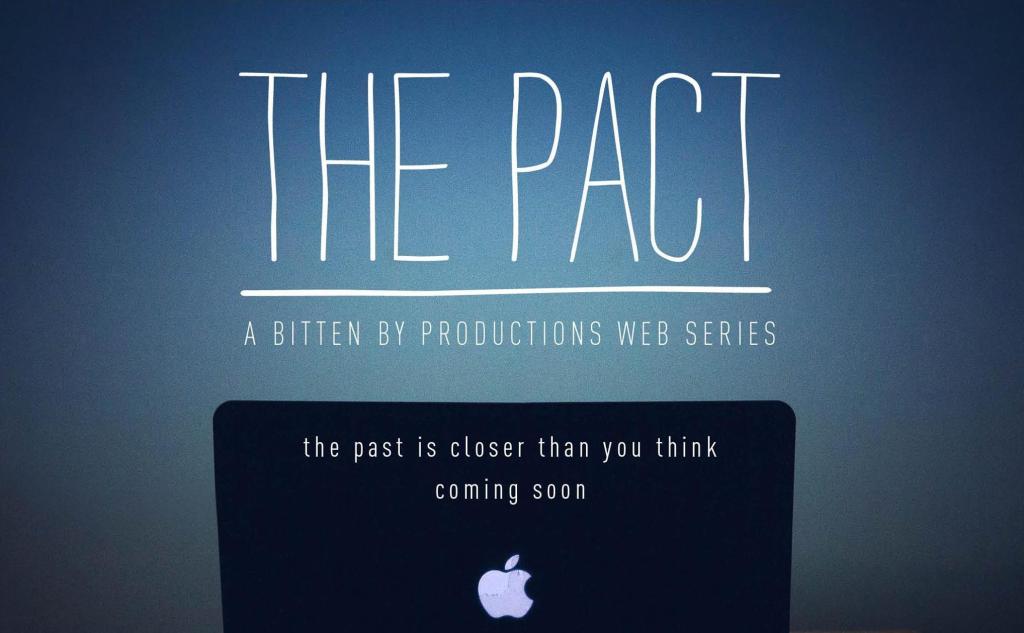 Bitten By Productions’ The Pact leaps right in from the first instalment, condensing character histories, story arcs and relationship into bite size, digestible snippets. Through fourteen, four-minute episodes, the viewer follows central protagonist Morgan, played by Rose Flanagan through a life-changing series of video calls, after she discovers an old friend has gone missing.

The Youtube series is a (perhaps not-all-together intentionally) light-hearted look at subterfuge, family tensions and growing older. Each short episode starts the same way, The Pact appears as thin spidery white text on a black background, followed by the all-too-familiar sound of a video call ringing in cyberspace as we wait for someone to pick up at the other end.

Rapidly, through a series of predictable interactions, a plethora of adult topics rise to the fore: hard drug-use vs clean-living, separateness, relationships and the ‘burden’ of disability.

This series has been written for a youthful, mainstream audience, and there is some indelicate handling of the topic of disability (as a life-ruining burden) and no captioning – although given the budget, perhaps Bitten By Productions plan on introducing this feature later. The Pact is accessible to blind or vision impaired audiences due to the static location of each episode allowing easy to follow character interaction.

In the series, an older, sober Morgan reminiscences on her wilder, drug fuelled days and the company she kept in her late teens. The Pact does this through short catchups with immediate family and now-estranged friends.

Shot Zoom-style, the drama unfolds as talking heads to camera. The team of writers have had to do the work and much of the time successfully skirt a fine line between filling the gaps for audiences and being didactic. There are some conversational gems,  but at times, the delivery wades into the uncompromising land of over-acting and emotions ratchet from 0 or 100% at the drop of a hat.

The Pact captures the awkwardness of video calls in these COVID times. The separateness that screen-based interactions lend to even familial connections, grappling to preserve meaning in non-tactile relationships. It is a credit to Bitten By Productions and their many collaborators on The Pact that a production can be COVID-relevant, without being about the virus.
Despite the uniform camera angles, Rose as Morgan undergoes wardrobe, time of day and location changes from episode to episode to mark the passing of time.

Grounded in realism, the characters swear a lot so if you find yourself easily offended, gird your loins. Character archetypes appear, suggesting a laziness in the development of the large cast of characters, some merely referred to, some appearing on screen. Two of the actors with bit-parts remain curiously unnamed in the episodic end credits.

Overall, The Pact offers up food for thought, if a bit undercooked. But it’s a diversion in these trying times, and why not? Making art, especially character-driven theatre in 2020, is no easy undertaking.

Rating: 2 ½ stars out of 5 ★★☆
The Pact
Bitten By Productions
Directed by Peter Blackburn
Edited by John Erasmus
Streaming in full on Youtube