Hillsong: A Megachurch Exposed review – ‘rotting from the head down’

The series builds an image of an organisation tapping vulnerable congregants while evading responsibility for the suffering it causes.
Mel Campbell 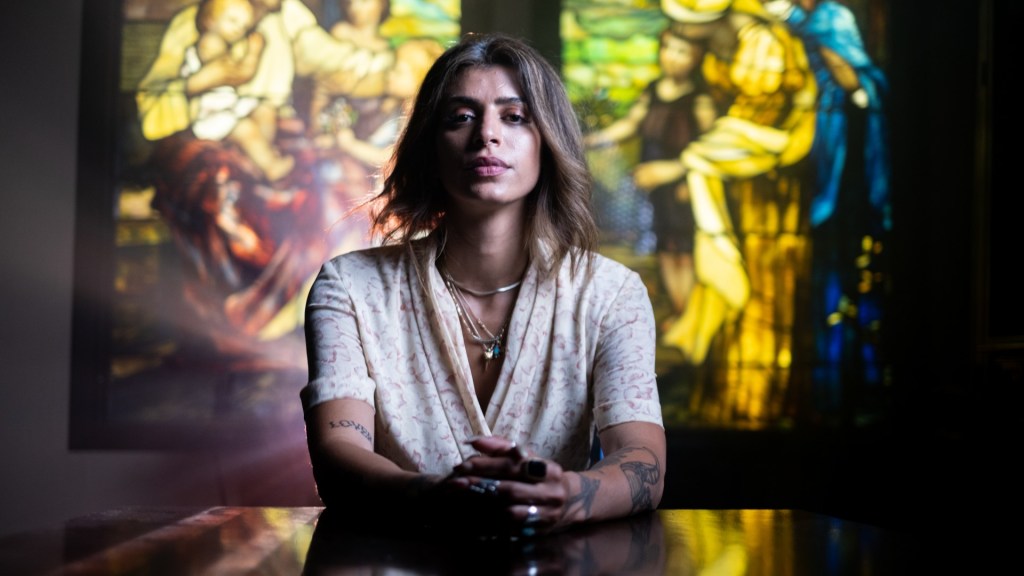 When Scott Morrison’s smirking face appeared onscreen as he led an onstage prayer alongside his close friend, Hillsong pastor Brian Houston, a flutter of relief swept over me. Praise God, praise voters; the office of Australian Prime Minister is no longer in sway to this organisation.

But that’s cold comfort to the rest of the world, where Hillsong is still metastasising. Even if the Pentecostal church that began in Sydney’s Hills district shut down the complex web of limited-liability companies through which it operates, Houston has inspired hundreds of other churches to adopt Hillsong’s potent blend of emotionally cathartic worship music and motivational hype talks by hip young preachers espousing purity culture and prosperity gospel.

This detailed, clear-eyed three-part documentary leaves viewers in no doubt: Hillsong is a hungry colossus rotting from the head down.

Many Australians already know it by increasingly tarnished reputation, but the role that Hillsong’s convention events played in spreading Covid-19 in Australia isn’t even a big enough scandal to register here.

Australian interviewees include Tanya Levin, who grew up in the church that became Hillsong and later criticised it in her memoir People in Glass Houses; NSW Greens politician and anti-sexual-abuse campaigner David Shoebridge, who’s just been elected to the Australian Senate; and journalist Elle Hardy, whose book Beyond Belief analyses the global rise and eschatological ideology of Pentecostalism.

Meanwhile, United States audiences – this series was produced in the US by Breaklight Pictures in association with New York Post Entertainment – may already know of Carl Lentz. This charismatic, hard-bodied New York pastor in oversized aviator glasses brought celebrities including Justin Bieber to Hillsong, but was fired after being caught cheating on his wife.

This series puts all the pieces together, building an image of an organisation whose key tactics are tapping vulnerable congregants for money and free labour to fuel its rapacious growth, and seeking to evade responsibility for the suffering it causes.

There are repeated scenes of Hillsong’s worship services, which are like a blend of rock concerts and TED Talks: ecstatic upturned faces and upraised hands bathed in multicoloured light. (We also learn that Brando Kress, Hillsong’s former New York City lighting director, worked unpaid for years, and quit only when Hillsong told him to train up more volunteers rather than pay him a wage.)

The first episode details the Hillsong formula, which Brian Houston created following a 1990s tour of US megachurches. His church renamed itself after the worship band who were its digital evangelists: Hillsong’s slickly produced pop music reached a global online audience before the organisation itself had a physical presence outside Australia.

Vox-pop-style interviews with young Americans show why Hillsong appeals to people in their teens and twenties searching for meaning and connection. Noemi Uribe, a former Hillsong Boston volunteer, recalls how she thought she’d found her community, only to leave the church with her mental health in tatters.

Other interviewees – including Janice Lagata, a former Hillsong NYC volunteer who worked closely with leaders including Carl Lentz – explain how the organisation methodically milks ordinary congregants for money, then shames and abandons them while pursuing elite influencers in politics, business, media and entertainment.

One interviewee, Ben Kirby, found himself increasingly repelled by the ostentatious wealth displayed by evangelical pastors, and started the Instagram account PreachersNSneakers to highlight just how expensively these men of God kit themselves out using money supposedly tithed to their churches.

‘If you believe that people actually have a chance of, like, going to hell, and you’re worried about how your ass looks on Instagram, it’s just so obscene,’ he says emotionally. ‘It’s saying that you don’t appreciate how grave the stakes are.’

While atheists may dismiss Hillsong as a cult, the anger and dismay it arouses in lifelong Christians like Kirby is striking. Many interviews are filmed in churches, where the pews, aisles, stained glass and religious iconography contrast with the bland, warehouse-like suburban compounds where Hillsong operates.

This is a break from Christian tradition: a truly neoliberal church that commodifies someone’s personal relationship with Christ rather than providing shared community and care. Would Jesus sit in the VIP section at one of Hillsong’s stadium events, or would he storm in angrily and start flipping tables?

Episode two introduces Ranin Karim, whose alleged affair with the married Carl Lentz – despite his professed obsession with sexual purity – is dramatically reconstructed by actors. Meanwhile, other former Hillsong members testify to their harsh moral surveillance and censure, and their unrewarded free labour – especially at Hillsong College in Sydney.

But Hillsong buries allegations of sexual abuse. Anna Crenshaw describes her struggle to report being sexually assaulted while studying at Hillsong College. Her assailant was the son of Hillsong’s head of HR, so… it didn’t go well.

The Houstons, and Carl Lentz, obviously refused to participate in this documentary. Brian Houston has since resigned his position to fight charges of concealing child sexual abuse. But they offer plenty of rope to the filmmakers in archival media interviews and their back catalogue of sermons, in which they posture on stage professing values that the filmmakers ruthlessly juxtapose with evidence of their behaviour.

In the series’ final minutes, Houston preaches onstage, seeking to position himself and Hillsong as staunch and righteous, enduring persecution. But this documentary compellingly reveals what they really are, and why they must be held accountable.

Hillsong: A Megachurch Exposed is streaming on Investigation Discovery, available on Foxtel and Fetch.