Occupation: Rainfall is a blockbuster on a scale rarely seen in local productions, but don't expect all the threads to be tied up by the end credits, writes Anthony Morris.
Anthony Morris 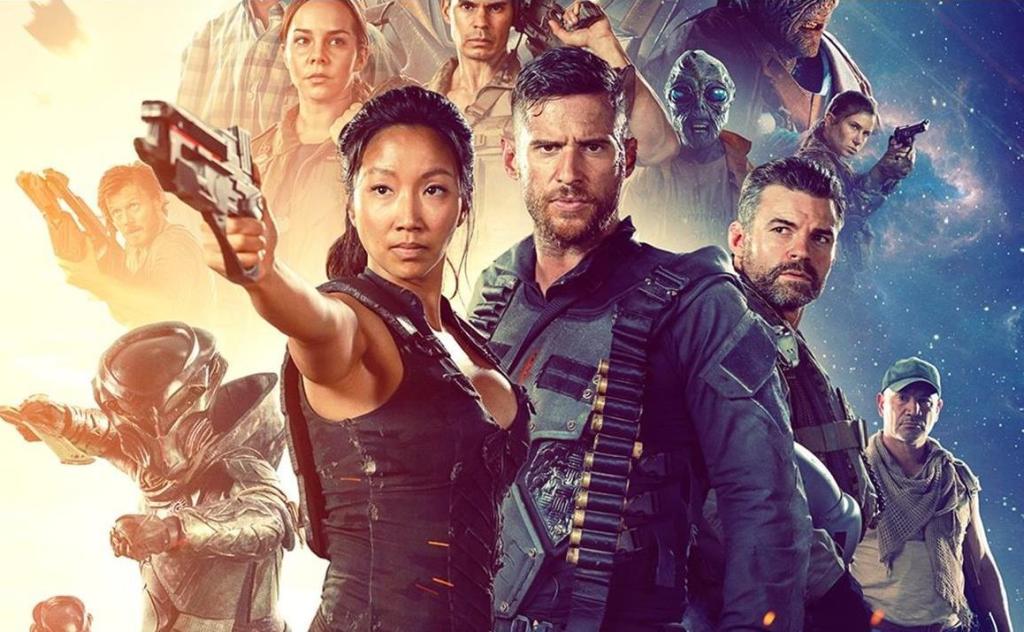 The words ‘dumb’ and ‘blockbuster’ go together so naturally it’s not even an insult. Explosions rarely tax the viewer’s intellect; they’re also rarely boring to watch. And if there’s one thing Australian writer / director’s Luke Sparke’s Occupation: Rainfall isn’t short of, it’s explosions. It’s also not short of alien invaders, RAAF fighter jets, automatic gunfire, more explosions, and alien horses that just can’t help themselves when it comes to eating bad guys. If you want to call this dumb, you’re not wrong – but you’re also missing the point.

‘Humans good, aliens bad’ seems like a decent guide to start with, but it doesn’t take long for things to get a little more complicated.

If you haven’t seen the first Occupation, the basic set-up is pretty obvious: aliens have invaded and turned Sydney into a hellhole, but a bunch of brave Aussies are fighting back. The film is so busy moving forward it rarely has time to fill in the back story. ‘Humans good, aliens bad’ seems like a decent guide to start with, but it doesn’t take long for things to get a little more complicated.

Turns out when the aliens fled their dying world they brought everything they could with them, including a lot of monsters (cool) and aliens who don’t agree with their warmongering leaders and have become refugees on our planet. Some humans, like Australian military leader Wing Commander Hayes (Daniel Gillies) want all aliens dead; others, like Amelia ‘The Human’ (Jet Tranter) are trying to help them find a way to survive on Earth.


It’s a nice touch of complexity, though the film’s fast pace and large cast means it rarely has time to play it; after all, Independence Day didn’t bother muddying the waters with ‘maybe not all aliens are bad?’. But it does give Occupation: Rainfall its best character: badass alien ‘Garry’ (Lawrence Makoare) who is occasionally overly literal but is always a cool dude, which makes our supposed hero Matt (Dan Ewing) seem like a bit of a dick for his constant ribbing and ‘I hate all aliens yes even you because you suck’ talk – even if it is setting up a predictable character development down the road.

After around a third of the movie has been taken up with carnage, twin plot strands emerge from the ruins of a devastated Sydney (though the rest of Australia doesn’t get a look in). Matt and Garry ride west to Pine Gap, where there are rumours of war-winning alien technology. Everyone else hides out in Australia’s top secret giant military base under the Blue Mountains, where the Wing Commander is acting increasingly dictatorial. There’s a lot going on here; don’t expect all the threads to be wrapped up by the end credits.

In a way it’s a shame the film drops back to a more human level. The opening effects are impressive, especially on what must have been a relatively low budget, with an emphasis on aerial combat that gives the film a constant sense of forward momentum even when the story is going in circles, and the characters are shouting bland action movie lines. There’s not a lot of sense that we’re actually seeing Sydney destroyed – aside from a few damaged landmarks, the destruction is both total and generic – but as post-apocalyptic wastelands go, it definitely looks post-apocalyptic.

The film has a scale rarely seen in local productions, and if some of the big moments might seem clunky to local viewers that has as much to do with audience expectation as it is the script’s blunt approach to plotting. The giant underground air force base is the kind of thing a US film wouldn’t think twice about doing. If travelling from Sydney to Pine Gap somehow means spending time in a wintery village where Temuera Morrison has retired from alien killing and Vince Colosimo leads a lynch mob, so be it.

A more serious problem is the scripts uneven tone. After a grim and relentless 80 minutes or so, Matt and Garry arrive at Pine Gap to find a comedy double act in the form of a freaked-out US intelligence agent (Ken Jeong) and a stoner alien (voiced by Jason Issacs). It’s not that these scenes don’t work – comedy relief is always welcome in a film that’s been taking itself so seriously –  but they do feel a little jarring after the relentlessly grim tone earlier.

In the end, any quibbles with the script are largely beside the point. This is a big silly effects-driven action movie, and Sparkes – alongside cinematographer Wade Muller, Green Smoke Digital producer Alex Becconsall, and effects houses Creative Cupids and FIN – deserve credit for what they’ve achieved here. With big budget blockbusters currently scarce on our big screens, the producers couldn’t have found a better time to release this epic celebration of the power of things blowing up.