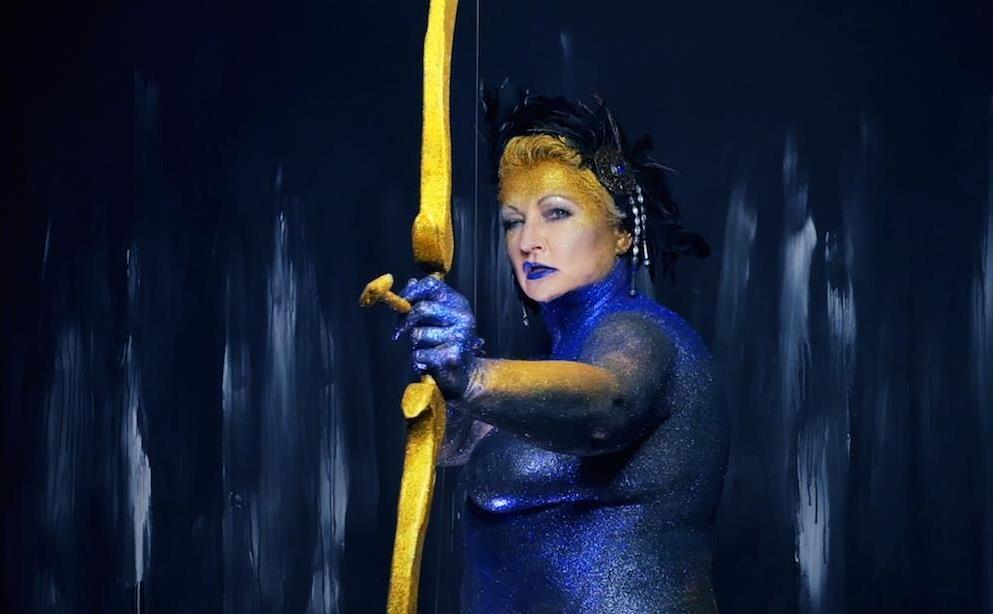 This imaginative documentary conjures its backstory well. Morgana (I am assuming that’s not her real name!) evokes the memory of her wild childhood (when she ‘lived underground’ in Coober Pedy), the depressive loneliness she experienced in school, the burden of conventional societal expectations, and her desperately unhappy marriage to some guy whom the film keeps anonymous and unidentified. By the age of 47, divorced, alone again and having suffered 12 years of celibacy, Morgana plots one night of ecstasy with a hired male escort (this guy is fully identified) before intending to kill herself.

Peppard (who hails from the lively local ‘women in horror’ milieu) and Hess (who works with Morgana in the production company Permission 4 Pleasure) use every filmic technique in the book – animation, reportage, re-enactment, miniatures, archival clips – to fuse their own artistic sensibilities with Morgana’s. The pace of this collage is so fast that, by halfway into its 71 minutes, I started to wonder whether it had already exhausted all its major ‘points’.

Happily, just then the film picks up a topic hitherto left dangling – Morgana’s fraught relationship to the members of her biological family – and kicks off in a new direction that unpeels further, surprising layers to Morgana’s life story. I will merely say that these developments lead, eventually, to the triumphant, Melbourne-based production of Labia of Love.

I have previously seen some films by RMIT graduate Anna Brownfield, a collaborator of Morgana’s who figures among the enthusiastic and eloquent spokespersons for women’s porn-erotica in this documentary. Brownfield’s work, like Morgana’s, opens up an area of cinema that straddles ‘amateur’, experimental and narrative forms. Amateur needs to come within scare quotes there because, in a contemporary landscape of thoroughgoing DIY digital production – and especially in this pandemic year – what the heck counts as amateur anymore? Morgana, as an event in Australian film, also marks this: the rapid crumbling – all for the good, in my opinion – of the divisions between amateur and professional sectors in fiction and documentary alike.