Storm in a Teacup – craft, love and dementia

Nia Pericles reflects on the pain and joy of making a film about her mother's dementia. The film has been quietly gripping audiences on ABC iView.
Nia Pericles 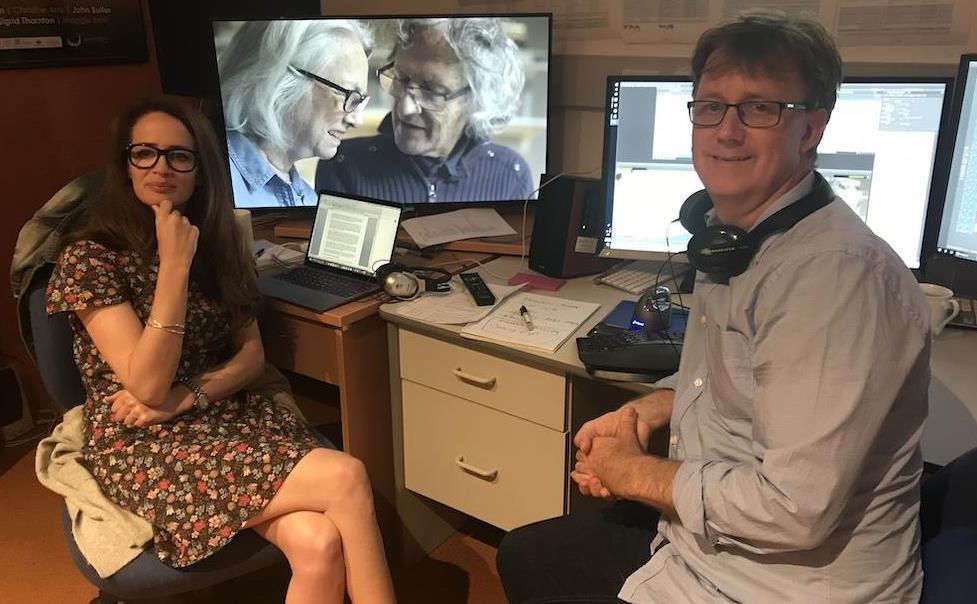 Dementia is one of the great, heart-tearing fears of our lives. It may take our own minds, and we could well see our parents and lovers stolen away and degraded. It is the great thief of identity. Storm in a Teacup, now on ABC iView, was made by WA documentary maker Nia Pericles about her own parents, using footage she started to shoot as a child. Here is her account of the experience.

I’ve been making TV for two decades, but in a documentary now on ABC iView, I’ve departed from telling other people’s stories. This time, it’s personal.

Around 1.5 million people in Australia are involved in the care of someone with dementia. Our family story is just one of them. As a writer/director, by turning the cameras on my family and revealing how we live – I want people to see that it’s not all depressing, that those with dementia are people with feelings who need engagement and love and that the role of the carer is a hugely undervalued role. Making this film brought me closer to both my parents and I’ve learnt a huge amount about dementia in the process.

It probably all started when I was about 8 or 9 years old, when my Dad bought me and my brother Damien, our first camera each – a Pentax spotmatic – 35mm SLRs (no, they weren’t digital) and taught us how to shoot stills. This was a great way to train the eye in composition, exposure, depth of field and so on and I loved it.

By the time I was 12 years old, I knew I wanted to tell stories and work in the media in some capacity. Dad bought me a second hand JVC handi-cam and I started filming the family. My dad, Leon Pericles, is an artist and a big character in my colourful childhood and the perfect subject to follow. But filming the family back then and through high school, I didn’t think for a second my footage would become a record of what Mum, Moira Pericles, was like before she got dementia. Or that the footage would be used in a film I would direct called Storm in a Teacup (screening on Tuesday September 17 at 9.30pm on the ABC + iview). But I’m so very glad we have it.

In the two decades before I made this film, I produced and directed shows like Bondi Rescue and Getaway, as well as documentaries The Secret Life of Death (SBS), Felicity’s Mental Mission (ABC) and Exhumed (ABC).

Storm in a Teacup takes you inside my family as my father embarks on his biggest challenge yet: a 50-year retrospective exhibition of artworks at a time when he had the least support.

That’s because Mum played a huge part in Dad’s success as his creative counsel and business manager, but with the onset of dementia a decade ago she is now unable to help and is fully reliant on Dad.

The story is told through my eyes and explores the role reversal of Dad with Mum, who has always been his rock. As Dad prepares for the exhibition of a lifetime, he must do so alone, juggling his roles of artist, husband and carer to mum.

It has been about two years since I first pitched Storm in a Teacup to Mandy Chang who was Head of ABC TV Arts. It was delivered under the current executive producer, TV Arts, Kalita Corrigan, who is a filmmaker herself and so her insight was invaluable. Naturally, it was imperative to me that I maintain my own family relationships over this long period. No film was worth dissolving the family for. This meant a lot of listening to Dad or my brother Damien for their thoughts. It also meant delicate negotiations and liaising with my mum’s siblings in order to gain their trust in telling a story about their sister, who was unable to give informed consent. Regular communication and transparency were both key to achieve this, but it wasn’t until the rough-cut screening with family that I could finally breathe that sigh of relief.

We filmed my family across six months between Perth and Margaret River, working with two DOPs, Darren McCagh (One Shot, ABC) and Peter Gleeson (Hotel Coolgardie), who were brilliant. Darren has an incredible eye and Pete (having directed films) was a great support for me with editorial decisions in the field, given I was both on camera and directing. Sound recordist Ben Ohayon was fabulous and also great with input: collaboration is important and ideas were welcomed from all.

The word that sums up being a subject in your own film is ‘discombobulating’.

I realised early on that given the observational nature of the coverage, if I was in a scene, I needed to be absolutely immersed in the moment and I had to let go of thoughts about coverage and where the camera might be. I discovered you can also direct from within the scene by asking certain questions or pushing the action in a particular direction. It felt weird to start with, but I got used to it.

Traditionally in ob doc, subjects are briefed to not look at the camera. I quickly realised that with mum, because of her short-term memory loss, this direction was never going to stick and to embrace it. She engaged constantly with the lens breaking the third wall (because in her mind, she was engaging with the cameraman) and the result is an intimacy that is simply gorgeous. Mum’s sense of humour brings a lightness and joy to the story which I love.

A box of tissues was a necessity on the desk during post production which went for about three months at Artemis Media in Perth with editor Nick Dunlop. Nick’s dry wit balanced out the occasional tears from me or him or our executive producer Celia Tait, who was a refreshing voice of reason as we dug deeper into the vision. In week one I realised given I shot some of the film and was in it, there would be oodles of room for me to whinge about how I sounded or looked or criticise my coverage, which would be unfair to Nick. So I made a rule and wrote on the whiteboard in the suite: “Nia can’t talk about herself on camera or her camera coverage, except in a detached way”. It helped keep perspective on things as we cut, even though I slipped up a few times. It kept us sane.

My experience producing the sizzle reel for the film in 2017, which helped secure funding from Screenwest and Screen Australia, told me that the shoot would be the easy part emotionally given I’m around my family all the time, but the edit would be the most intense, sitting in a room watching vision over and over of my Dad upset or my Mum distressed.

But with Nick and Celia, I was able to leave when I needed and have breaks.

At its heart, this is a story of a great love, a partnership in business and life that has stood the test of time and now faces one big challenge. It was in the edit, looking back at archive of my folks when they were young that made me the most emotional. It made me realise how tight their bond was to start and how decades later their love is stronger than ever.

Documentary maker, field director and series producer Nia Pericles is also a development executive at WA's Artemis Pictures. She is experienced, multitalented and deeply immersed in all that the recording of reality can offer her.