The National Film and Sound Archive looks back at the story of Australia's first 'adults only' soap.
Samuel Phelps 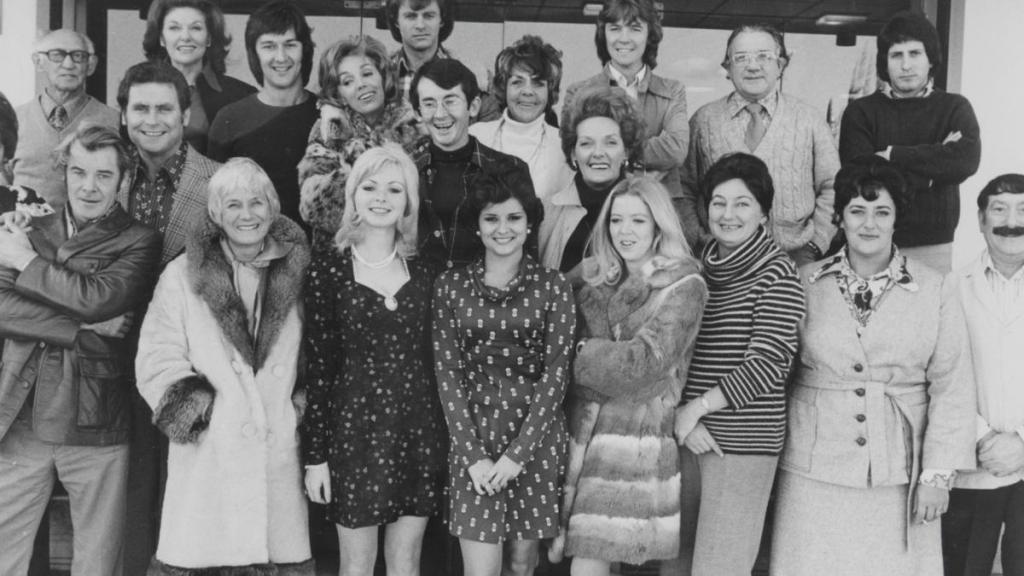 Depending on which newspaper you read on 13 March 1972, Australian television lost either its innocence or its virginity. These headlines were part of a major marketing campaign that, 50 years ago, heralded the debut of the ‘adults only’ soap opera, Number 96, in Sydney, with Melbourne following on 14 March.

The campaign was the brainchild of Channel 10 publicist Tom Greer (1942–2014) and created a huge buzz around this new style of programming. Number 96 was the first soap opera to be screened five nights a week in prime time and it promised to be edgier than anything TV audiences had seen before. It was a huge risk by the producers of the series, Cash Harmon, and the 0/10 Network which was struggling to make its mark in the TV landscape.

The gamble paid off and Number 96 soon became the most popular show of the day. But as cast member Elaine Lee (who played Vera Collins) reveals in this excerpt from her NFSA oral history interview, she had serious doubts about the show when she saw the first few episodes that made up the 90-minute debut presentation [note: the interview can be accessed from the NFSA collection]. Despite Elaine’s misgivings, the show’s success was almost instantaneous.

Set in a block of flats in inner Sydney, Number 96 introduced viewers to a diverse range of characters and a hell of a lot of controversy.

The characters included pensioners, English immigrants, a European Jew and his Australian-raised daughter, a chemist, a woman (Vera Collins) who dabbled in fortune-telling and even a gay couple who lived together – a world first in television – at a time when homosexuality between consenting adults was illegal.

The controversy came from storylines that tackled taboo subjects such as rape, drugs and abortion, plus eye-popping nudity, which is why so many people initially tuned in.

As the popularity of Number 96 grew, the cast and their characters soon became household names.

One of the actors who attracted a lot of media attention was Abigail, who played Bev Houghton and became our first home-grown sex symbol.

Abigail is seen in this clip, interviewed by Brian Bury who met the actors before the show’s debut in 1972 and then returned for follow-up interviews in 1973 as Number 96 celebrated its 300th episode.

It’s interesting to note Bury’s question to Abigail about her future with the show. Despite being one of its biggest drawcards she was dropped from the series just a few weeks after this interview and replaced by Vicki Raymond who became the ‘new’ Bev Houghton. In the same segment, Bury also interviewed Ron Shand and Pat McDonald (who played husband and wife Herb and Dorrie Evans). Keep an eye out for actors Norman Yemm and Tom Oliver in the Brian Bury clips.

As Number 96 continued through 1973 and 1974 its place at the top of the TV ratings was cemented. It had become the show that was on everybody’s lips and you’d find people discussing it in shops, on the bus, in schoolyards, workplaces and even Parliament.

Aside from the more controversial aspects of the show, part of its appeal was the cliffhangers. A dramatic event would be presented at the end of an episode with viewers having to wait for the following episode to find out what happened next.

Two of the more memorable cliffhanger storylines were the ‘pantyhose murders’, which featured a serial killer who strangled her victims with pantyhose, and the infamous moment when the bomb blast in the deli in 1975 killed off four popular characters in one hit. This upset some fans so much that they petitioned Channel 10 to bring the dead characters back. The Mike Walsh Show revisited the explosive ending in a retrospective on Number 96 in 1981.

Another big drawcard was the comedy. The show was steeped in revue and had strong connections to the earlier, top-rating satirical program The Mavis Bramston Show, through writers including Number 96 creator David Sale, Johnny Whyte, Eleanor Witcombe and Ken Shadie (who was later nominated for an Academy Award for Original Screenplay for Crocodile Dundee).

As Number 96 attracted the viewers and high ratings it also attracted some big-name stars of the day, many in cameo spots, including Robert Helpmann, Mike Walsh, Lorrae Desmond and Frank Thring.

As well as providing experience for countless crew and behind-the-scenes craftspeople, Number 96 was a stepping stone for thousands of actors including many who went on to have high-profile screen careers, including Ray Meagher (who found fame as Home and Away’s Alf Stewart). You can see Anne Charleston (Madge Bishop in Neighbours) and Carol Raye (from The Mavis Bramston Show, The Young Doctors and Blankety Blanks) in this clip from the show’s 600th episode.

Number 96 ran for five-and-a-half years, ending production at episode 1,218 in 1977. In 1981, several former Number 96 cast members appeared on The Mike Walsh Show to celebrate the groundbreaking 1970s soap and its director Brian Phillis.

Appearing were Sheila Kennelly (who played Norma Whittaker), Pat McDonald (Dorrie Evans), Joe Hasham (Don Finlayson) and Johnny Lockwood (Aldo Godolfus). They were there principally to pay tribute to director Brian Phillis (1939–2016) who was then celebrating his 25th year in the television industry.

During his career Brian had worked as a director on Number 96, alternating for those five-and-a-half years with fellow director Peter Benardos. Brian would do one week in the studio and then it would be Peter’s turn. Brian was now working as director of The Mike Walsh Show.

In this extended clip we hear the four actors reminisce about their time on the show, working with Brian and the many practical jokes he played on set.

It was the blend of comedy and drama, together with its memorable and beloved characters, that made Number 96 the incredibly popular success that it was. And that makes the show’s 50th anniversary worth celebrating.

This article was originally published on the National Film and Sound Archive website. All clips referenced can be accessed from the NFSA Collection.

Nigel Giles has been recording oral histories for the NFSA for over 20 years. His book Number 96: Australian TV’s Most Notorious Address was released in 2017. He recently edited the book ‘Number 96: 50th Anniversary Album’ due for release in March 2022.