How Do You Want to Monetise This? Lessons from Critical Role

One of YouTube's biggest successes came not from huge budgets but by finding its geeky audience.
Hung-Yen Yang
[This is archived content and may not display in the originally intended format.] 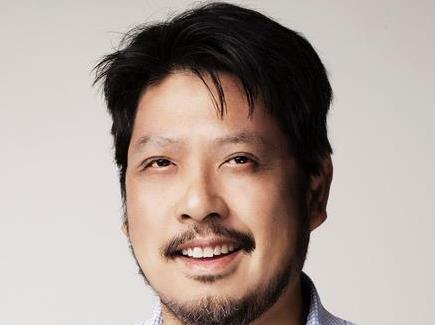 Many media businesses, both small and large, are struggling to make their way in the ‘new paradigm’ of media. We have seen many traditional media businesses diminished or disappear (‘disrupted’) as a result of this paradigm shift. Even ‘new media’ darling, Buzzfeed, recently underwent a painful round of layoffs, demonstrating the complexity and speed of change still occurring in the media landscape.

Amongst this carnage, YouTubers Critical Role (CR) are achieving the rare feat of converting their online popularity into significant amounts of money. Recently CR closed a Kickstarter campaign to animate their first series as a television show, entitled ‘The Legend of Vox Machina’ . At the time of writing, it had become the ‘Most Funded’ Film and Video Kickstarter campaign in history, surpassed $16 million in funds pledged, and is presently the 5th most funded Kickstarter campaign of all time.

What may seem most remarkable to people outside the diehard Critical Role community (dubbed ‘#Critters’) is how a bunch of self-described ‘nerdy-ass voice actors’ came to this position: playing Dungeons & Dragons™, the iconic tabletop game, synonymous with socially awkward males since its inception in the early 70s.

We examine their approach to see if Australian screen businesses can learn from these online moguls.

The Power of Niche

The new paradigm of media inverts the old 80/20 model of broadcast television. Instead of aiming for a large audience (the 80%) and drawing little or no money directly from that audience to convert into mass advertising eyeballs, CR focused on a niche audience (the 20%), drawing more from each of their Critters. Proof can be seen with 88,887 backers pledging on average $183.72 each. In a world that now has a surfeit of video content (as opposed to, say, 5 broadcast TV networks), the only way for all but the best resourced content creators to ‘cut through the noise’ is to focus on a niche.

The tiny 1% audience one might achieve in Australia, may translate to an audience of millions overseas.

Leverage the internet to build your online community

In a content-abundant world, digital content has proven extremely difficult to monetise for even well-resourced media companies that have existed for decades. The positive flipside to this is that the internet is an excellent means of distribution for digital content, including for global audiences. The tiny 1% audience one might achieve in Australia, may translate to an audience of millions overseas.

CR spent 4 years building their online fanbase, leveraging the niche audience of their original YouTube hosts, Geek & Sundry (G&S) before breaking out on their own (with a YouTube channel, website and studio). When it came time to make a call-to-action their small online following (in percentage terms) was not surprisingly already familiar with online monetisation systems, such as Kickstarter and Patreon.

Maintaining their own Intellectual Property (IP)

Interviews with Matt Mercer (CEO of Critical Role) reveal negotiations with former hosts G&S stipulated CR maintain the rights to its intellectual property. Generally, the presumption in IP law is that content is owned by a) the organisation that made the content ‘in producible form’ (this was G&S until June 2018 whereupon CR commissioned its own studio) or b) the client (once again G&S) that commissions the content.

In this context, although the video content was co-owned by CR and G&S, it meant the world created by ‘Dungeon Master’ Mercer, the stories and the characters created by its cast always resided with Mercer and the CR team. This meant CR’s step towards independence less than a year ago, was far less fraught. Without the far-sighted decision to retain their IP, proceeds of their Kickstarter campaign would likely have gone to G&S, or at least been shared.

Niche market of one or unique voice

The success of CR on YouTube brought legions of copycat ‘actual play’ tabletop YouTube shows, yet none have succeeded like CR. This suggests that these niches may only have room for one or two financially successful examples.

This points to the importance of content creators finding and expressing their ‘unique voice’. In business terms, this ‘voice’ acts as a unique selling point (USP) in a crowded marketplace. CR’s unique voice is made up of its Dungeon Master’s world view and style, as well as the professional characterisations of alter egos by a trained cast that have a unique chemistry.

The importance of the ‘experiential’

Mercer admits in early interviews after their independence, they had little idea of what to do in business terms except to keep things ‘experiential’. The internet has meant digital content can be infinitely reproduced at near-zero cost, meaning most digital content will gravitate towards zero value over time. That which is not digitally reproducible, such as live performances, tactile, beautiful (e.g. merchandise) or unique goods (e.g. signed t-shirts) may defy this to the right (niche) audience.

This ‘experiential’ edict applies also to the chemistry of cast members who were already familiar with each other’s play style (they played for three years at Mercer’s house for fun before suggesting it to G&S founder Felicia Day).

It is also worth noting that all of the most popular ‘actual play’ role-playing games on the Internet (such as Penny Arcade’s Acquisitions Incorporated or the Glass Cannon Podcast) have their cast and game master in the same room at the same time, rather than streaming geographically disparate players virtually onto a shared screen.

What is ‘Good’ is defined by the audience’s interests, not by production values

Interviews with Mercer about early discussions of the form CR was to take on G&S reveal the lack of importance of production values to this type of niche content, and likely many others. Pewdiepie, the most successful YouTuber in the world started as one man sitting in front of his webcam in his bedroom.

Likewise, no other G&S show has succeeded like CR, despite most having considerably more production and post-production values. In the end, CR started at G&S on a borrowed set (ostensibly a child’s bedroom) with three locked-off cameras, basic make-up and no wardrobe.

Whilst all these lessons might not be translatable to Australia, (apologies to our local actual-play equivalent Dragon Friends) creative businesses such as CR are a living experiment worth observing in the new media landscape.

This is a summary of an article that first appeared on www.bypgroup.com.

Hung-Yen Yang is a principal at BYP Group, a specialist consultancy for the creative industries.