Found on the net – global visions of the screen world 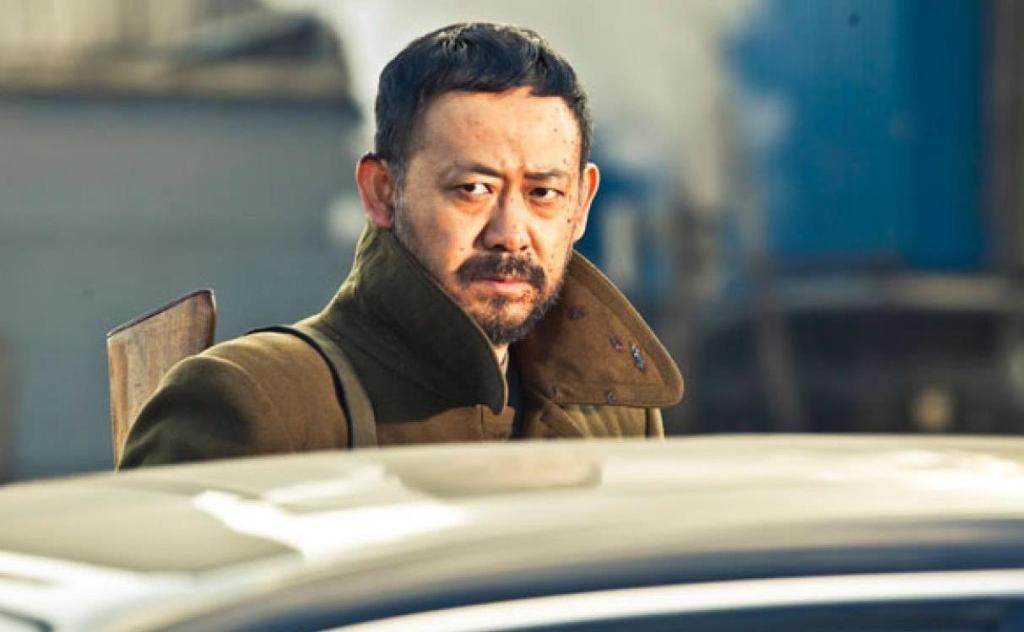 Jia Zhangke’s A Touch of Sin is a festival hit which was frozen out by Chinese censors.

Because we search the net so you don’t have to, we have created a slot to collect the insights, trends, politics and visions from around the world that resonate with our industry.

This ice sculpture pictured in China Daily won ‘the first prize on Jan 13, 2020, at the 25th Harbin Snow Sculpture Competition at the Sun Island International Snow Sculpture Art Expo Park in Harbin, Northeast China’s Heilongjiang province’, which is a massive event. Was the team from Ulaanbaatar in Mongolia responding to our bushfires, or did our animals just come to mind when they envisioned a freezing sculpture called Save Me?

We remain fascinated by China because it is a fantastically superheated laboratory for the rest of us. At the same time it seems to be regressing into Stalinism while it is going through all the phases of an advertising economy in really fast motion.

The branding strategies are both ultra-modern and creative, while they reinvent the earliest versions of commercial TV in the US. Those shows were called soaps because that is what they promoted.

China Film Insider has created an entire strand about branding, which carries an excellent summary of the last twelve months. The opening para defines the scope:

As 2019 draws to a close, it’s time to look back at some of the key ways in which brands sought to resonate with China’s consumers through entertainment and other content-driven marketing strategies. As elsewhere, growth in China’s overall advertising industry is slowing and viewer tolerance for traditional forms of advertising is declining in the new era of on-demand content, so brands have had to raise their levels of creativity in order to have a successful impact on their target consumers. While consumption is driven by the millennial and Gen Z demographics, brands must respond with new techniques to woo these increasingly savvy and choosy buyers.

VICKI MADDEN AND THE GLOAMING IN THE SPOTLIGHT

DQ Quarterly runs an international television lens over Vicki Madden and The Gloaming.

Madden also wanted to flip the traditional crime drama structure, offering viewers a glimpse of the central criminal early in the story to make The Gloaming a ‘whydunnit’ rather than a ‘whodunnit.’

“I found that quite a tricky, complex thing to do, so I can see why people don’t do it that often,” she admits. “It’s interesting; it makes you think about why people do what they do and work out the motive behind it. From there, all the fingers of all the different genres start to spread out.

Local Launceston journalist Frances Vinall tells a good version of Vicki Madden’s origin story, though she is not immersed in the details of the development process.

She scraped through school – saved from failing completely, she said, by a program at the time that allowed her to spend time on English and sport, rather than science and maths – and moved on to Melbourne, a journalism cadetship at Channel 10, and carving out a spot for herself in TV writing.

Austin’s South by South West (SXSW) has announced most of the features, docs and series episodes for this year’s program which opens on March 13. Some strands are still to come like the Midnight sessions. Not an Australian in sight but the list is stlll fascinating as a study of the fine art of promo paras.

Indiewire runs through the staff favourites at Sundance so we can compare the artistic ambitions of the two festivals. Looking further ahead, Cate Blanchett will head the jury at the Venice Film Festival. This is how festival head Alberto Barbera described the decision:

Cate Blanchett is not just an icon of contemporary cinema, courted by the greatest directors of the past twenty years and adored by moviegoers of every kind. Her commitment in the artistic and humanitarian fields and to the protection of the environment, as well as her defense of the emancipation of women in a film industry still coming to terms with male prejudice, have made her an inspiration for society as a whole. Her immense talent as an actress, combined with her unique intelligence and sincere passion for cinema, are the ideal qualities for a Jury President.

Spike Lee will do the honours at Cannes while Jeremy Irons has the gig for Berlin.

Indiewire explores the aesthetic possibilities of large format cameras like the Alexa 65, which are changing film language.

Cuarón ended up with the feel and intimacy of a slightly tighter frame, with the background and foreground appearing closer together, but he was actually seeing wider than he ever had before. In her review of “Roma” for the New York Times, Manohla Dargis captured the contradiction of the film’s intimacy and visual scope. “Working on a panoramic scale often reserved for war stories, but with the sensibility of a personal diarist. It’s an expansive, emotional portrait,” wrote Dargis. “Many directors use spectacle to convey larger-than-life events while reserving devices like close-ups to express a character’s inner being. Here, Cuarón uses both intimacy and monumentality to express the depths of ordinary life.”

Film School Rejects interviews Maryann Brandon, one of the editors on The Rise of Skywalker.

We just wanted to get a jump on visual effects, because it was just a long—it was, I guess, five-month shoot? We just had a lot of effects we needed to get in the pipeline. Obviously, the earlier you get them in, the more you can change them when you need to! Cutting on the set, for me, was great, because I felt like I was part of the crew, I was part of the shoot.

This is grim news. China seems to accommodate many tensions between government policy and the marketplace by using wriggle room. Filmmakers have been able to maintain their independence by never running in mainstream cinemas, so they don’t have to go through the censorship process.

Instead, they screen at independent film festivals, which at least provide an audience and a platform. This is a useful platform in reaching film festivals outside China with all the international attention that implies. But the government has been squeezing the local indy festivals since 2012, when the electricity for the Beijing Independent Film Festival was cut off.

The remaining festivals became increasingly secretive, playing a cat-and-mouse game with authorities. As of January 2020, the movement is pretty well dead, as the China Independent Film Festival announced it is closing down. This leaves only a few outlets based in universities. This is a Google translation of the announcement.

The China Independent Film Festival (CIFF) will be suspended indefinitely from today.

Since its establishment in Nanjing in 2003, CIFF has held a total of 14 sessions.

We believe that it is impossible to organize a film festival with a purely independent spirit and effectiveness in the local organization. Even the film festival itself is an object worthy of reflection. Of course, we still respect the local film festivals that still do their best to encourage independence under the security mask.

Therefore, CIFF has completed its historical mission. Farewell before we begin to decay is our greatest respect for history and our greatest goodwill for tomorrow.

‘Movies for Freedom’ is the purpose of CIFF and a spiritual heritage that we are proud of. But it will not really be just heritage. Its three dimensions: free expression, free style, and free life. Someone will continue to practice.

CIFF will always be forgotten, but hopefully those movies we choose can be remembered.

Thank you to everyone who has participated, helped, and followed CIFF.

One of the curators told the South China Morning Post

‘Now there are more government-oriented festivals and commercial festivals, offering more choices for young filmmakers. We cannot ask everyone to live like an ascetic monk, as the independent filmmakers did 10 years ago.’