Colourblind Casting: ‘I’ve been waiting for this a long time’

When actor Ming-Zhu Hii got to play a delicious period role in 'Ms. Fisher's Modern Murder Mysteries' it was a defining moment.
Rochelle Siemienowicz 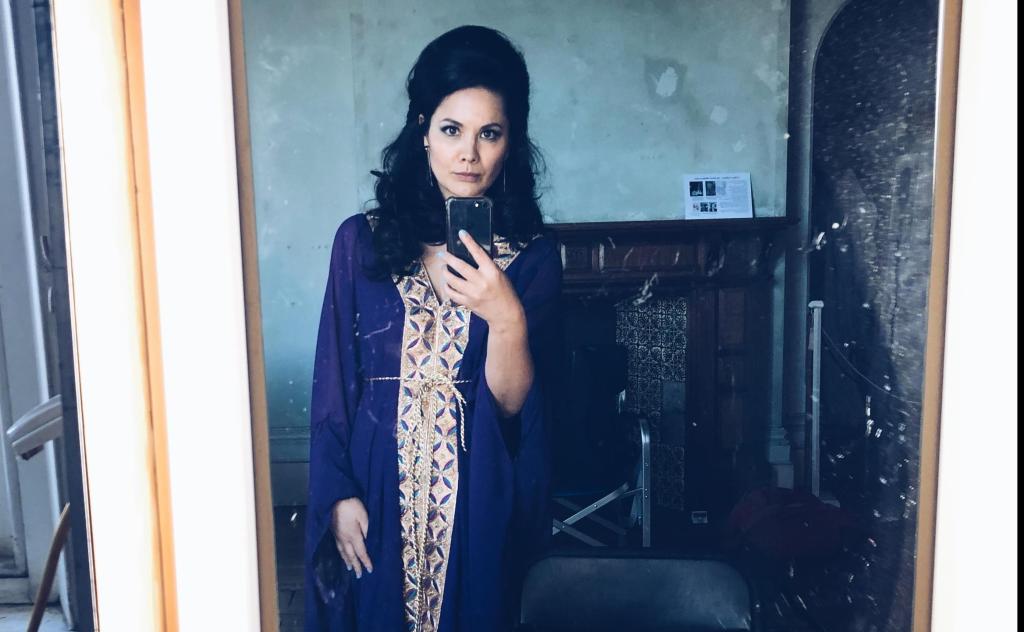 Ming-Zhu Hii is an accomplished performer, filmmaker and voice artist who’s been been working in Australian film, television and theatre for close to 20 years. You’ve probably seen her in films like Upgrade and Peter Rabbit, or on TV in Shaun Micallef’s Mad as Hell, The Ex-PM or Get Krack!n.

But it was on Instagram that we most recently noticed Ming-Zhu, when she posted the selfie pictured above from the set of Ms. Fisher’s Modern Murder Mysteries, accompanied by the following note that she’s happy for us to re-publish.

Read: Testing Times: the unpaid labour of auditioning from home

It’s a potent reminder that creative casting, especially in mainstream productions, can mean a lot, both to the individuals involved and in shifting the expectations of the culture at large.

‘Fresh out of lockdown in mid-Dec last year, I had the enormous privilege of playing the ghastly beat poet, fantastically bold feminist author, and deliciously sensuous swinger, Francine Laroux in @msfisher_modern.

It’s an exceptionally beautiful team, with the cast led by the heavenly and remarkable Ms. @geraldinehakewill, and it was insanely fun to shoot.

But here’s the big thing for me about this job: as a young woman growing up, I always imagined I would somehow end up in a period cosy murder mystery. It was a consistent feature of the programming we watched in our house, and at that time I had no reason to believe that a person of colour couldn’t be in a period show or film. But when I graduated from drama school, in my early early 20s, I was swiftly disabused of the assumption.

It seemed that there was a whole set of firmly entrenched beliefs, and ways of interpreting and telling stories that meant this might never be a possibility. I wrote it off for good. I honestly believed it would never happen. It was heartbreaking, but I sort of internalised that narrative, and believed that period cross-racial or #colourblind casting (as problematic as these things can sometimes be), would not happen in my lifetime; and certainly not for me in my career.

This is Australia, we don’t have a great track record of #crossracial casting, much less in period TV

So when I received the casting call for this, and then the offer, I almost thought someone had made a mistake! This is Australia, we don’t have a great track record of #crossracial casting, much less in period TV… At my first fitting for Francine’s glorious purple kaftan, I was beside myself. And as the days drew on and I got to play with this gorgeous ensemble, I realised just how very long I had been waiting for this moment.

So much is changing now. Certainly, not fast enough, and yes there is much work to do. But it’s steps like this that start to shift our collective imagination, and promote a different kind of representation. And the more different kinds of representation we have on our screens, the more powerful and impactful our stories will be.

Ms. Fisher’s Modern Murder Mysteries S2 is currently streaming on @acorn_tv, and I’m so proud to be a part of it.’