Box Office – cinemas rebranded as locations for the apocalypse 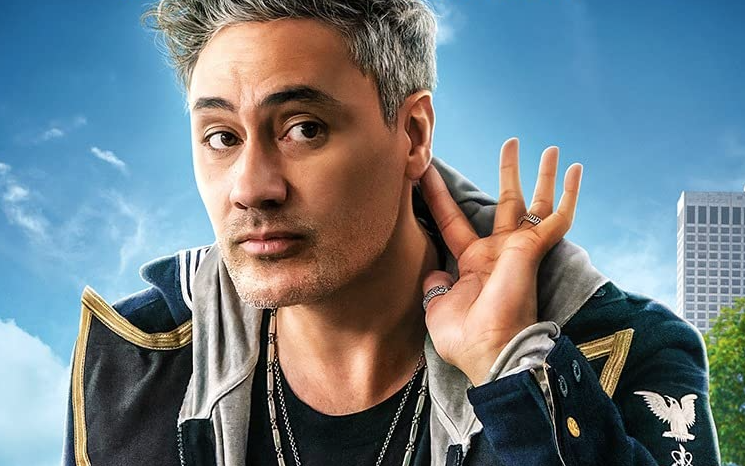 Taika Waititi romps into Free Guy as a supervillain.

Scott Seddon, the eternally upbeat proprietor of Scotty’s Cinemas in the Hunter Valley town of Raymond Terrace, is also the President of Independent Cinemas Australia. His phone message symbolises where the exhibition sector is at for NSW and Victoria.

No movies. But he emphasises that you can buy choc-tops, popcorn and toasties every morning. It might pay for the electricity.

With lockdowns in place for well over ten million people, depending on the regional rules, the box office continues to be miserable.

Leading out the box office

The Suicide Squad only dropped 11% in week two but it started dreadfully anyway. It has made $3.22 million, with $1.3 million over last weekend. AU$60 million in the US over three weeks.

Walt Disney’s Free Guy arrived here and made $1.2 million off 243 screens in its first weekend. It cost at least $140 million to make, opened very widely in the US and made AU$40 million. More than 50% of its takings came from the US so far, which is an old-fashioned split, typical for a comedy-drama.

This will be an interesting example. Director Shawn Levy and lead actor Ryan Reynolds are both Canadian and both producers, while Reynolds has huge clout as the lead in both Deadpool films. It is running exclusively in cinemas for the first 45 days because Disney scored it as part of the Fox purchase and it had already been sold to HBO, which will also stream it. Reviewers think it is sweet and goofy – the kind of adjectives which give it endurance both in the cinema and online.

Rialto, a small distributor, has the rights to The Ice Road, which looks like a clever acquisition. It stars Liam Neeson and Laurence Fishburn, is an undemanding thriller with a mine, storms and sliding trucks, and Netflix only bought the rights to North America. Canadians were involved too, as it was shot in Manitoba.

Again, Netflix only has one North American right, so Rialto controls access to it here.

The reviews are sadly uninspiring and claim that Liam Neeson has become old and tedious, but in normal times the poster should do the trick to send young lovers skidding into its snowy ambience. These are not normal times, so Rialto is stuck with 139 screens and $163,000 over the weekend.

Everything else looks like the ashes in a fire pit after a drunken weekend at the Birdsville Races.

Punters could take some small comfort from the pictures available on MIFF Play, which is an attempt to salvage something from lockdowns which mean locals will be caged and taunted if they are seen on the streets after 8 pm.

We are watching Woodlands Dark and Days Bewitched: a History of Folk Horror by primo expert on feminist horror Kier-La Janisse, who interviews local heroes Alexandra Heller-Nicholas and Briony Kidd. This is more than a shameless shout-out, because producers succeed by cracking the code between genre and audience.

Read: MIFF – the state of play