Amazon's approach to streaming is not really about streaming at all. It's another part of the retail giant's multi-pronged approach to taking over the market.
David Tiley 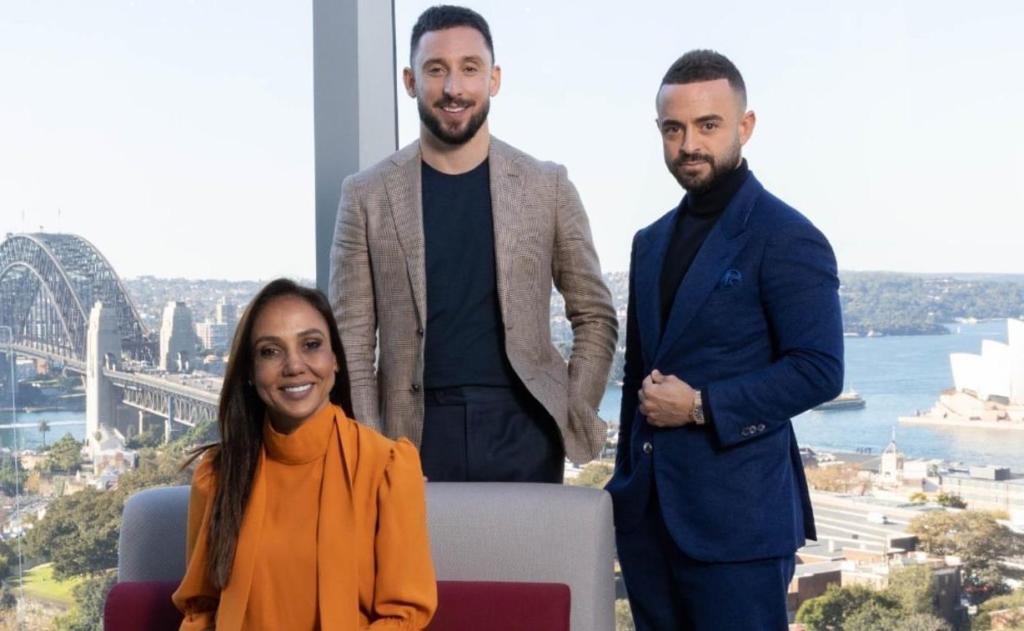 Hollywood is aflutter with the news that Amazon is buying MGM for US$8.45 billion, thus absorbing an iconic Hollywood name into the mega corporation. Arguably, the world’s most valuable brand is likely to absorb a studio which has bled money since the 1960’s, was once part owned by the Seven Network, was bankrupt in 2010 and is finally being spat out by the secured creditors who took the company when no-one else wanted it.

Just as the announcement was made, CEO Jeff Bezos hit the group’s Annual General Meeting, where he explained the reason for the deal. ‘The acquisition thesis here is really very simple. MGM has a vast, deep catalogue of beloved intellectual property, and with the talent at Amazon and the talent at MGM Studio, that IP can be reimagined and redeveloped for the 21st century. It will be a lot of fun work and people who love stories will be the big beneficiaries,’ he grandly said.

The library contains some 4,000 films and 17,000 TV shows. Currently valuable titles include the Bond films, the Creed franchise and The Handmaid’s Tale, although that will be diluted by existing licensing deals. It also gets the MGM brand, lion and all, which is the only significant competitor to Disney as a wholesome family-friendly brand.

It is a significant move which gives instant depth to Amazon Prime’s catalogue, which is comparable in raw numbers to Netflix, and substantially larger than Disney+.

But the whole Amazon Prime play is much bigger than streaming, and puts a unique spin on the streaming company’s attitude to local production. Jeff Bezos is not doing this because he is half boho and half Medici, who just likes playing with media. Above all, he is Mr Amazon and he wants to change the face of the international trade in goods and services.

I’ve read a lot of jargon to find the guts of this discussion, and I hope it is worth it.

The Amazon in Amazon Prime

Amazon truly is a giant. Amazon Studios spent $11 billion on music and screen production in 2020, a rise of 41% on the previous year which is just under the $11.8 billion spent by Netflix in the same period. As Variety points out, Netflix still owes $19.2 billion for its content.

Meanwhile, Amazon Prime is supported by a company which is turning over around $390 billion/year, while its net income was $21.3 billion in the last financial year. [The Annual Report for Amazon is likely to give any retailer the creeps, as the forward by founder Jeff Bezos focuses on the future with a clever attention to all its stakeholders.]

We think of Amazon Prime as a streaming service, but it really isn’t. Instead, it is a membership to Amazon, with a range of retail and service benefits, including Amazon Prime Video at AU$7/month.

In the first quarter announcement for this year, Amazon answered a question with this:

‘…we look at Prime Video as a component of the broader Prime membership and making sure it’s driving adoption and retention as it is. It’s a significant acquisition channel in Prime countries. And that we look at it and see that members who watch video have higher free trial conversion rates, higher renewal rates, higher overall engagement.

And I think the studio’s team has done a great job, really striving to be the best home for talent, getting a lot of diverse artists and filmmakers and, I think folks are noticing that both critically, but of course, just in terms of viewership, a lot of good momentum there. Just in terms of spend, just to say we continue to expect to grow that on an absolute basis and invest in that beyond original content. Brian talked about live sports and a lot of the great opportunities that feed into that, too. So, a lot of continued excitement there.’

In a way, Amazon is scooping up users by offering them a retail membership card, and also by offering a streaming service. They reinforce each other, and the membership system reinforces the value of Amazon as a provider. The whole arrangement is very sticky.

Richard Kestenbaum, a Forbes expert on retail, sees this in wider terms. He argues that consumers have moved from status to personal values, to brands connected to what they believe is important in life. The values of those brands are sculpted by content, everything from signage to TVCs, arts sponsorship and team sports.

Amazon Studios is an enormous content machine covering a huge variety of niches which all point back to the retailer. What is more, Amazon made 300 hours of content last year through its own in-house units. They are making series and movies, and will build their sports and shiny floor offerings. They can chop this up for TVC slots and use all the branded entertainment tricks pioneered by commercial TV broadcasters. All this on a planetary level, broken up by interest group and not geography, backed up by local fulfilment centres.

But there is more. Amazon Services doesn’t get the heat that physical object retail gets, but it provides a huge range of digital functions from cloud computing to machine learning, robotics, contact centres.. etc, etc. Don’t forget it is already in the business of providing tools and distribution solutions to creators either in business or as individuals.

It can build anything which is physically possible, which could include a better version of Facebook which can be much more controlled because its users pay a subscription fee. Certainly Amazon can run its advertising campaigns to its own users, cutting out the external social media provider. It will also have a different source of big data which includes all its retail sales information, which no external company can aggregate.

While Amazon algorithms are not good at providing me personally with useful suggestions (and Facebook’s choices are really bizarre — for some time, they believed I spoke French!), these algorithms do allow Amazon to build inventory and decide what to make, including their studio productions.

The real politics of streaming

Right now, the streaming companies are fighting to prevent the Federal government from regulating them and skimming a proportion of revenue for local production. Amazon has invested $150 million in local production since 2019, supporting 14 shows. It is clearly showcasing its commitment right now, though the deals would have started well before this crisis.

Prime is about to release real estate docu-reality series Luxe Listings Sydney, similar to Netflix’s US Selling Sunset. Erika North, Amazon Studios Head of Originals, described it in language which reflects Amazon’s retail origins. ‘We are looking forward to continuing our work with talented Australian producers to showcase the beautiful backdrop Sydney provides and give customers a glimpse into the world-class real estate market in this iconic city,’ she is quoted as saying.

Unlike any of the other cable or streaming providers, Amazon Prime has a different income structure from its screen division, as we have just seen. It wants much more than our $7/month – it wants us to buy a steady stream of products from Amazon itself, to set itself up as a mammoth retailer in Australia.

Amazon will expect a lot more growth locally, as Prime viewers are funnelled into regular Amazon memberships. For this purpose, its investment in local production through Amazon Prime is a handy tool, particularly if it appeals to Australian heartstrings.

On a branding level, it want to cultivate Australian niche markets, to be the exact kind of funky which we will take into our own collective identity. Amazon will continue to engage with the screen sector as both friend and competitor and it has no intention of leaving.

This makes Amazon Prime very different from Netflix. We want Netflix to provide a percentage of its revenue to support Australian production. There is a natural linkage because that supports the industry from which it wants to profit. But here is the rub – Amazon is not here to sell subscriptions, or at least not entirely. Each ‘customer’ as Erika North calls audience members or subscribers, is potentially worth much more than $7/month – because they can buy everything from a nail gun to a narwhale’s tusk from the original Amazon, with the free shipping which is part of that subscription deal.

What is more, Amazon Prime is probably worth more to the parent group as a provider of cheap and cheerful reality tv, game shows, talent shows and sport, than it is as a purveyor of fine television drama. Because it can deploy all its branded content wiles.

By February 2021, Amazon recorded $511 million in Australian etail sales, as Covid doubled its business. Subscription revenue tripled to $90 million. It did pay tax, to the tune of $18.3 million. Between them, Coles, Woolworths and IGA recorded around $120 billion in revenue in the last financial year so Amazon is still comparatively small. Indeed, it has grown much more slowly than analysts predicted when it first arrived in 2017.

Amazon will expect a lot more growth locally, as Prime viewers are funnelled into regular Amazon memberships. For this purpose, its investment in local production through Amazon Prime is a handy tool, particularly if it appeals to Australian heartstrings. For instance, it already seems to have spotted a market here for sports documentary, traditionally a non-starter compared to our American cousins.