The National Program for Excellence in the Arts threatens to return us to the days when artists were punished with lost funding if the Government didn't like their politics.
Beth Spencer
[This is archived content and may not display in the originally intended format.] 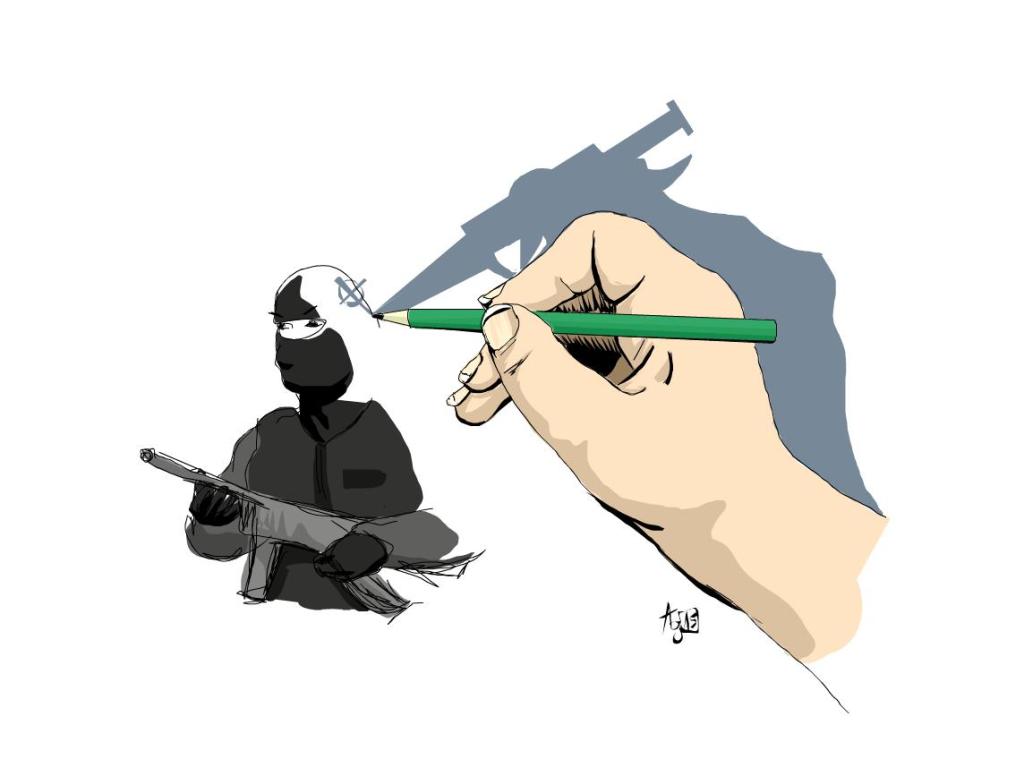 Image: Zakeena, We Shall Not ​Be Silenced

The list of arts, theatre and writing bodies that have their funding threatened by the transfer of a large whack of the Australia Council’s funding to the Minister for the Arts is frightening.

The diversity of the list also shows exactly why we need arms-length bodies like the Australia Council with its vast and complex web of expert peer panels to read, consider, and debate every proposal and administer an elaborate system of seed funding.

Of course the decisions are never perfect, especially as there are always many more worthy applications than money available, but it is a system with a lot of input from the ground up and one that is constantly being renewed with fresh panel members.

I would be very surprised if those in Brandis’s office even know what the bulk of those 145 organisations do — let alone why they matter, what the implications will be to Australia’s growing reputation in literature and the arts, or even the economic effects of this over time.

However I suspect they do understand the effects of this on the health of diversity, curiosity, engagement, questioning, exploring, and holding ourselves to account through this vital, animated, emotional cultural conversation. Cutting off this lifeline fits beautifully with their wider project of a docile, ignorant public that allows them to do as they wish.

For one small example, take a book like Kate Grenville’s The Secret River. This novel has had a huge impact on its readers all over the world, has formed a part of teaching curriculums, and has now generated the ABC tv series that is engaging a whole new audience on this part of our history and what it means for our present. Would it have been written, or be as good  — would Grenville have been able to devote the additional time to take it from concept through over 20 drafts to the finished product — without arms-length funding.

Indeed, Kate Grenville in her acknowledgements not only thanks the writers of other books that she drew on (themselves probably helped at one time or another by one or more of these organisations), but also says quite specifically: “This book could not have been written without assistance from the Literature Board of the Australia Council.”

It is a line that is repeated in the acknowledgement pages of many, many books.

Arts workers are themselves the biggest subsidisers of the arts in Australia, with their countless unpaid or underpaid hours contributed for the love of what they do. And they will continue to write and make art and theatre even without funding. However strategic funding at some part of a project can make an enormous and crucial difference — to the quality of the work, to its reach, even to whether it sees the light of day or not.

Not only do these changes threaten the small vital organisations and the individual writers and artists the most — the ones producing the most new work.

This undemocratic move also risks returning us to the old days of the Commonwealth Writers’ Fund when many of Australia’s finest writers never got a cent of assistance due to their radical politics.

We will never be able to measure the future loss from this pillaging of the Australia Council to bolster Brandis’s Arts-Captain Calls for ‘safe’ art that doesn’t annoy the Right.

Fortunately there has been a groundswell of opposition and The Senate has agreed to ​inquire into the Minister’s cuts to the Australia Council.

So if you value diversity, access and participation, as well as the nebulous concept of ‘excellence’, please consider signing the petition below, and writing a short email or making a quick phone call to the Senators in your state.

WRITE to your MP and Senators:http://www.aph.gov.au/Senators_and_Members/Members

MAKE a submission to the Senate Enquiry by 17 July: www.aph.gov.au

Beth Spencer’s most recent books are Vagabondage (UWAP, 2014) and The Party of Life (ASM/Flying Islands, 2015). She has been an occasional contributor to Radio National for over 20 years. She has a website at www.bethspencer.com.