Will fans be satisfied with the ending of the epic sci-fi homage to the 80s, Stranger Things? Find out this July.
Silvi Vann-Wall 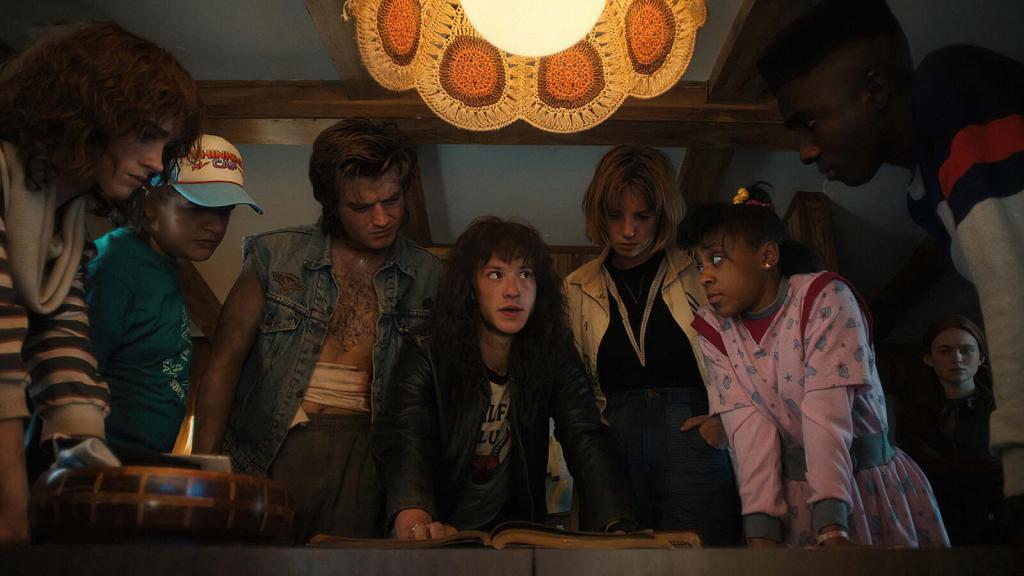 The beloved flagship of Netflix Stranger Things is coming to an epic conclusion this winter, with its final two episodes of the fourth season ndropping on the streaming service in July.

Season 4 Volume 1, which came out in May, featured seven episodes of Stranger Things hijinks, but the finale will only have two – and yes, we double checked.

The last two episodes will however run at approximately two hours each, which skews them more towards the category of ‘movie’ rather than ‘TV show’.

Check out the trailer – which appropriately features Kate Bush’s newly revived Running Up That Hill – below .

When we last left our heroes, a new interdimensional terror by the name of Vecna was hell-bent on stalking and consuming every person in the town of Hawkins. The Kate Bush-loving Max only narrowly escaped his clutches thanks to some well-timed 80s art pop, and the older gang of friends Nancy, Robin, Steve and newcomer Eddie had just returned from the trip-of-a-lifetime in the upsidedown.

Meanwhile, Elle/Eleven was reunited with her Papa, who remains obsessed with psychic experiments performed on children, and through a series of revelations she becomes the first person to unveil Vecna’s true identity (we’ll leave that out in case you’re still catching up). Joyce and Hopper were also getting up to some crazy capers in Russia.

The episode details so far:

Will all be resolved neatly within those two upcoming episodes? You would think so, based on previous seasons, but the trailer plays with expectations a little bit by offering a grim prediction: what if this time it doesn’t work out?

Well maybe it will, maybe it won’t, but if you thought this season was going to be the last, it looks like you’re wrong. Show creators The Duffer Brothers have said a fifth season is in the works, which will be the final final season (perhaps titled stranger_things_5_final_FINAL_edit_PUBLISHTHISONE). According to TVLine, they’ve already pitched it to Netflix, and it will most likely involve a time-jump to compensate for the obviously ageing cast.

Stranger Things Season 4 Part 2 is available from 1 July, only on Netflix.