In less than five years, Stan has spent $55m on Australian content, is making a profit and believes it has a headlock on the future. Here's how.
David Tiley 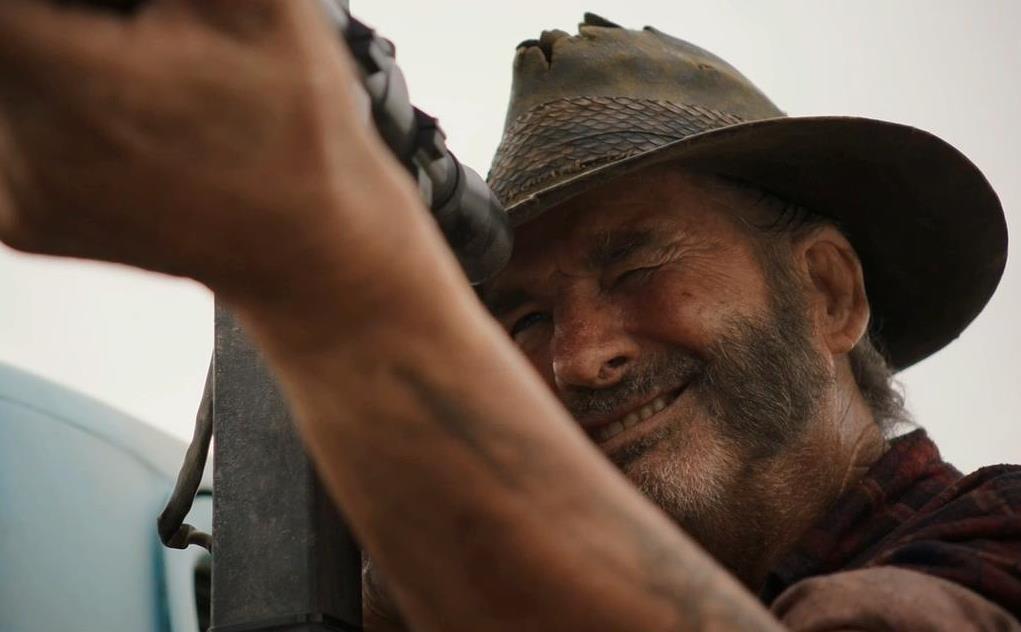 John Jarratt flaunting a brand in a single smile for Wolf Creek, series one in 2016.

When Stan launched on 26 January 2015, it looked like a scrappy union between a faltering Nine Network and a crippled Fairfax. It was hoping to push Foxtel aside and take on the streaming market just as Netflix arrived. It could have been a forlorn hope.

Start with a lot of cash

‘Our initial investment commitment of Nine and Fairfax was around $100 million dollars’, he explained. ‘There are very few tech startups at any point in time in Australia that have locally received $100 million dollars of funding to get us off the ground. Ultimately, we ended up investing around $200 million as the business grew. And the company is now now profitable.’

They had the money to build the right content offer, they arrived just before Netflix, and Sneesby sees the big American as complimentary. ‘Our strategy around content has always been to completely differentiate ourselves from what Netflix is doing, and stand for our own brand, giving consumers the opportunity to enjoy Netflix and Stan as two different offerings.’

Netflix opened with a huge catalogue and a wide range of programming, but their first run and exclusive productions have turned out to really drive subscriber growth.

‘The same thing applies to Stan’, said Neesby, but his outfit is known as the premium network in Australia for Hollywood content which is all secured externally. In a sense, he benefits from the huge amount of classy material which is not caught up in the monopoly ploys of his international competitors. But, the company is launching original Australian shows much faster than anyone else.

Stan is as classy as any other service, but it is also local. It doesn’t need to be the last player standing, it only has to be one of the two or three that Australians will choose in their suite of entertainment. Their task is to complement other services to create a neat bundle. As far as Sneesby is concerned, the arrival of each new service increases the partners they can hook onto. As he said, ‘I’m extremely confident that we’re going to see that a rising tide lifts all streaming boats.’

He doesn’t even believe that the streamers are locked in a life and death struggle with traditional television. As far as he is concerned, all content will soon be delivered on the net, and will penetrate further into discretionary time because the devices are so convenient. Over the last ten years, the total amount of time Australian consumers are spending on their screen content has risen enormously, and there is still ‘plenty of room for streaming services in the future.’

‘I liken our current situation to the dot.com boom and bust around 2000 when a lot of companies blew up. But that was the era that planted the seed for the big internet companies that are here today, the Facebook’s and the Googles and those sorts of companies. I think today, we are literally around that point. We are at the start of streaming television, delivery of television over the internet. In the future at some point, all TV will be consumed over an internet pipe, it’s just a matter of time.’

Even though Australian content is a key part of the Stan identity, they are not promoting Australian-ness as such. They figure subscribers will just experience this as part of the texture of the experience.

‘When you look on social media you discover that a lot of consumers actually think Stan is an international service. What is absolutely certain is that Australians have unique ties to content in comedy and drama, there is simply a unique taste in content that Aussies love to watch while they also love to watch the big international shows.’

Managing audiences as a bunch of niches

Stan launched with series Wolf Creek and Romper Stomper, based on local film franchises with a lot of visibility. ‘That was done purposely because we were building our own brand. Then we were trying to launch show brands on top of that. So, in our original productions, we quite intentionally went out and leveraged existing franchises to make sure there is some brand equity there. Bloom was really the first big budget original with a completely new creative idea with no existing IP or brand in market, and it very quickly became the most successful production. We had that confidence because we have grown our brand awareness to around 100 per cent.’

‘And that will enable us to take more creative risks and do things that are genuinely original and new creative ideas. It  will enable us to explore other categories of programming outside of comedy and drama. And then I think also the scale of our business, and our international relationships are going to lead us down a path where we’re going to be more comfortable with making shows that also have a bigger international appeal. We’re very proud of the stuff that is uniquely Australian, but at the same time, there’s no reason why we can’t try and partner with one of our major deal partners. So I think we will see a shift both in the breadth and type of concept that we invest in.’

‘One of the things we are most proud of is that we have brought about $55 million of production budget into this industry. Now, a big part of that number comes from outside screen bodies. Instead it comes from international distributors and studio partners who are upfront buying the rights for international distribution. And that’s bringing those exports dollars and it’s been a very positive contributor to the industry.’

Asked about Stan’s audience, Sneesby confessed that they are potentially everyone. So they assemble a forward list of productions, deals and acquisitions over the next twelve months, and add the shows they expect to renew to provide some tendrils out across two years. They correlate this with audiences and try to fill holes, which may be unknown to producers – a traditional problem which leads to a lot of maneuvering and research and guessing and gossiping which is special to TV producers.

As always, production companies do not come into the arena with the same weapons.

The realities of commissioning

‘Stan is a big company with a turnover of around a quarter of a billion dollars and growing quickly. But ultimately we are about eighty staff sitting in an office in Sydney. Every single thing that we do comes out of that office, including our customer service, including all of our tech products, our marketing and our media content acquisition.

‘And so our strategy with original productions has required us to largely work with production companies that have a track record, a capability to give us the confidence that they’re going to be able to deliver creatively and also deliver in terms of timelines and budgets. In the first couple of years we would consistently receive great creative ideas that really felt like they had the legs but we simply didn’t have the right people and resources to take those to a level like the shows we have in development.’

They have done a number of deals with agencies to co-fund seed development so projects can reach a stage where they can be properly assessed. In return we get a first look at them, while they should feel fresh and new so the producers can take them to market.

So far, Stan has not co-commissioned shows because they involve windowing strategies that undermine the notion that they support premium content which is never available for free. Now Sneesby believes that Stan is so prominent in the market it can probably withstand the disadvantages of windowing so he can take advantage of the cost-sharing.

‘A more interesting opportunity for us is that free-to-air networks, Nine in particular, have an amazing ability around real time programming and when you add the news assets of the Fairfax organisation to that, we could see some really exciting, real life crime, documentary style opportunities. We could create compelling content in a very efficient way, while other streaming services don’t have access to that kind of asset and capability.’

The future will be different from the past.