Sustaining the highest sound and post production quality is a kind of religion, and its Sydney temple is under new management.
David Tiley 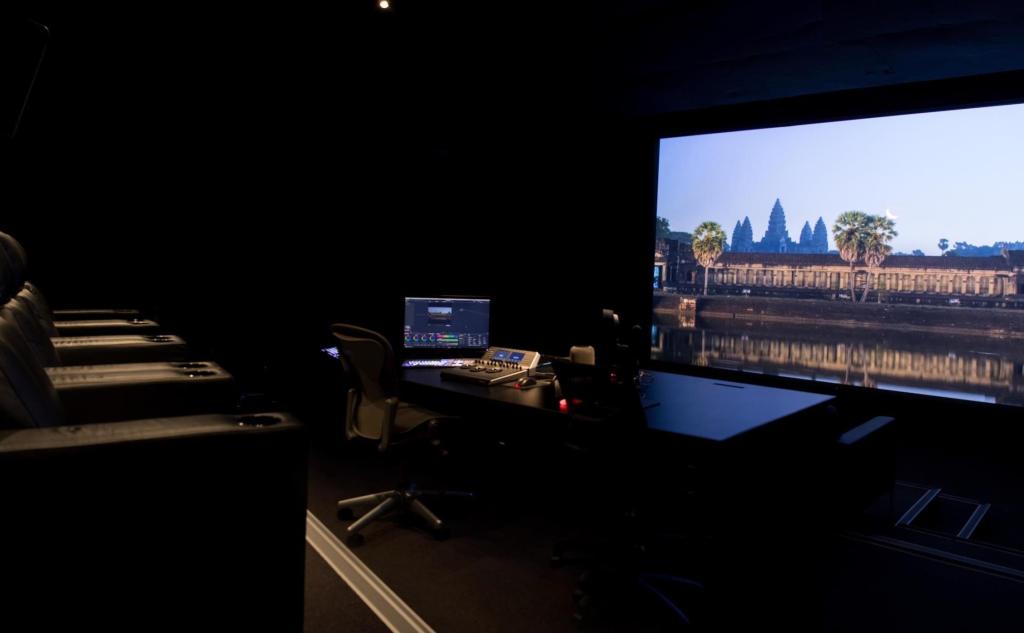 Spectrum Films, established 57 years ago, has now done a deal which brings the post production and sound mixing operations together under the same company at Fox Studios.

The Pomeranz originated organisation, connoisseurs of sound, has taken over the management of Definition Studios, the post production organisation set up by David Gross, who has moved to running IMAX feature documentaries and premium factual programming to service a deal with US operation MGM/K2 Studios.

‘At the moment Building 61 is for offline editing, but we also have a mixing room and a grading suite, which we can use for premix and a pregrade on feature films, which we then move to the large room in Building 53A. For studio features we can do the whole job in the larger room, which gives us more flexibility and more space.’

That line about room size is crucial because it is the only location in Sydney which offers the audio quality that prime projects demand. It is valuable real estate in the overseas attraction game, besides setting out an aspirational level of excellence. According to the announcement,

Armstrong is good at promoting the business in a highly competitive space, both domestically and internationally.

‘Spectrum has been known for an incredible standard of client service and project management,’ she said. ‘Up until now we have been a little bit hamstrung because we haven’t had access to a larger mixing and grading unit. Now we’ve got the best of both worlds. We’ve got the top level equipment ad the best post production management team in the country, even if I do say so myself.’

From a client perspective the key team consists of Armstrong as General Manager & Head of Post Production, Executive Director Dave Hollingsworth and Angus Robertson as Head of Sound. ‘We hire creatives as required to make a really flexible option,’ said Armstrong. ‘Clients are not tied down to a sound mixer or a colourist because they happen to work in that particular facility. And it also means we can dry hire to freelancers who want to use the space. So it’s really flexible and it’s working very well.

‘We can have four different projects working in the building. And we can have a studio director having a chat with an AFTRS graduate in the hallway. It’s really a natural and comfortable space to be creative in.’