Small Screen Highlights: Years and Years, The Mandalorian, The Crown and Total Control

Politics seeps into everything this week, from dystopian drama to Briggs' music video and a fun little Donut game.
Screenhub Hivemind 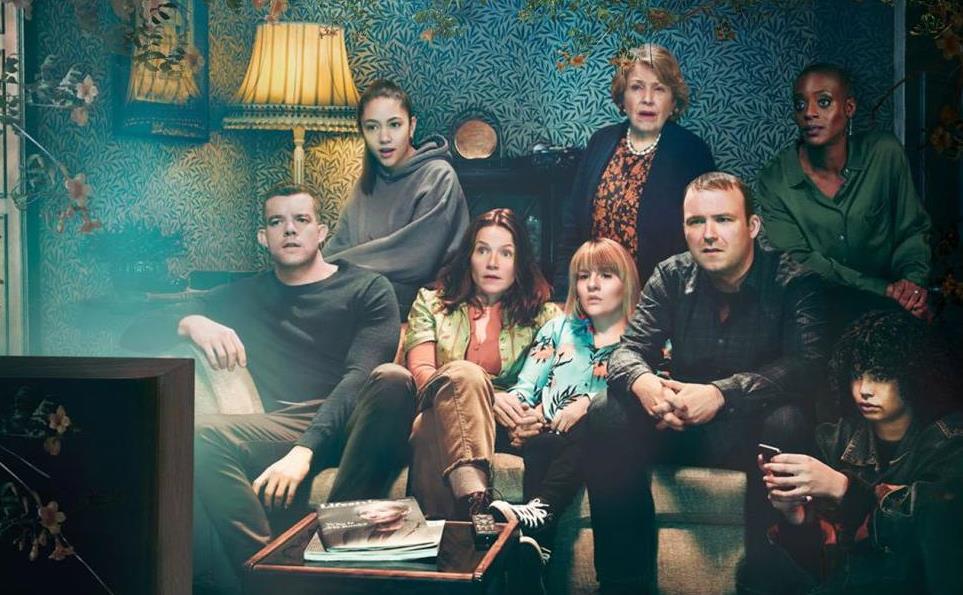 It’s history, as we might experience it in the decades to come. ‘Years and Years’ on SBS. Image: HBO.

Years and Years (Wednesdays, 9.30pm SBS and SBS On Demand)

This six-part British drama series from showrunner Russell T. Davies (Queer As Folk, Doctor Who) follows an ordinary Manchester family as they experience the tumults of history from 2019 until an imagined and decidedly dystopic 2034. It comes highly recommended from Screenhub’s Rochelle Siemienowicz who has this to say:

‘Much of the publicity around Years and Years focuses on Emma Thompson, who plays a terrifying right-wing politician ranting from the TV screen. This is deceptive because she’s really just a backdrop for the Lyons family, an ordinary but very diverse Manchester clan. (One of them is gay, one is in a wheelchair, and that’s just a start, but this never feels forced.) At the beginning, they’re comfortably well-off and disinterested in politics and the global news. But after the reelection of Trump, and his bombing of China, the subsequent 15 years sees them personally impacted by issues like climate change, the refugee crisis, economic collapse and the intrusion of sinister technology.

‘Brilliantly scripted, performed and edited, with a tense propulsive score by composer Murray Gold, this is both terrifying and exciting. I’ve recommended it to many friends, but keep getting the response that they’re too scared to watch; reluctant to be further depressed by the state of the world. I won’t lie, it is sometimes distressing and it may break your heart at certain points. It’s so convincing and well-realised that it had me seriously thinking about burying money in the backyard. But one thing you don’t need to be afraid of is being preached to or patronised. It rates as the most powerful TV I’ve watched all year.’

Read more about Years and Years at SBS.

ArtsHub colleague Richard Watts has taken a break from the performing arts this fortnight to immerse himself in historical drama and science fiction, watching the third season of The Crown (Netflix) and the latest addition to the Star Wars universe, The Mandalorian (Disney+).

Season three of The Crown sees a new cast step into the familiar roles of the now-ageing Royal Family, led by Olivia Coleman as Queen Elizabeth II. It’s not nearly as bingeable as the first two seasons, says Watts, ‘While the series remains sumptuous, its dialogue and drama seem on shakier ground this time around, resulting in some duller scenes and clunky lines, though individual episodes (in particular the gruelling and moving Aberfan, based on the 1966 Welsh disaster) still excel.

‘It’s fascinating still, but this series has lost a little of the sheen that made the first two seasons so enthralling – it’s structure is increasingly predictable, and its omissions more obvious (for instance, the Queen’s silver jubilee passes with no mention of punk rock and The Sex Pistols’ ‘God Save the Queen’ – surely one of the key cultural touchstones of the year). While it remains a humanising portrait of Royalty, successfully exploring the challenges of a family who are never free to be themselves (though occasionally bordering on propaganda) The Crown has begun to feel less like prestige television and increasingly like a beautifully shot soap opera.’

‘A space western in the tradition of Outland (1981) and Firefly (2002–2003), The Mandalorian features a number of familiar tropes – most notably the lone gunslinger who’s casually accustomed to killing yet nonetheless adheres to his own murky moral code – and is set in the years between the events of the original Star Wars trilogy and the recent, soon to be completed sequels,’ Watts said.

‘Notably for Disney’s new Star Wars universe (in which the previously established Expanded Universe developed through books, games and other spin-offs over decades was declared non-canonical with the stroke of a pen, once Lucsafilm sold its IP to the House of Mouse), The Mandalorian marks the first Star Wars story that is not directly tied into the fates of the ill-fated Skywalker family.

‘Based on the three episodes released to date, created by showrunner Jon Favreau (Iron Man) with producers including Dave Filoni (creator of Star Wars: Rebels, an engaging animated series) it’s an entertaining but far from risky series seemingly assembled from a check-list of Star Wars elements they assume fans want to see. Pacing is gentle, with episodes featuring little in the way of real drama or characterisation; the focus is more on world-building and showcasing some admittedly impressive digital and practical effects. Polished but lacking punch, there’s little about the show that bears up to critical scrutiny – but it’s still good fun,’ Watts said.

All six episodes of this ABC political drama starring Deborah Mailman and Rachel Griffiths are now available to binge on iView. They’re well worth a watch, says Rochelle Siemienowicz: ‘This is the first TV series to use Mailman in a lead role, and boy does she run with it, depicting a woman who’s justifiably furious. She’s totally compelling as an Indigenous newcomer to Canberra, opposite Griffiths’ seasoned and duplicitous PM. Produced by Blackfella Films and directed by Rachel Perkins, this works well as both a thriller and as political commentary, and I’m very much looking forward to seeing where they take the story in Season 2.’

Total Control’s subplot about Aboriginal deaths in custody reminded us of this music video by rapper, comedian and political commentator Briggs. It was up for Best Video at this week’s Aria Awards, and though it lost out to Guy Sebastian, it’s a pertinent comment on white indifference to black deaths; all done with a light touch, dark humour and a dreamy feelgood melody. Take a look and a listen:


Screenhub’s Jini Maxwell recommends this game, Donut County, available on Switch, Playstation 4, Xbox, PC and mobile, as well as on iOS, where they’ve been playing it. ‘The premise is simple: a new doughnut start-up has moved into town, but when you order a doughnut through the app, they send a hole in the ground instead. Slowly, these holes are swallowing up the whole town. It makes a wry commentary on gentrification in Silicon Valley which is carried by snappy writing and playful dialogue, but it’s also just a really fun game: manoeuvring the holes around; watching the story unfold; solving puzzles; and unlocking interactions in Donut County’s candy-bright world. The soundtrack is also really bright, and a couple of times the dialogue has made me laugh out loud. It’s a really fun, satisfying way to spend a commute, or just a relaxed afternoon.’