The appearance of Ammonite at the Cannes Film Festival is just words on a piece of paper, but they cast a spell to break a viral curse.
David Tiley 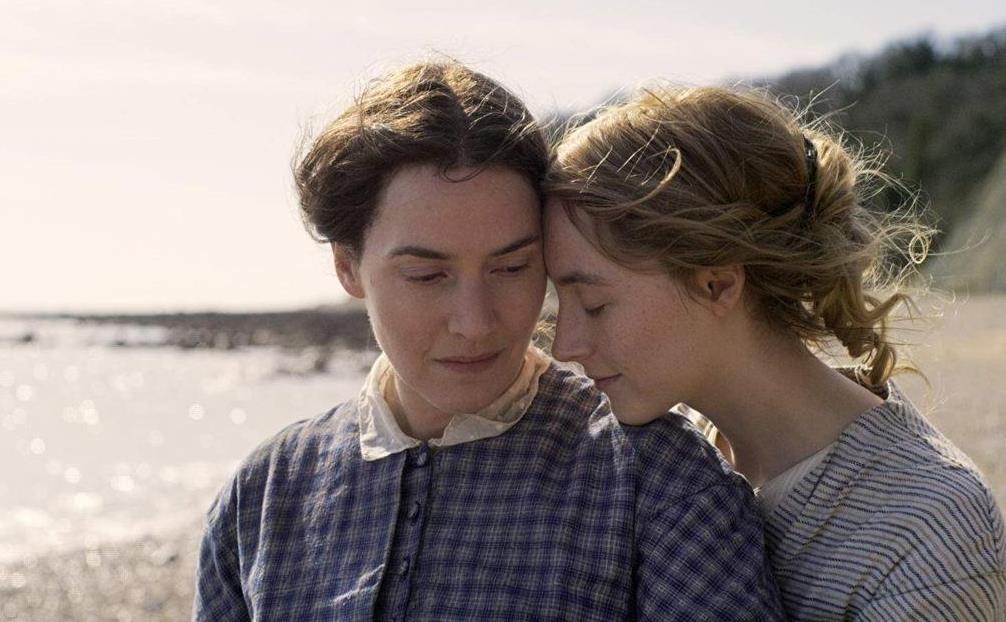 Kate Winslet and Saoirse Ronan star in Ammonite, the See-Saw production on the selection list at Cannes.

The Cannes Film Festival is now more like a discussion between existentialist tragics in a smokey cafe as they wait for Satre and Simone Beauvoir to order a glass of wine and an expresso.

It has become a conversation about a festival rather than a festival itself. Deprived of the opportunity to actually screen films, it has published the official program and is hoping that other gatherings later in the year will take on the cuckoo program themselves. First cab off the rank may well be the Melbourne International Film Festival.

The one local patch of joy in the list is the role of Emile Sherman. See-Saw is in the list with Ammonite, which stars Saoirse Ronan with Kate Winslet, and produced by Iain Canning, Emile Sherman, and Fodhla Cronin O’Reilly. The film was co-financed by the BFI (awarding National Lottery funding) and BBC Films, with Mary Burke, Rose Garnett, Zygi Kamasa and Simon Gillis of See-Saw Films executive producing.  See-Saw developed the drama with BBC Films and the BFI.

Read more: See Saw reveals the inner workings that will take it into an unknown future

It is a complex relationship drama set in the world of an acclaimed but unrecognised paleontologist turned fossil hunter, Mary Anning, in the 1820’s. ‘Proud and relentlessly passionate about her work, Mary initially clashes with her unwelcome guest, but despite the distance between their social class and personalities, an intense bond begins to develop, compelling the two women to determine the true nature of their relationship.’ Writer-director Francis Lee describes herself ‘as a working class, queer film maker’ and directed God’s Own Country, very well reviewed for its characters and performances.

According to a speech by Cannes’ artistic director Thierry Frémaux, the festival received more than 2000 applications for the first time, from which 56 have been selected, only slightly less than normal, all filtered in the normal way. A record 909 were first features with 15, the largest number ever, going into the festival. 28.4 per cent of the total are by women.

What does feminism mean to Cannes?

The Cannes Film Festival is actually a bewildering array of different festivals, combining the official version, the directors’ fortnight, out of competition… This year management has clumped them together in a tacit admission that they all go to make up the whole menagerie.

‘Since there won’t be any screenings on the Croisette, and there won’t be any traditional festival programming, we have decided to group the films selected in one single list without registering them in the usual separate categories: Competition, Un Certain regard, Out of competition, Midnight Screenings, and Special Screenings.’

Shorts will still be announced separately. There are a lot of French films.

..Rest assured, French cinema is not getting any special treatment. Simply put, even if some well-known artists will wait for next year, the number and quality of films viewed have led to this strong presence.’

Many producers will delay their films until next year, because they are not finished or they want to pin the premiere to an international circuit which is currently suspended. We don’t know how this has affected the 2020 offering, and therefore what we can read from these figures.

We also have the Netflix problem. In 2018 the local industry was enraged that Netflix was allowed in when the pictures were not available for exhibition in France, a standard expectation of entry. So Netflix pulled out in 2019 and promptly bought two winners in Mati Diop’s Atlantics by Mati Diop and Jérémy Clapin’s I Lost My Body from Jérémy Clapin.

Would Netflix offer Spike Lee’s Da 5 Bloods? After all, so many festivals have crossed to the dark side by re-inventing themselves as streaming suppliers. The idea would be acid in the blood for Thierry Frémaux who has refused to go down that route and saved himself a world of contract pain.

It turns out that Spike Lee’s film is not there and nothing is credited to any streamers. Two are credited to Disney, with both described as distributed in France by Walt Disney Productions, so they are playing nice with the Cannes rules for feature films. It looks like a truce with Thierry Frémaux.

The whole list is long, without synopses and background, and you can find it here. Wes Anderson’s The French Dispatch heads the list of returnees while Steve McQueen is represented by both Lover’s Rock and Mangrove.

Septet: The story of Hong Kong is a compendium piece by Ann Hui, Johnnie TO, Tsui Hark, Sammo Hung, Yuen Woo-Ping and Patrick Tam, which could circulate as Hong Kong as we know it is buried in the dust of history.

Top of the animation list is Earwig and the Witch by Goro Miyazaki, under the Studio Ghibli label along with NHK. Flee by Jonas Poher Rasmussen comes from Denmark, Aurel’s Josep is French, and Soul by Peter Procter is made in the USA. Always good to see feature animations for an adult audience.

All five comedies are French.

By the way, one of the many quotes from Sartre on the net says this:

‘It would be much better if I could only stop thinking. Thoughts are the dullest things. Duller than flesh. They stretch out and there’s no end to them and they leave a funny taste in the mouth.’