ABC has announced that Namila Benson will host a new arts program, Art Works, kicking off in May, but the news is plagued with questions around the rebrand.
Gina Fairley 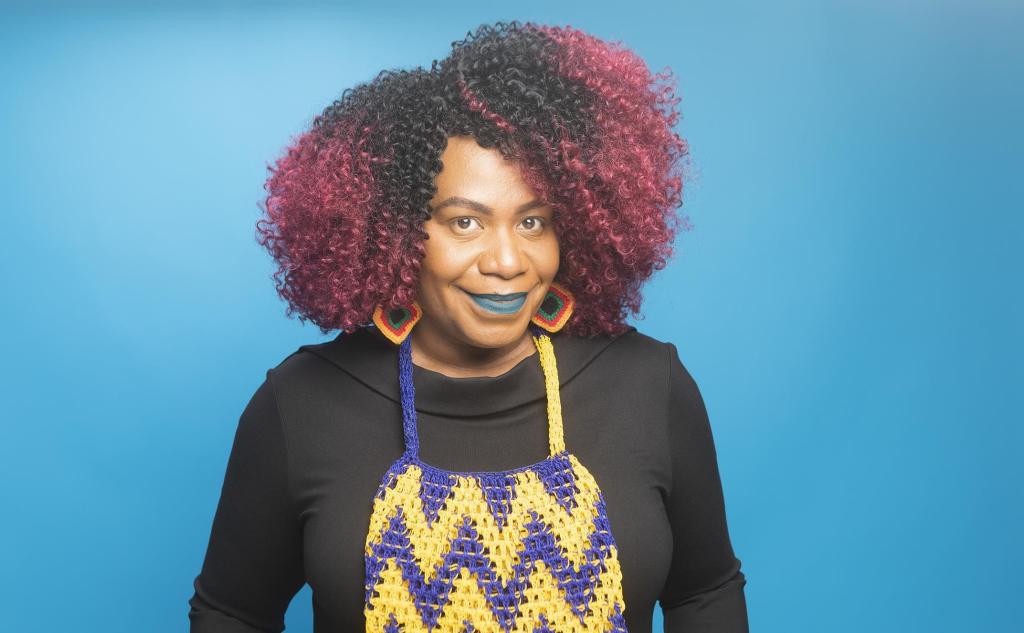 The ABC has announced that in May it kicks off new weekly programming dedicated to the arts.

Art Works will be programmed on Wednesday evenings at 8.30pm, and effectively replaces The Mix, which was axed last month after a seven-year run.

Described as a half hour show ‘dedicated to exploring the full spectrum of the arts in Australia’, one might question why the show needed refresh and rebrand? The clue may rest in its new host.

Art Works will be hosted by Melanesian broadcaster and arts journalist Namila Benson, who has been presenter and co-producer of ABC Radio National’s weekly visual arts program, The Art Show since January 2020, and prior to that ABC Television’s Art Nation.

She has also been a producer and presenter on Radio Australia’s Pacific Service and has a long connection with Melbourne’s community radio station 3RRR FM.

The dismantling of The Mix, and the choice of Benson as host of the new program, comes in the wake of heated conversations and charged questions of political bias at the ABC last month, and the lack of diverse perspectives. A march of social media jeers rolled out the well-trodden leftist plot against the ABC’s political bias.

In response, ABC managing director and editor-in-chief David Anderson issued an all-staff email instructing recipients that they should refrain from bringing the public broadcaster into ‘disrepute’.

Read: Video pins the attack on the ABC in one single story

Benson’s appointment then comes with no surprise. She has a solid reputation not only as a seasoned broadcaster, but for her ability to guide audiences through complex conversations – race, culture, gender and decolonisation through the lens of creative practice.

ABC Head of Entertainment and Specialist Michael Carrington added: ‘Art Works will be engaging, accessible and inspiring, and will shine a spotlight on the arts from around Australia every week.’

The press statement for the new show is persistent in its underlying language of ‘accessibility’ and inclusivity for all. Benson adds: ‘…the beauty of art, it’s for everybody.’

ABC states: ‘Celebrating the diversity of Australian creatives and bringing previously unheard voices and ideas into the conversation, Art Works will redefine how we tell the stories of Australia today and tomorrow; inviting audiences to look, debate, consider and reflect on what the arts bring to all our lives.’

Screenhub editor David Tiley wrote earlier this year: ‘… multiculturalism was made real by SBS, not by the ABC which stayed monocultural, masculine and middle class for much too long.’

The signal this week is that things have changed.

The programming announcement, in an unexpected twist, was delivered on the same day that Federal Arts Minister, The Hon Paul Fletcher, delivered a speech ‘Why do we fund the Arts?’, which has received criticism for his comments about the arts being a ‘cosy club’ for inner-city elites.

Speaking of funding, the ABC has had its share of cuts – shall we say for decades?

At the time, ABC Chair Ita Buttrose launched a passionate attack: ‘The ABC, funded by all of us, regardless of our creed – race, age, political beliefs – is us. It’s the way we build cross-cultural understanding, the way we help each other in times of need. It’s who we are collectively. Why would anyone want to diminish that and make us less than who we are?’

Read: ABC: how to say pull the other leg politely on cuts

Most would agree the ABC is woefully underfunded and is simply just keeping pace with inflation.

One wonders then the real role of ‘rebranding’ Arts Works as new programming as some kind of box-tick on deliverables?

The (questionable) need for rebrand

It was back in August 2011, that ABC first came under fire for axing its locally-produced arts programming, with the cancellation of three arts programs. Art Nation, The New Inventors and The Collectors.

At the time it was described as ‘cultural vandalism’. Falling audiences and financial pressures were cited as the reason for the cut.

Also Melbourne-based and a half-hour program, it was hosted by Fenella Kernebone.

It took until 2014 for James Valentine to come along as host of The Mix – presented with contributors Zan Rowe, Myf Warhurst, Eddi Sharp, Abdul Abdullah, Lisa Skerrett and Eloise Fuss – for regular arts programming to be again embedded in our weekly ‘telly’ diet.

Art Works will present a mix of in-studio segments, behind-the-scenes stories, interviews, playful explainers and deep-dive field reports from locations across Australia. Art Works will hear from emerging creatives to established professionals, from major arts companies to the avant garde and everything in between.

Is anyone else trying to read between the lines here for a point of difference?

Benson has a stellar broadcasting background, and is clearly a good pick for the new show.

Her bio reads: ‘Focusing on black body politics and diaspora/settler identity, she brings critical nuance, depth and breadth to a wide range of conversations.’

Benson wrote the memoir of First Nations Elder, Jack Charles: Born-Again Blakfella (2019) and last year, hosted Behind the Biennale, a six-part podcast series to coincide with NIRIN, the 222nd Biennale of Sydney.

She says: ‘Behind the Biennale explores the institutional challenges of racism, repatriation and the problematic nature of museums and galleries revisioning history. I investigate a whole array of ideas: What should decolonising look like in the arts world in 2020? Should your creativity contribute to society? What are the politics of politicising art? Behind the Biennale touches on arts, access and language, fearing art under democracy, art and sovereignty, and more.’

It feels like Benson is merely swapping chairs – the segue to Art Works just making these conversations a permanent fixture to weekly programming and with a broader audience.

For now, it’s a ‘watch this space’, as we tune in on Wednesday for a bit of ‘same, same but different’.