Ones to Watch – and support, and get to know, care of Screen Producers Australia

Twelve emerging producers going public in their long endurance races to success, in the 2021 Ones to Watch program.
David Tiley 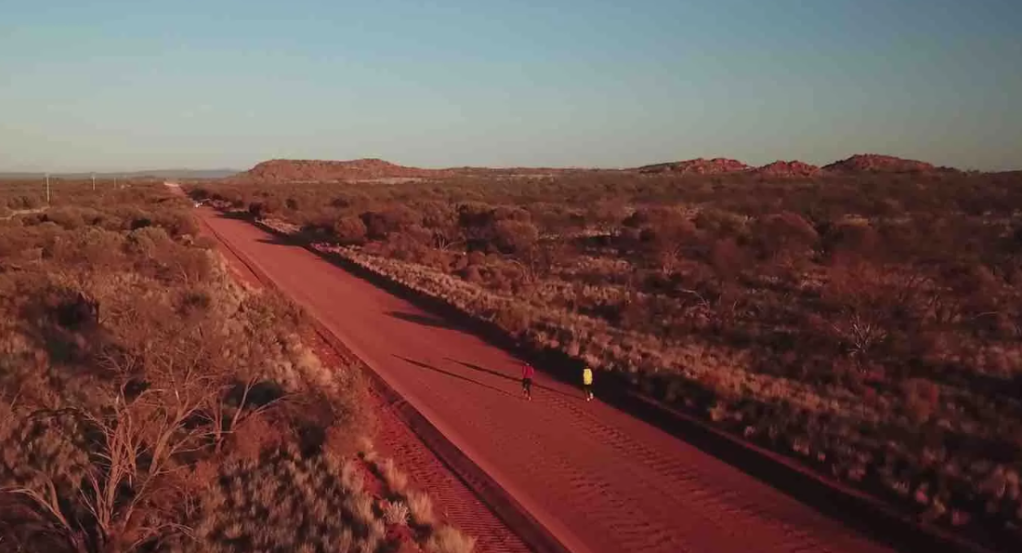 Still from the VR version of Running 62, produced by Molly O’Connor and Anton Andreacchio, directed by Madeleine Parry.

Every culture has a rite of passage, even if Australians don’t make whoopee in the village square about First Communion any more. The Screen Producers Australia annual Ones to Watch list is looking like a ritual moment in the career of a rising producer. Most signals of success are built around productions and slates; this moment is a tribute to the deeper virtues that make up a profession.

SPA reckons it has supported 140 people in eight years, which is a pretty good recruitment rate. Even in the very first batch in 2013, 11 of the 16 producers were women.

The Screen Producers Australia annual Ones to Watch list is looking like a ritual moment in the career of a rising producer.

Certainly it signals that producing is a public role, personal brand matters, and exposure helps credibility.

Here is the list. At least seven of the twelve would tick diversity boxes, nine of the twelve are female, and only three people come from NSW, which is way under the proportion of production companies based there. Three companies are named after food. You will find many more details in the full CVs.

The general industry attention really helps to build on the myriad of useful connections and deals which already lace these careers together. Each person will be given intensive mentoring by a prominent producer. According to SPA, they ‘will take part in an exclusive webinar series to develop their creative slate and business skills in the lead up to SCREEN FOREVER. Each participant will also be given the opportunity to apply for a $10,000 Screen Internship, supported by Screen Australia.’

Brooke Collard Goguljar Yok, WA – A writer/producer and ‘proud Ballardong/Whadjuk Noongar woman. She began studying Screen Production and Sound at Murdoch University, to graduate in 2017.’ Began in Art Department, was writer’s assistant on Tony McNamara series The Great, and production co-ordinator attachment on FAMILY RULES and then production assistant on OUR LAW and volunteer creative producer for Noongar Media. Goguljar Yok is a Noongar term for ABORIGINAL WARRIOR, the short documentary she produced and co-wrote, directed by Gary Hamaguchi.

David Holroyd Ghostrider Films, WA – a writer/director/coproducer, arrived in Perth in 2016. ‘In the UK I was Writer/Director and co-producer on two feature films THE HAUNTED (2020), WMD (2009), and directed 40 hours of drama on THE BILL, WATERLOO ROAD, FOOTBALLERS WIVES, BAD GIRLS and HOLLYOAKS.’ Has 50 hours of credits in factual.

Georgia Humphreys – Corner Table Productions Australia, SA – ‘ a creative producer, living with MS. Prior to producing Georgia lived in Rome and worked in the Italian tourism industry where she founded and operated Europe’s largest regular evening event for the under 30’s, The Colosseum Pubcrawl. On her return to Australia she owned and operated, Rockefeller, a successful beachside café… a co-producer on the feature film The Flip Side, starring Eddie Izzard, for 20th Century Fox and released on 100 screens across Australia in 2018.

Hannah Ngo – Lazy Susan Films, VIC – In 2019, Hannah was Screen Australia’s Producer’s Attachment on The Heights and in 2020 was assisting the Aquarius Films team in house. As of 2021, she is currently developing projects for Screenwest, Screen Australia and SBS as part of their diversity initiatives with two projects currently in production; animated short film Bird Drone and lesbian rom-com series Me and Herpes. Hannah’s digital series Iggy and Ace is also set to air in late 2021 premiering at prestigious Series mania and at Cinefest Oz in August.

Jessica Magro – Purple Carrot Entertainment, QLD – now working at Ludo, ‘…a proud Samoan-Maltese-Australian television producer, writer and creator based in Meanjin (Brisbane, QLD). Jessica graduated with a Diploma of Screen and Media in 2013 and since then has produced countless films and television series including short Pasifika LGBTQIA+ documentary ‘FEZ’ for ABC iView’. We published this lovely personal piece by Jessica recently:

Read: Pasifika Pride and the power of visibility by Jessica Magro

Jo Austin – Candid Films, NSW – Ten years a branded and TVC producer .. ‘Prior to ad work, Jo worked on major factual formats in the UK such as LONG WAY ROUND with Ewan McGregor and in Australia created, produced and directed two original multi-ep series for Nat Geo that now stream on Amazon Prime and Netflix. Since 2019, Jo has shifted her personal focus to long form documentary and drama, specifically in the based on true story genre.

Liam Heyen – Mad Ones Films, NSW – ‘..graduate of AFTRS and the Queensland College of Arts. From 2014-2020 Liam worked at acclaimed production company Goalpost Pictures, across all facets of the company… Mad Ones is a boutique Sydney-based film and television production company that produces off-beat character driven stories with an LGBTQI+ and female focus.’

Molly O’Connor – Film Camp, VIC – From a visual arts background she began working in film in 2014. Since then she has gained production experience across theatrical, broadcast and online projects… In 2021 Molly joined the team at Film Camp as a producer, working across their slate of documentary and narrative projects while also continuing to develop her own slate of projects.’

Read: Ones to Watch 2020: 12 emerging producers you need to know about

Sara Taghaode – Kiosk Film, QLD – Company started with commercials, ‘..12 months ago, with the assistance of a Screen QLD enterprise grant, Kiosk began their transformation into a multifaceted production company with a focus on arts centric screen outcomes and a development slate of projects across documentary, factual format, film clip, feature film and TV series… This portfolio building work has allowed her to connect and build trust with a group of diverse writers and creatives from a myriad of underrepresented backgrounds, and as a second generation Iranian woman, she is excited to find opportunity to share these stories with a global audience.’

William Duan – Ensemble Films, VIC – ‘As a queer Chinese-Australian, he is inspired to tell stories that speak not only to his own community, but also communities at large through the shared experience of the human condition. William’s work is known for subverting traditional tropes and championing diverse perspectives.’