Global Film Festival streams to us for next ten days, for cost of donation

If you could distill the absolute essence of cinema and watch it in the ultimate binge at home, you would end up with We are One: a Global Film Festival.
David Tiley 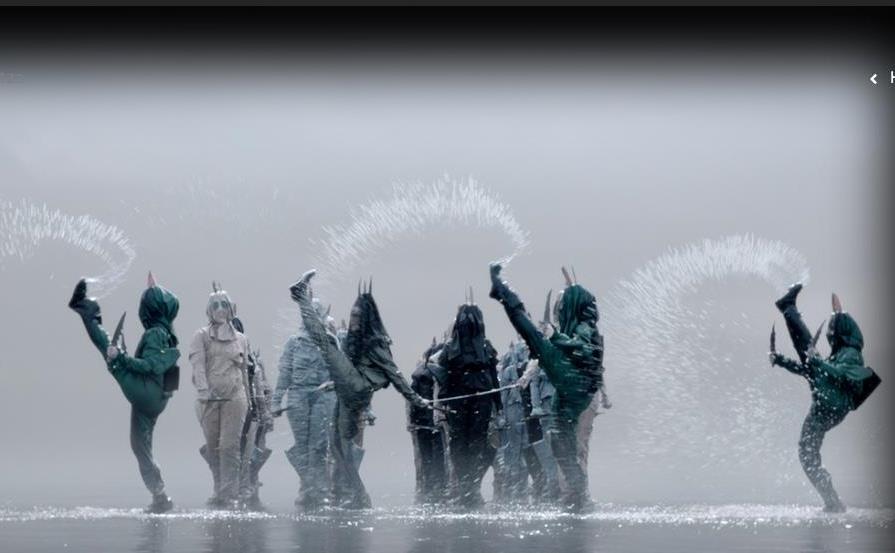 Quietly, almost without local fanfare, the single most unique gesture ever by the international film festival movement is about to start. You can watch it from tonight and it runs for ten whole days.

We are One: A Global Film Festival combines the work of 20 major film festivals, including Sydney, to create a program which is running on YouTube.

According to the website, ‘Each film or program will have a first screening at a scheduled time but don’t worry if you miss it! Many of the films will be available on Videos On Demand to watch at your leisure through the course of the festival.’

Most important: the times  are local Australian times. [UPDATE: no they are not. EST is the American time zone which includes New York, where the festival is headquartered at Tribeca. Australian EST is fifteen hours ahead. The times on Youtube are actually AEST but not that many pictures in the schedule are already publically posted].

Read more: Today We are One: Sydney Film Festival in online gesture of defiance

Now the full program is available online, and it reduced me nearly to tears. I swear I sniffed and snuffled. By my count there are around 30 features, some of which will be a real artistic stretch, many from minority cultures, some happily domestic.

The Australian films selected from the five offered by Nashen Moodley from the Sydney Film Festival are Mystery Road from Ivan Sen through Bunya Productions, and Mabo, directed by Rachel Perkins, written by Sue Smith and produced by Blackfella Films. That is an international vote for Indigenous cinema.

Annecy and Cannes have both contributed key finalists for their short film awards, along with the Riga Mora Award from Guadalajara.

The big festivals have added some of their favourite in-conversation encounters with the great and the good. Jackie Chan, Jane Campion, Diego Luna, Guillermo del Toro in Marrakech, Claire Denis with Olivier Assayas, Francis Ford Coppola talking with Steven Soderberg, Song Kang-ho and Bong Joon-ho, John Waters, Nadav Lapid… some of the most interesting but almost completely trousered ones in the arthouse sector.

The 33 features include Amreeka by Palestinian Cherien Dabis, The Iron Hammer by Joan Chen, Konstantina Kotzamani’s Electric Swan, Sisterhood from Tracy Choi, Ulrike Ottinger’s Ticket of No Return, and a breakthrough hit from Akiko Ooku called Tremble All You Want.

Also in the program is a 2019 feature by Li Shaohong, described as China’s most prominent female director and the current head of the China Film Directors Guild. A City Called Macau is offered by the Macao Film Festival, described as:

‘In the gambling underworld of early 2000s Macau, a casino VIP client servicing manager is swept up into a high-stakes melodrama amid epic-scale historical change.’

To really torment anyone still in isolation, we also have a documentary called Mugaritz Bso by Juantxo Sardón andFelipe Ugarte, offered by the San Sebastian Film Festival:

‘In 2007, San Sebastian chef Andoni Luis Aduriz and musician Felipe Ugarte joined forces on a project: they hoped to transform a restaurant menu into a musical experience. Aduriz, a longtime proponent of a “techno-emotional” culinary style, invited Ugarte to his award-winning restaurant Mugaritz to study his recipes and distill them into song with the help of more than 40 musicians. Understanding the intention, synthesis and the spirit of each of Aduriz’s recipes would be crucial for Ugarte to create a faithful world of sound, but the music also needed to be visceral, an intuitive awakening for the senses.’

That is so not fair!

Karlovy Vara offers Adela Has Not Had Supper Yet, by the ‘zany masters of madcap comedy’ director Oldřich Lipský and screenwriter Jiří Brdečka, whose talents combine to put detective Nick Carter on a romp through 1900 Prague to ultimately confront Adela, a Mozart-loving flesh-eating plant, loving constructed by Czech puppet-master Jan Švankmajer. It came out in the Seventies, when Central Europe trembled under the Soviet boot.

‘In this freewheeling action flick from Ugandan auteur Nabwana I.G.G. and his no-budget, gonzo super-studio Wakaliwood, a gang of child-snatching mobsters known as the Tiger Mafia hatch a new scheme, premised on the idea that the kids’ blood may have supernatural properties. But they make a fatal mistake when they kidnap the Waka Stars, a team of pint-sized kung-fu masters who soon turn their cunning wits and deadly skills upon their captors.’

This is in stark and utter contrast to:

It is something to watch fragments of Mabo in this context, proud in the world of cinema.