There is a lot at stake as the government tries to regulate Google, Facebook and the other social media companies. Is the battle real? Is democracy at stake? Is this just Murdoch rampant?
David Tiley 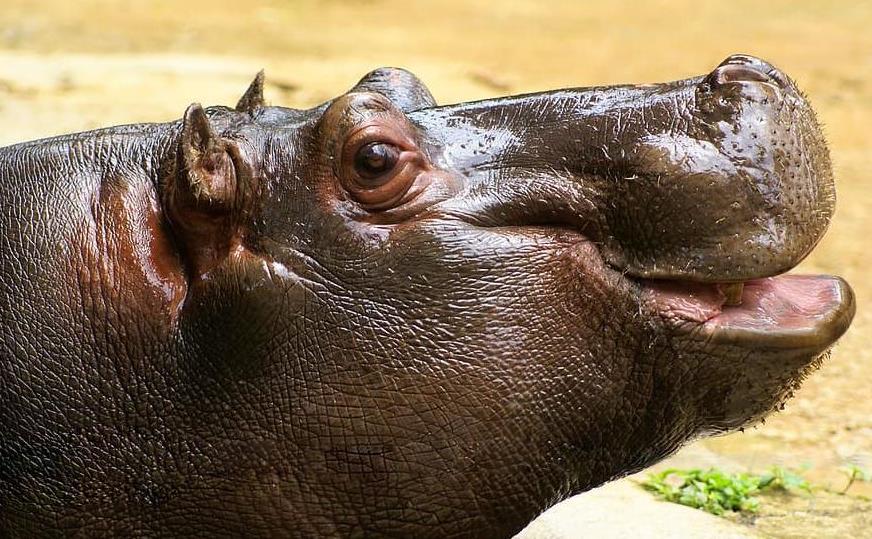 The hippo, like Google and Facebook, is a benign creature until you poke it. Then it is very, very dangerous.  Image: PXfuel.

Google and Facebook are a bunch of thieves – that’s the allegation which the large news proprietors in television and newspapers have been consistently making ever since the digital players arrived.

Now the government has backed the proprietors and is willing to make this a public brawl, using the Australian Competition and Consumer Commission, with Treasurer Josh Frydenberg and Communications Minister Paul Fletcher as the armchair commandos. They are on the attack even though Google has so far beaten off two European governments.

What are they fighting about?

Google started as a giant indexing system which allowed newspapers to accrete customers as they went online. To pay for that, Google put ads on the search page, which became increasingly connected to search terms. Attempts to define the links as copyright failed so Google harvested that resource for free in return for providing customers. They then consumed the advertising on the news providers’ websites to pay for the news.

Associate Professor Johan Lindberg from the Monash School of Media and Journalism is a former European journalist tracking the impact of policy on public communication. He argues that the news providers noticed that users were using just the link and the smidgen of information tied to it as the news source, so they never went into the site.

Google kept rising in value and developed much more sophisticated monetisation tools under its bland surface.

According to Alex Prior, an internet business consultant and former co-owner of this publication, ‘Google is a much more complex ecosystem than it first appears. Think about those special search blocks which appear at the top when you enter a search term. They attempt to contain all the information we need without clicking onto the site.’

Google was extracting news from the sites and repackaging it, without paying. Because customers never reached the site, they never clicked on the news company’s advertisers. Who pays for the content?

‘How do we fund our democracy?’ asks Prior. ‘News Corp has just closed down all its regional newspapers. Who pays for local council news?’

Late entrant Apple has done the same thing with its Apple News service.

Video providers are placing their clips on YouTube, which does provide some advertising money even though it is owned by Google. And YouTube Channels provide a brand base for companies on the provider.

The News Corp submission to the ACCC Digital Platforms Enquiry from April 2018 is tightly argued and very instructive. The company uses 144 pages to expose its objections to Google and Facebook and none of it sounds like a posture. Besides that raw question of hijacking searches, it talks about branding issues, the impact on morale, and the transfer of authority from the news system and publishers to Google. You know the phrase: ‘Just Google it.’ There are serious issues about fake news and public scepticism too, as reputable journalism is pitched against garbage in a morass of dis-identified content. The list goes on.

Prior argues that this is very important for paid journalism at all levels. We forget that the search engines are spidering across our content in order to make money out of what they find, and in a commercial marketplace, the creators needs to be paid as well.

Threaded through the debate is the question of data harvesting. The publishers know that Google and Facebook watch how the public search stream changes, and will adjust their responses to shape the flow accordingly. Most obviously, paid advertising is prioritised around search questions, devaluing news. News Corp claims that Google can discriminate against subscription content, or feed searches to different parts of a large corporation. How do we know how our curiosity is being sculpted to particular sources?

But data is much more important than questions of identity or truthfulness. The use of huge amounts of data, gathered around the entire world, creates products which are worth a huge amount of money and explains why these companies are worth such titanic amounts. News Corp points out that any analytical data which Google lets it have is but a tiny fraction of what Google knows about any transaction. At this level, Google and Facebook and its newer cousins can influence elections and redefine issues.

The ACCC has a special vocabulary based on its foundations in marketplace economics and competition policy. It and the government describe these problems as ‘bargaining power imbalances between digital platforms and media companies’. The whole approach is called ‘harmonisation reform’. The final ACCC report last July recommended:

‘Requiring designated digital platforms to each provide the Australian Communications and Media Authority (ACMA) with codes to address the imbalance in the bargaining relationship between these platforms and news media businesses and recognise the need for value sharing and monetisation of content..’

It was met with the rousing sound of silence. Google, Facebook and friends had no interest whatsoever in a voluntary code. In December the government threatened them with a mandatory code. According to a government background paper for journalists, there was a certain amount of action with notable resistance about payment. Then COVID-19 crashed in and the question became urgent.

The government figured it had no reason to think voluntary agreement would work, and sent the ACCC off to develop a draft mandatory code by July. The Treasurer himself was credited with an article in The Australian (not behind a paywall) in which he said:

‘The code will include a number of provisions, including those related to value exchange and revenue sharing; transparency of ranking algorithms; access to user data; presentation of news content; and the penalties and sanctions for non-compliance … It is only fair that the search ­engines and social media giants pay for the original news content that they use to drive traffic to their sites.’

The Europeans have tried to regulate the search engines at least since 2014. The EU privacy regulations are mired in a swamp of different jurisdiction and ugly court cases, while Google shut its physical presence in Spain in response to legislation to compel payment. The French tried again and Google now refuses to include URLs from French media outlets. On top of this, everyone wants these companies to pay tax. ‘Ptui!’ cry Google and Facebook, thus proving that their market power is indeed dangerous.

Where do we go from here? Ad News lists the pre-digested responses of Australia’s media barons, all of which are enthusiastic. News Corp, Nine, Seven West Media, ViacomCBS, Commercial Radio Australia and Free TV all line up together, demonstrating how this issue is as much about screen media as it is about print. After all, more and more of these organisations do both.

It is not fair to say that this is a News Corp gambit, even though Malcolm Turnbull’s new book places the Murdoch press close to the centre of Liberal power. Everyone is in it, in many jurisdictions. Le Monde and El Nuevo Dia are just as angry.

‘It’s a real question,’ said Alex Prior. ‘Somebody has to pay to create the content so you need a revenue stream. In the longer term, if Google doesn’t pay, the content will go away anyway.’

Across the world, online advertising is crushing the market once occupied by mass market print and television. The ‘content is neutral’ brainiacs hoped that they could take their legacy companies onto the net and harvest the new advertising revenue. To do this they need attention and data. Instead, Google etc nipped in front of them to put the advertising on their own sites with much more data to attract advertisers and shape their use. As Frydenberg’s op-ed says:

‘For every $100 spent by advertisers in Australia on online advertising, excluding classifieds, $47 goes to Google, $24 to Facebook and $29 to other participants. In Australia, this market is worth almost $9bn a year and has grown more than eight-fold since 2005 … Facebook has approximately 17 million users who are connected to its platform for at least half an hour a day…’

Johan Linderg is not hopeful the government will succeed in regulating the existing landscape. ‘We have never in the history of market economy and capitalism, seen anyone build such an enormous global oligopoly. We have allowed it to become so huge and we’re now grappling with the sheer size of them.

‘I suppose you could have tech solutions where you have different markets and algorithms to ensure content has been properly paid for, but I think it would still require quite a bit of policing,’ he said.

Can that be achieved? This is new territory and the experts belong to Google and Facebook, Apple and Microsoft. Unfortunately, Linderg argues, ‘The whole industry will either tip over or be limited to very few operators with very scant content so they have a long term interest there themselves. Most of them are built by people who come out of tech, and have very little understanding of the public good and the public interest. They built the platforms to make money, and they now need to start to understand that if they’re going to make money out of it, they’re gonna have to chip in.’

The government has now pinned its flag firmly to the regulation mast in an area which is much more intricate than streaming. If Google and Facebook win, it will be a very public humiliation.