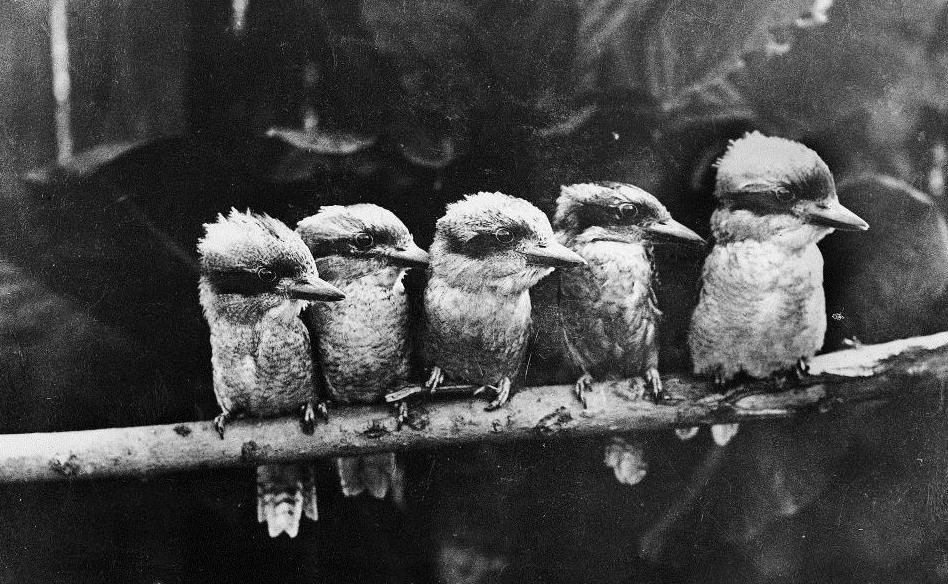 Too many birds and not enough worms – the documentary funding dilemma. Image from Tyrrell Photographic Collection, Powerhouse Museum.

The moment when Screen Australia puts a new set of guidelines out for discussion tends to focus the sector’s hopes and paranoia on one document.

In this context, the response of the documentary community to the latest proposal seems to be pretty mild. The real problem is not structure or priorities but the simple lack of money. While the agency is trapped around the $16m/year mark for documentaries, a new generation has arrived, the diversity of acknowledged creative people increases, and the demand for blue chip spectaculars continues to grow.

The neatest summary of the changes is probably this from the document:

‘PEP [the Producer Equity Program] has provided vital support for the creation of lower-budget documentaries. To ensure Screen Australia funding is directed to culturally significant projects that have an appropriate pathway to their audiences, Screen Australia proposes to replace PEP and redirect funding to a reformed Development Program, an enhanced Producer Program, and a new Completion fund.’

Unfortunately the PEP fund was not capped by Screen Australia and blew out by around $500,000 in the last financial year, with a graph that continues to climb. It was an excellent idea which turned into a monster.

PEP will be replaced by a completion fund, also comprising up to 20% of the budget. But it will be assessed on creative and commercial criteria, which should deflate the balloon.

Mitzi Goldman is a documentary maker, has run the Documentary Australia Foundation for 13 years, was head of documentary at AFTRS for six years and has run Looking Glass Pictures for the last 18 years. She has a wide view of the sector and is deeply committed to creating effective structures.

She told Screenhub: ‘The completion fund is not guaranteed. Filmmakers have to demonstrate a really clear strategy and path to an audience, which can include working with NGO partners. They are being assessed on the potential audience.

‘I don’t think that is a bad thing.

‘The commissioning pot is pretty much the same. Funding is around $7 million and is is broadening out to include online and SVOD. They are also open to international platforms as long as genuine Australian production companies are involved,’ Goldman said.

The Producer Fund is crucial for the independent community. As Screen Australia says, it provides: ‘Foundational funding for innovative projects with a strong creative vision on any platform … Targeted funding for high-quality, lower-budget productions … Continued opportunities for projects with international finance.’

There may be a little more money; digital productions are still covered the system has been simplified and there will now be five rounds instead of four. As Goldman emphasises, ‘It can still be the first stage, looking at bold and creative projects if they are first in.’

Development funding has increased as well, by maybe $500,000 in comparison with last year’s spend. The figures refer to both individual projects and initiatives. Screen Australia is offering:

According to Goldman, ‘There are three different stages. $5000 for initial work, then a general cluster at $20,000 and advanced in a final stage at $20,000 as well. That is a major increase in development opportunities.’

Simon Nasht is a vocal producer with an emphasis on broadcasters and their broad audiences, and who has partnered with Dick Smith to turn crusader.

‘The proposals contain some welcome adjustments,’ he acknowledged. ‘We all welcome the changes to process, making it a little easier,’ Nasht said.

‘The demise of PEP is unfortunate, but the real difficulty is that the replacement for PEP is now a completion fund, so it is harder to find the first 80%. The fact that it has become a competitive process is not a bad thing. It was inevitable because it was uncapped and they had to do something about it.’

There is still a huge problem with development, which covers all the preparatory work from core research to budgets, schedules and the preparation of sales material for the marketplace.

‘It doesn’t go far enough,’ said Nasht, ‘because the commissioning editors are demanding additional material. A reel is mandatory – if you don’t have one you don’t get in the door, really. I don’t know that the $20,000 limit is going to cut it.

‘If you are dealing in the international marketplace people basically want to see rough cuts and very well developed processes on things that can take a long time to unfurl. Should Australia put money in early? It is a difficult question. Can they be the first person in? They can do it on paper but they won’t have money to spend to get a production fully financed. It is difficult but it is the key.

‘I prefer a beginning fund and not a completion fund. We  have to do the research, take on the rights, build the reel and whatever you need to get critical mass,’ he continued.

‘The question is whether the agency can provide a more active role by being more engaged at the beginning of projects. It does mean taking on the risk that these films will not provide an audience. There is an argument that we should cut production funds in half and put half in development. Is that going to result in a worse or a better outcome? That would be more revolutionary than evolutionary. We would have to look at the cost benefit of that; it may result in more films,’  Nasht said.

Mitzi Goldman has similar reservations but with more focus on smaller production companies.

‘I would like to see more in production funding and less in the commissioned pot,’ she said. ‘I see a lot of budgets and fees and finance plans and from where I sit it is not really a fair distribution.

‘One of the things I see is a huge disparity between production companies with high fees and overheads and at the other end of the spectrum people who work for years and years and are not paying themselves anything. Because they will do it anyway, they are exploited by broadcasters who simply wait to acquire a film with a small acquisition fee.

‘They are often very talented filmmakers and make exquisite films but they are not paid at the same level. There is a duty of care on Screen Australia’s part to even out the funding a bit more knowing that the productions funded are bolder and no less important. It is a real inequality.

‘One option is to work with larger production companies but they lose their IP and they have to increase budgets. Screen Australia and the guilds need to stop this happening,’ said Goldman.

In the feedback process, the broadcaster response will be significant. The ABC and SBS are under pressure financially and will be asked to find higher license fees. They have consistently argued for an annual commitment so they can plan their own finances and schedules. This new approach means they are now in direct competition.

The sector has until 27 October to provide feedback. Screen Australia is offering a feedback page which includes links to all the ancillary information including a podcast from Head of Documentary, Bernadine Lim.

Public submissions will be posted on the site in November. You can also find a set of six interviews with documentary makers at different stages of their career.