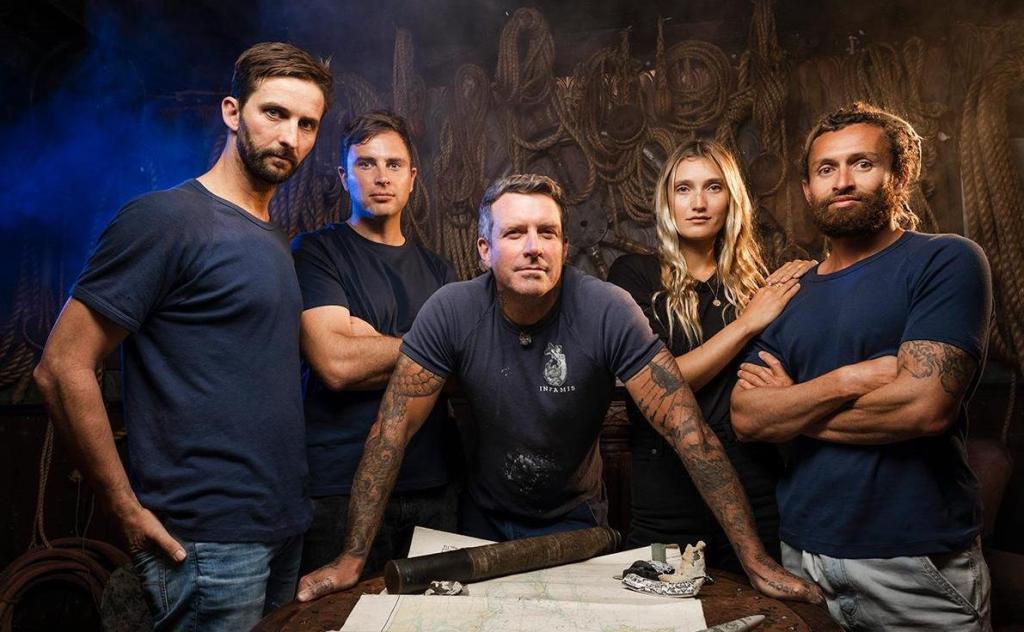 This is the first Australian documentary for the streamer, with principal production investment from Screen Australia in association with Screenwest and the Western Australian Screen Fund.

Often referred to as the ‘Treasure Coast’, WA’s vast coastline is the resting place for a predicted 1,600 shipwrecks, many of them from the period of Dutch exploration. The most famous of these is, of course, The Batavia (wrecked in 1629), but the series will explore a multitude of other mysterious maritime tragedies.

‘I’m incredibly excited to be working with a unique team of highly skilled divers, master mariners, ocean filmmakers and maritime archaeologists to share these captivating West Australian-based stories with the world.’

According to the Screen Australia media release, ‘a team of highly skilled divers and underwater filmmakers along with expert maritime archaeologists from the Western Australian Museum, will dive into one of the planet’s most spectacular ocean environments, showcasing thrilling discoveries and looking to solve some iconic shipwreck mysteries. Combining new evidence, the latest technologies and archival research, Shipwreck Hunters Australia is a fresh and vibrant journey into the mysterious past led by modern day ocean adventurers.’

Director and producer is Brendan Hutchens (Drawn to Water) of Fremantle-based boutique factual company VAM Media. His previous half hour doco Drawn to Water (2017) focused on the work of marine artist Roger Swainston and aired on ABC TV.

Hutchens is teaming up with the professional divers and underwater filmmakers from Terra Australis, a WA production company specialising in cinematic ocean-based imagery. (According to their website their multi-media content has recently been showcased on Netflix, Discovery Channel, BBC, Nat Geo, New York Times, MTV and Buzzfeed.)

Read: Postcard from Cairns: Biopixel delivers nature to a locked down world

Brendan Hutchens of VAM Media said in the release: ‘I’m incredibly excited to be working with a unique team of highly skilled divers, master mariners, ocean filmmakers and maritime archaeologists to share these captivating West Australian-based stories with the world. And what a platform to be sharing it on! We’re over the moon to be bringing Shipwreck Hunters Australia to Disney+. We’re grateful for the support from our production funding partners and for the hard work of our brilliant production team. Teaming up with the Western Australian Museum brings another level of expertise to these expeditions which will be action packed and full of adventure. It’s going to be epic.’

Kylie Watson-Wheeler, SVP and Managing Director The Walt Disney Company ANZ said: ‘We are incredibly excited at Disney to announce our first local production for Disney+. Shipwreck Hunters Australia brings to life epic shipwreck discoveries from an intrepid ocean adventure team. We know our Disney+ audience will be wowed by some of the most fearless shipwreck hunters in the world, all filmed on our stunning Australian doorstep.’

Read: De-funding feature documentaries: the numbers behind the rage

Outgoing Screenwest CEO Willie Rowe said, ‘With the support of the State Government, we’re thrilled to support Shipwreck Hunters Australia, an exciting first for a WA production company to be shooting a project for Disney+. We hope this paves the way for future series and other projects with the streaming giant, as they have shown a dedication to high quality documentary programming and commissions.’