Is there money in a racing helmet that looks like this? Both Go! and the Kelly Gang need a boost.
David Tiley 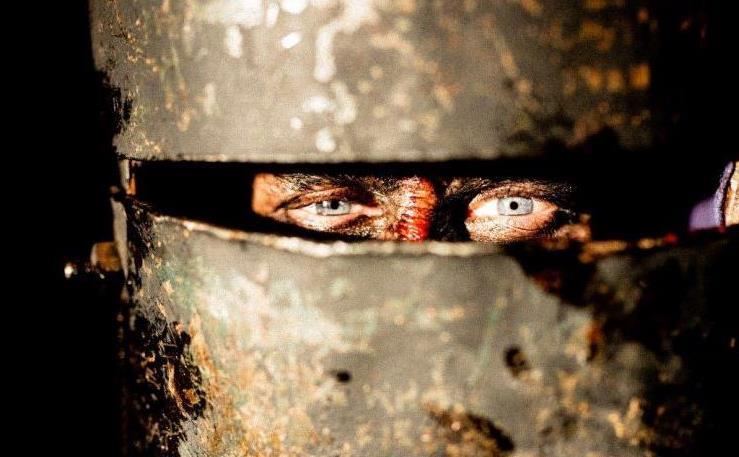 The True History of the Kelly Gang. Ignored on the big screen destined Stan.

Australian film Go! is a bit of a disappointment. Maybe it needed a car-racing dog. $400,000 in a week on 257 screens, though they are mostly daytime so they are hoping for longevity and not triumph against the odds.

Here is an interesting figure. Little Women is on $11.3 million in three weeks. It has taken $122 million in the US in six weeks. Very roughly it is doing over twice the US business here on a per capita basis since they have fifteen people to every Australian.

It is probably doing better than The Dressmaker. So it looks as if a truly female focused but lusciously conventional film does genuinely do well here, but maybe not so well in the US. If that is right, that would give us something to think about.

Bad Boys for Life took top slot as soon as it arrived, on a solid 369 screens at $15,563/screen. Arithmetic tells you it has already dented the public’s liquidity to the tune of $5.74 million. It is US$90 million worth of franchise, led by Michael Bay, which massacred the opposition in the US cinemas as well.

That would have been ugly because the opposition Was Dr Doolittle, which was chunderous the first time round in 1967. Everybody knows that creatures with two heads always belong in the bad critters team in creature features. But we’ve had weeks of apocalyptic small creatures death, and we took to Dr Doolittle like solace from heaven.

In the US Bad Boys made $87 million in its first weekend, against $32 million for Dr Doolittle.

Universal sensibly kept this release slightly smaller in Australia so it made $3.38 million off 294 screens with a respectable average of $11,502. So it did much better here than in the US.

By last weekend, mocked by everyone including us, Cats had made $3.85 million in three weeks. This week it has simply gone. Vamoosed. As if it has never been. Cats is still out in the US, reaching feebly for around fifty people per cinema in its shrivelled territory with $39 million altogether in the US against a budget of around $140 million.

1917 is at number two, holding fairly well and has now made $10.4 million at $14,000/screen. In the US, it is on $112 million which is around the usual ratio between Australia and North America. I reckon it could run for a long time until it drains the bath of possibilities.

Shaun the Sheep is finding the kids now with $2.32 million in two weeks and $2400/per. The Rise of Skywalker has $45 million, while Jumanji 2 is on $41 million in one week less so it won’t catch the space opera as we realised last week.

Harmless detective film Knives Out is doing pretty well at $13 million, while Little Women is on $11.3 million in three weeks. It has taken $122 million in the US in six weeks. Very roughly it is doing twice the US business here on a per capita basis.

What about our favourites?

Parasite is still running of course, trundling along at $2.33 million. Gorgeous French film with Binoche and Deneuve, The Truth is just under $800,000 in four weeks. Portrait of a Lady on Fire is almost at $600,000 and deserves more. Marianne and Leonard is having to work too hard and has only hit $220,000. Finke: There and Back is probably suffering bushfire wobbles because it is a summer sport film, and has made around $160,000. Pain and Glory, the personal film about Almovadar deserves an audience from our own community but is now dragging along on its knees at $742,000 and 7 screens with $609/per.