Very different visions of Australia pile onto our screens, though you may have to search to find them. Plus festivals like a chocolate box of surprises.
Screenhub Hivemind 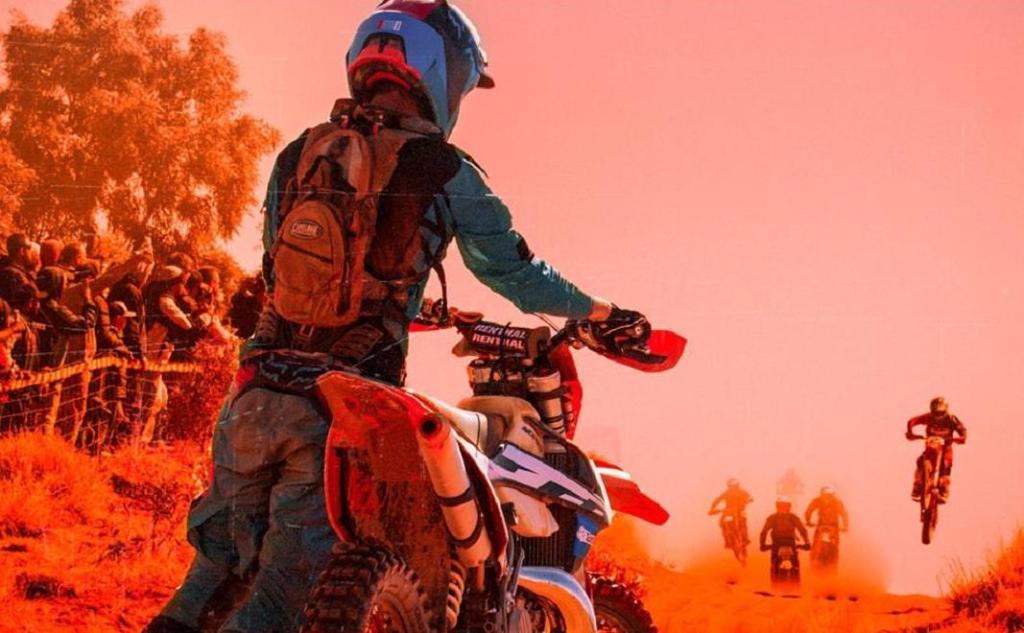 Ride Like a Girl is rolling along and the local word of mouth is definitely in favour.

Promised has arrived on limited release and is pulling audiences into its 40 screens. A portrait of Italian Australian life in the 1970’s by Nick Conidi and Tony Ferrieri, it features Tina Arena and Paul Mercurio. According to Screenhub’s Mel Campbell,

‘The narration sets a certain fairytale tone for this Italian-Australian melodrama, which Nick Conidi wrote and co-directed with Tony Ferrieri, based on the real experiences of his parents and their peers. It’s a very nostalgic, respectful homage to the love stories of second-generation Italo-Australians, whose big dreams have battled with their conflicted obligations to family and place – to be independent, modern and Australian, as well as loyal to their community’s traditions and values.’

Her review manages to be sympathetic and detached at the same time, to explain the pleasures and frustrations of a small film with real value.

Little Monsters has been on preview and should hit screens soon. Abe Forsyth’s latest comedy with serious intent is a zombie move with the internationally worshipped Lupita Nyong’o against the klutzy man-child Dave played by Alexander England. This is one way to find out if your friends are generous or cranky at the core because it collides some wonderful schtick and performances with some winsome tots and and the kind of romantic ‘hero’ that every mother dreads bringing into the world.

Our review from Anthony Morris brings his eye for technical comedy to bear. It is really worth thinking about.

‘The handful of traditional zombie gags here – zombie schoolgirls, a zombie park ranger taking a bite out of an echidna – are sharp, and it’s a little disappointing that there isn’t more of that comedy here rather than going for laughs from having characters act like jerks.’

‘Emu Runner is a story about the impact a mother’s death has on an Indigenous family living in an isolated community. It’s seen through the eyes of an eight-year-old girl (Rhae-Kye Waites) who forms a bond with a wild emu, causing conflict with a young and inexperienced social worker. It’s the debut feature from writer-director Imogen Thomas, co-written with Aboriginal Ngemba woman Frayne Barker and filmed in Brewarrina, outback NSW.  The cast includes Wayne Blair, Maurial Spearim, Georgia Blizzard and Rob Carlton.’

Stephanie Bunbury has a sympathetic take, based on interviews at the Toronto Film Festival where it played.

‘And now there is Emu Runner, the story of a nine-year-old girl who grows powerfully attached to a wild emu after her mother dies. Thomas developed and filmed it in Brewarrina with elders’ support, a largely local cast and a crew of volunteer professionals. Wayne Blair also chipped in, taking on the role of Gem’s grieving but determined father in between shooting days on Mystery Road.’

Almost under the radar, Genevieve Bailey’s indie-indie documentary Happy Sad Man has poked its head up. She made I am Eleven, about girls around the world which was released independently and charmed a lot of people. This film is about five men who have been shaped by chronic mental illness. Our reviewer, Glenn Dunks, found great value in it, saying: ‘A film made with a minuscule team, it is nonetheless unsurprising to hear it speak far tougher truths about the issue of mental health than Joker.  According to Paul Byrne in the SMH,

The film rewards close viewing. It’s a slow burner, and needs to be, to allow us to get to know the subjects. As we do, we begin to see the signs of distress, which they often try to hide, or divert into frantic activity. Some of this is positive for them. Grant, the surfer, has started a movement called One Wave, where strangers dress up in bright clothes and go surfing, to draw attention to mental health issues. In three years, it has spread around the world, building awareness, beach by beach…

It is running at least at Melbourne’s Nova and opens in Sydney on November 7.

On November 15, one of David Tiley’s favourite Australian documentaries from the last year opens on limited release. Finke: There and Back is directed and assembled by Dylan River, and covers the Finke Desert motorcycle race and its raucous, enchanted, dusty, battered and energetic audience.

Dylan River, who often works with his father, Warwick Thornton, is both a fine filmmaker and a bit of a motorcyle hellraiser himself. Isaac Elliott, the star, is a compelling personality who uses a wheelchair after a previous accident and is determined to run the route again, if with a bit more wisdom and enough strapping to deal with bulldust and barbed wire.

Madman love this film as you can see from the website.

This week we get to see one of the stranger sequels in the pantheon.The story world of genius director Stanley Kubrick’s The Shining gets a second visit, with the child Danny now a drifting adult. It has a powerful redeeming factor – The Shining was originally a book by Stephen King, no hack himself.

So King set up the imaginative space, and wrote the sequel, called Doctor Sleep. Our hopes depend very much on the director, Mike Flanagan who has done a lot of work inside the horror genre. Midnight Mass and The Haunting of Hill House are series; Oculus, Hush, Before I Wake and Gerald’s Game are features. Don’t invite this man to your lonely holiday house on Cemetery Hill.

Arctic Justice is a UK/Canadian animation which is one for the kids and may not be very good, according to Paul Byrnes in the SMH.

Last Christmas is a rom-com, a genre which needs a perfect froth, which comes from Paul Feig who also made Bridesmaids, The Heat, Spy and Ghostbusters. Reviews are not so hot on the grounds that the story falls into a manhole and drowns. But in the cheer of Xmas, still not that close, it may work if you are looking for a giggle.

Pain and Glory has developed a great reputation with audiences through a variety of limited festival screenings. Here is the Sydney Film Festival:

‘Pedro Almodóvar reunites with Antonio Banderas and Penelope Cruz in his most personal film yet: a gorgeous reflection on cinema, art, family, love, and sexual awakening. Banderas, in one of his very finest performances, plays Salvador Mallo, who has a fair few things in common with Pedro Almodóvar. Suffering from a range of health issues, Salvador finds himself in a creative rut. He lacks the physical strength to make a film, and this inability to create makes him more depressed. This artistic limbo leads Salvador to reflect on his life, his loves and his films.’

The Japanese Film Festival is working its way around Australia while the Jewish Film Festival this year has a program full of real gems. There is a particular emphasis on films about filmmakers, like Jacques Bolsey who invented the Bolex, Hollywood producer Carl Laemmle who started Universal Pictures and built the Hollywood Gothic genre, and Michael Curtiz, the Hungarian Jewish refugee who bopped Hitler on the schnoz with Casablanca.

The Alliance Francais Classic Film Festival is running, the Mini British Festival (aka Midsummer with Enid Blyton), and the 2019 Perth Pride Film Festival are all roaring through the Palace system.

The Russian Resurrection Film Festival started this week in some capitals, opens in Sydney tonight and hits Melbourne on Friday. Again, a bumper program.