Behind the scenes on Rachel Perkins’ Boyer Lectures

Rachel Perkins will unveil her work on the Boyer Lectures from Friday. In the meantime, we explore the ABC's editorial process to turn ideas into story.
David Tiley 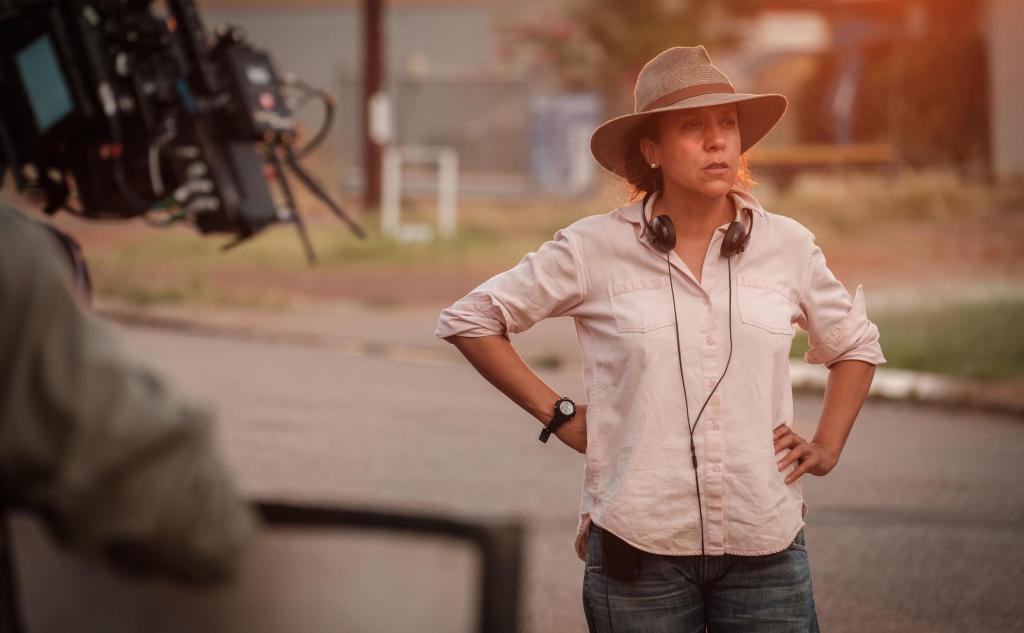 Rachel Perkins has been awarded the inaugural  Animal Logic Entertainment Illuminate Award for excellence behind the camera as part of the 8th AiF Awards Gala and Benefit in Hollywood. This image comes from the release.

Julie Browning, Manager, Society and Culture at the ABC, is mostly a radio person with the privilege of guiding the annual Boyer Lectures.

This year’s lectures come from Rachel Perkins, who will discuss the place of constitutional reform and reconciliation. It is a wonderful platform and a significant honour, a testament to an Indigenous filmmaker whose work is inseparable from her cultural struggle. Called ‘The End of Silence’, based on the Uluru-ku Tjukurpa or the Uluru Statement from the Heart they will start with a TV episode on ABC HD at 1.30pm. The three-part series starts on Radio National in the Big Ideas slot at 1.00pm on Saturday 16 November. It will arrive on the ABC podcast app.

According to Browning the Boyer Lectures are ‘really about the struggle to make sense of complex questions.  Some of the best minds in Australia are grappling with these issues and how they themselves are asking them, and how to enter their world and understand the complexities.’

Perkins will make the whole process seem effortless, but it a complex fusion of important ideas which must make sense to the rest of us in the spoken word. What happens behind the scenes to help a Boyer lecturer? Browning took Screenhub through the process.

Radio National starts work on the next year’s lectures just after the previous broadcasts. A group within RN and the executive workshops suggestions across the spectrum of significant thinkers and projects which encapsulate important problems. The group compiles a list of suggestions which are put to the ABC Board which makes the final choice.

‘Then we approach that person to see if they agree or not,’ said Browning. ‘Some people do refuse. Three to five lectures take up a lot of work and they are always busy people. Some are approached a number of times before they say yes, while others feel it is just not a forum for them.

Then, she said simply, ‘They go away and write.’ There is usually a window at the beginning of the year when they have more time.

‘The ABC lets them write the material. They deliver the lectures and radio gets to say how we will now make them sing on the airwaves. And we record one for television as well, as a public forum and lecture. We have to work out how it will work for television.’

‘It shouldn’t be abstract. It is philosophical but grounded in things that are happening at the moment. What is the place with this thing, this idea, this medical development or this technical development?’

Creating the closeness of audio

But the Boyers are much more than lectures. They must become an engaging piece of audio for both radio and television. While the creators are used to presenting in public they are not broadcasters, or presenters in a popular medium.

‘That is where the skill comes in behind the scenes and in the studio,’ said Browning. ‘You have to make people aware there is an intimacy of radio.’

That is at the heart of the genre and it has changed enormously over time. Gone are the declaratory speeches heard by families on the radiogram, or the races muttering through the house to the sound of summer cicadas. Now we listen alone in our cars, or at night in bed, or just folded into our headphones on the train. We hold our most intimate conversations on the mobile phone, colliding different worlds and sensory information together. When we listen we are no longer grounded in one place.

But how do you make the Boyer lectures come across but really engage with the ideas while being accessible and conversational?

Browning has three aphorisms which are almost meditations.

‘Make sure each lecture has a beginning, middle and an end but they are really linked as a body of work.

‘There is a lot of tension in most of the lectures. You are grappling with ideas you have no neat answer for. For this year Rachel’s lecture will grapple with really hard ideas.’

Read: How do we create intimacy in an audio story?

Here she is placing that tension at the heart of drama. In the search for meaning, the guest is intertwining personal stories, examples, concrete metaphors, rhetorical questions and the emotional journey of doubt and discovery.

‘Fundamentally,’ she said,’They can distill what the thing is about. Can they explain what they are trying to do in a paragraph? That clarity will help guide their thinking about what they need to elaborate. And for course for any audience in radio and television it is really important to bring yourself into the picture.

‘It is about starting from someone with that clarity of the idea and you build from that. It’s not simple but it is a precision of thinking. You create the blocks you can build on from and keep people with you. So it’s never overwhelming, it just builds.

From Browning’s point of view, Radio National is growing in power and audience. Money is tight but they have enough to do the job. A few years ago a ruthless change agent at the ABC could argue that RN was out of touch. Now we are seeing the need for authoritative enquiry growing as the truth is eroded, and audiences are used to grabbing their screen media the way they used to read the paper. Talk radio is back.

Julie Browning is celebrating the evolution of the spoken world. ‘Podcasts are best because they make all our content accessible to anyone at any time. RN does brilliantly in the podcast space. All in the Mind, for instance has extraordinary numbers. We reach numbers that ten years ago was impossible.

‘The Boyer Lectures deal with a minefield of ethical and political questions. They do that in such an engaging way they can go to anybody around the world to take part in that conversation. People are hungry for that engagement.’