Polly Staniford and Angie Fielder have strengthened their global reach with Rachel Okine, known here for her work at Hopscotch and eOne.
David Tiley 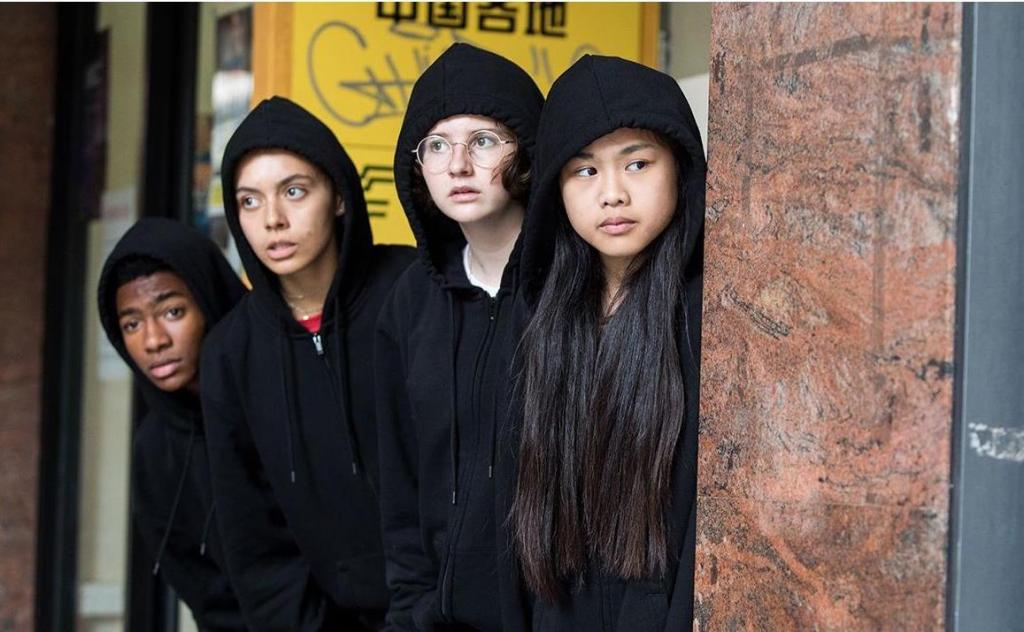 The Unlisted – 14-year-old identical twins, Drupad and Kalpen Sharma, work with a group of underground vigilante kids to stop powerful governments from imposing global control over the world’s youth.

The dynamic duo of Angie Fielder and Polly Staniford is about to become a trio, having enticed Rachel Okine to join them in Aquarius Films as their new managing director.

Aquarius is an increasingly successful enterprise which created attention with the Cambodia-located Wish You Were Here which opened Sundance in 2012. Lion, produced by See-Saw Films in association with Aquarius, was an international success. TV comedy series The Other Guy from Matt Okine and pre-teen sci-fi mystery series The Unlisted are both doing fine overseas through Hulu and Netflix.

Rachel Okine joined distribution company Hopscotch in 2002, and grew with the company’s marketing and publicity campaigns, and led the company’s new production division until she became head of development for its feature slate. She stayed with eOne when Hopscotch was sold, and built her sense of the international market even further.

You can see how their experience fits together. Angie Fielder said on the phone, ‘We are very happy with this, obviously. Rachel started this week and is working from London until she arrives in Sydney at the beginning of March.

‘The company is really about to go through a period of expansion. We have quite a big slate and quite a few things planned which are ready for production or in final stages of development. Given that both of us are qualified filmmakers and have degrees, we’ve done a pretty good job but we’ve arrived at a point where our talents and passions lie in creative producing, and that is where our partners want our attention.’

The company’s slate has become very complex and the landscape is now changing month month. ‘It has changed completely from even three years ago in terms of distribution and screening platforms’, Fielder acknowledged. ‘Keeping pace and keeping on top of this is essential but tricky.’

Towards the end of last year, Fielder and Staniford realised they needed more support on the business side, and someone with both judgement and vision to build a business direction extending through stages out for the next ten years. They knew Rachel Okine, who originally bought Wish You Were Here for Hopscotch, while all three of them had gone hungrily into the global market. In a nice connection, Rachel and Matt Okine are siblings.

Reporting to Aquarius founders Fielder and Staniford, Okine will be responsible for driving new business opportunities and financing models, working with the founders to strategize the company direction and steering Aquarius through the next stages of its growth. The company aims to have three-five projects in production per year and Okine will help manage Aquarius’ established strategic partnerships, which currently include Universal, Warner Bros. Australia, Anonymous Content, Netflix, Stan, SBS Australia and ABC Australia as well as seek new partners….

Bootstrapping a small company from Australia to the world is extremely difficult, but, said Fielder, ‘If you are in the business of content creation, there are a lot of opportunities.’

The sector is working with the temptations and difficulties of abundance.  ‘It is incredibly hard to make your project or film and TV series stand out. Not just in financing but more in the distribution and release phase. It is great to be working with the streaming platforms but so much is available that making it stand out is a real challenge. Not just for the platform but for the producers as well.

‘Marketing and promotion is nimble and agile and very very creative. Every story has been told and we have to work out how to do it in a distinctive way.

‘In film, we are definitely leaning towards big pieces of IP that are sizeable in budget and scope. That is how to get traction in cinemas. We are still doing smaller projects which have something specific, a social message or something like that. We still have that vision.

‘TV is different. You can afford to do niche in TV, and sometimes it is better to do niche than broad appeal. Everything from The Unlisted to a low budget comedy like The Other Guy.  It is compact and easy to make and a really efficient budget and it works really well.’

The release outlines some parts of the slate

‘Okine joins Aquarius at a dynamic time for the company whose upcoming slate of high-end, prestige projects across film and television includes Guy Pearce’s directorial debut Poor Boy, in which Pearce will also star; and the second season of the wildly popular series from Australian comedian Matt Okine, “The Other Guy”, which will premiere on Hulu in the US on February 14th.

Okine is a senior creative leader and specialist in international acquisitions, financing strategy and story development. From 2017 to 2019, she headed acquisitions for STXinternational across its UK theatrical distribution and international sales operations. Prior to that, she was the Paris-based Vice President of International Production and Acquisitions for French-owned studio/distributor Studiocanal, where she acquired titles for the French, German and Australia / New Zealand territories such as Ballerina, Tully and Logan Lucky, as well as overseeing all multi-territory deals and coordinating the international production operations.