Spread over four years, the money will enable the NFSA to deal with the emergency first outlined in a report entitled 'Deadline 2025'.
ScreenHub 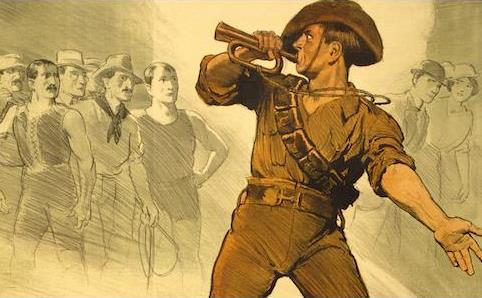 Perenially starved, fighting a tsunami of content, forced to choose between acquisition and accessibility, the NFSA is always starved for cash. Today Minister Fletcher made a funding announcement as part of a flurry of activity at the cultural end of his portfolio.

The NFSA will receive $5.5 million over the next four years. Sounds like junk money but it is claimed to be enough to ‘achieve the digitisation of all audio and video magnetic tape by 2025’.

That is not all the collection by any means, since it refers only to that part of it kept on magnetic tape, which is a much simpler exercise than storing and scanning celluloid. The move is triggered by the general archive realisation that tape disintegrates, the replay machines are disappearing and the experts are retiring.

According to the announcement,

The NFSA has been campaigning for donations with a useful video.

The Deadline 2025 document itself claimed in 2017 that

The additional funding required to increase the NFSA’s capacity to meet ‘Deadline 2025’ is estimated at $10 million. It will ensure all surviving tape‑based media in the NFSA collection is digitised and ready for long-term digital storage and access.

VIDEOTAPE There is approximately 45,000 hours of content on analogue videotape in the NFSA collection awaiting digitisation. To deal with this large amount of content in a short time requires a combination of in-house specialised work, for items requiring manual conservation treatment, and the outsourcing of ‘bulk’ tape. Approximately 8,000 hours of content requires specialist attention and work on the remaining 37,000 hours of ‘bulk’ tape could be outsourced at an average cost of $160 per hour of content. Competitive market approaches may result in lower rates, at least while there is still a market for such services. Therefore the cost of videotape digitisation is estimated to be at least $6M.

AUDIOTAPE Within the audiotape awaiting digitisation in the NFSA’s collection is about 12,000 hours of sound content on magnetic tape, over 30,000 hours of audio content on obsolete disc formats and 12,000 reels of audio content on perforated magnetic film. The average cost for magnetic audiotape digitisation is $100/hour. Discounting rare magnetic film and disc formats, the cost for bulk-digitising the audiotape holdings can be estimated as at least $1.2M. As perforated magnetic film rapidly becomes obsolete in the marketplace it becomes more and more precarious and the cost of digitisation per hour is likely to be much higher. The total cost for digitising all preservation-status sound material is estimated to be at least $4M.