You should watch… Miss Fisher’s Murder Mysteries on ABC iview 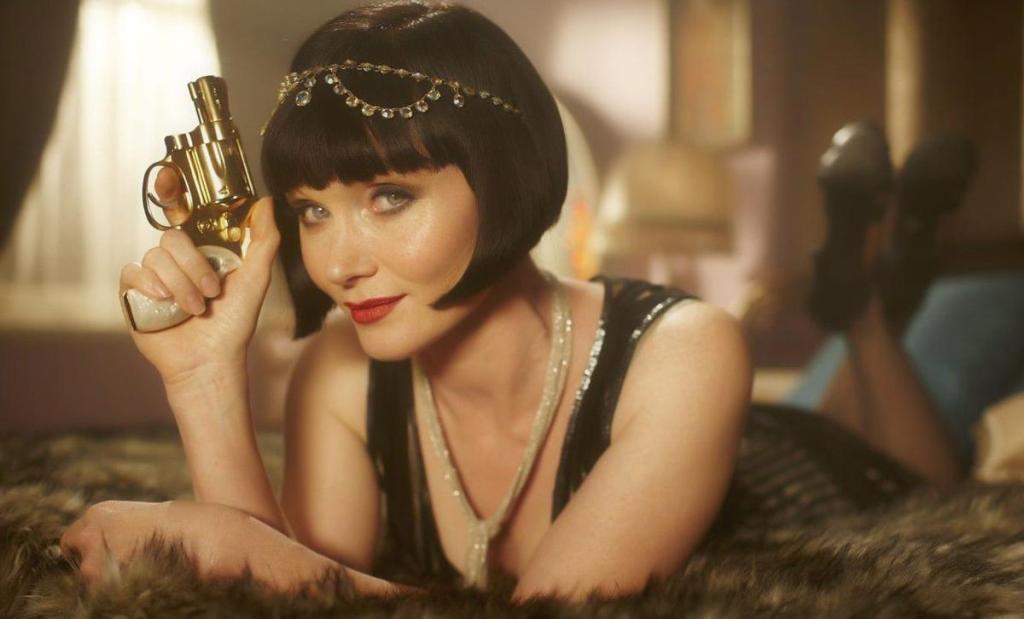 During Melbourne’s latest lockdown, Richard Watts (Performing Arts Editor at our sister site ArtsHub) discovered to his delight that all three seasons of Miss Fisher’s Murder Mysteries were available to stream on ABC iview.

Created by Deb Cox and Fiona Eagger for Every Cloud Productions and first screened on the ABC in 2012, the series concerns the adventures of eponymous heroine the Hon. Phryne Fisher, the creation of Melbourne-based novelist and lawyer Kerry Greenwood. After three seasons were shot and screened on the ABC (and subsequently in over 100 countries and territories internationally) a feature film, Miss Fisher and the Crypt of Tears, was released in 2020.

‘If you’re housebound by a pandemic, the glamorous world of Miss Phryne Fisher is the perfect place to retreat to,’ Watts said. Here’s his full (and glowing!) recommendation:

Each self-contained episode of Miss Fisher’s Murder Mysteries features a dastardly murder that’s solved within the hour by the unflappable flapper detective Miss Fisher and her friends – including Dot, her maid and close companion; Cec and Bert, a pair of taxi-driving communists; and Detective Inspector Jack Robinson, who brings the requisite unresolved sexual tension to the series.

Costumes are exquisite and the sets are dressed as beautifully as Phryne herself, while the cast – both the core ensemble led by Essie Davis and each episode’s special guests – excel themselves.  Unlike the grim and gritty tone of Scandi-noir, Miss Fisher’s world is far more sunny – fun, but not frivolous – though the writers don’t shy away from the gruesome when necessary.

What’s particularly fascinating is the way the series brings 1920’s Australia to life, referencing everything from the sectarian divisions between Catholics and Protestants to period attitudes towards gender and sexuality. The presence of Miss Fisher herself, and her refreshingly liberated attitudes towards casual sex and birth control, contrast strongly with the series’ depictions of women in other roles; and the series looks great – its budget of $1 million an episode is clearly displayed.

Having already watched series one and two of Miss Fisher’s Murder Mysteries when they first aired, I recently re-watched them with joy – they’re perfect comfort food for long lockdown winter nights – and have since moved on to series three. Now I just have to work out where to watch the film!

Miss Fisher’s Murder Mysteries is available to stream on ABC iview. Watch a trailer below: