You should watch… Dating Amber in cinemas 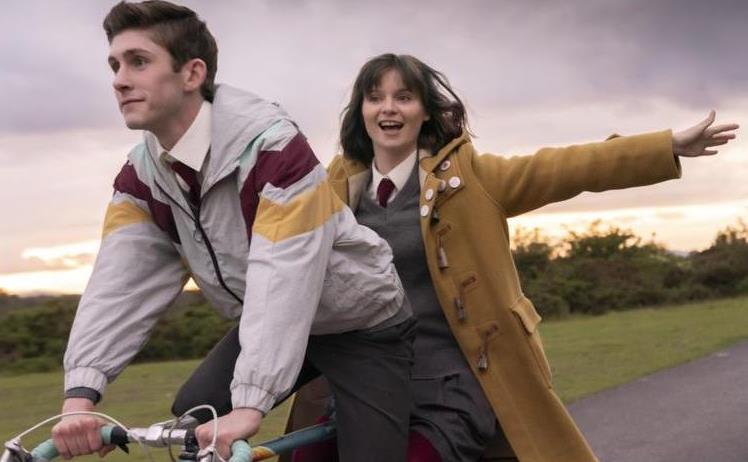 Dating Amber is a coming-of-age comedy about queer Irish teens in the 90s.

In the latest Screenhub recommendation, National Performing Arts Editor Richard Watts has been indulging his tendency towards hibernophilia with a new Irish release: Dating Amber, which tells the story of two queer teens who enter into a fake relationship in order to avoid the attention of their homophobic peers. Part coming out, part coming-of age story, the film gives you plenty of opportunities for both laughter and reflection:

Irish writer/director David Freyne’s semi-autobiographical second feature – set in the 1990s and originally entitled Beards – tells the story of two queer teenagers who pretend to date one another in order to avert their bullying schoolmates’ homophobia. The headstrong and independent Amber (Lola Petticrew) initiates the plan, to which the timid Eddie (Fionn O’Shea), who seems set on awkwardly following his father into the army, nervously agrees.

The mid-90’s setting quietly evokes an older Ireland, pre-marriage equality, where divorce was still illegal. It’s clearly an oppressive atmosphere in which to be different, an impression emphasised by the director’s decision to film in and around the Curragh army base: a physical representation of conformity and repressive masculine ideals.

Initially operating in a comedic mode, Dating Amber easily shifts gears as the story unfolds, finding new depths in its lead characters and ensuring some genuinely touching moments. Supporting characters are more flimsily sketched, as is a subplot concerning marital tensions between Eddie’s parents; another draft or two of the script might have helped sharpen both story and minor characters.

Ultimately, Dating Amber is an engaging story about the transformative power of friendship and the importance of being true to yourself, rather than giving into the demands of family and society. More a coming of age story than a coming out story, it will be released in cinemas on 8 July through Rialto Distribution – so unlike me, you won’t need a VPN to see it.

Dating Amber is in Australian cinemas 8 July through Rialto. You can watch the trailer below: